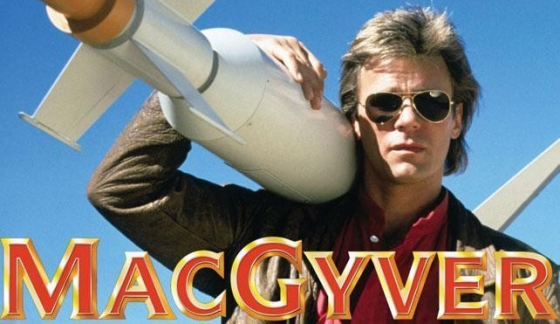 The ’80s just never seem to go away. In fact, of all the recent decades, the ’80s seem to be the one to milk entertainment properties from. Case in point, 2016’s reinvention of MacGyver starring Lucas Till and George Eads and we have to admit, it’s pretty good. Sure, it’s no Richard Dean Anderson-led vehicle, but the cast can certainly carry its own and Till makes a decent Mac. And let’s not forget that CHiPs movie from 2017, granted this show ran from ’77 to ’83, it still bled into the ’80s enough. The point is, even with several big screen adaptations, eighties television is still ripe for the picking.

So we thought to ourselves, “selves, what do we think could be the next big ’80s return to TV or Film?” We have a lot of free time on our hands here, but we think we’ve come up with eight shows that would do really well in today’s entertainment atmosphere. Let’s take a trip into the Quantum Leap Accelerator and travel back to the Decade of Decadence and bring back some of our favorite shows… which reminds us… 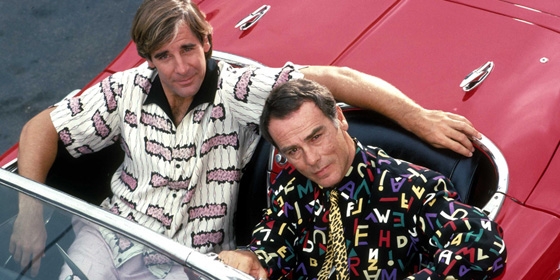 We all remember the tales of Sam Beckett (Scott Bakula) and his holographic assistant, Al (Dean Stockwell) and his body-leaping time travels inside the Quantum Leap Accelerator. The premise was simple: Sam was basically stuck in space-time and every time he would ‘Leap’ it would be into the body of some significant person throughout the course of his own history and even into present and future. He tried and hoped each time to come home, but never did. Could this be translated into the current zeitgeist? Absolutely! This show would be huge! Someone younger could fill the shoes of Scott Bakula, though he could make an appearance, or maybe even cast him as Al! We see someone like Zack Braff as Dr. Beckett… don’t you? 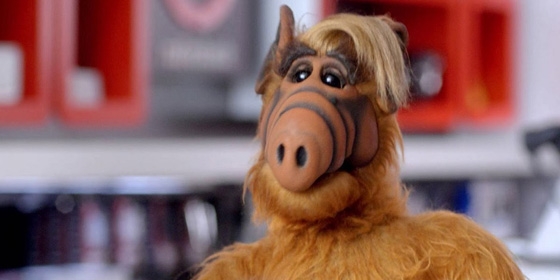 What could possibly be more appropriate in today’s world than a 3-foot sarcastic furry alien? Not much. ALF (or Gordon Shumway, if you recall) spent most of his days living in relative anonymity at the Tanner household spouting one-liners and trying to eat the house cat. His humor was irreverent and would fit in absolutely perfectly in our current Trump presidency and he’d absolutely kill it with daily observational humor on just about everything the wacky modern world has to offer. However, if the producers were really smart, they’d sell it to AMC or FXX so ALF could drop a few curse words here and there. It wouldn’t matter who is inside the costume (or heck, CGI for that matter) but he’d have to be voiced by Archer’s H. Jon Benjamin. 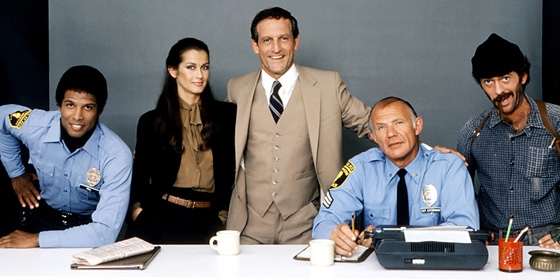 This classic police procedural is just screaming for an HBO update. The original focused on the fictional city of Hill Street and specifically their one main Police Station. The stories were gritty, poignant, and frequently pushed the boundaries of what network TV allowed, which is all the more reason to resurrect it on HBO. The cable network is known for its string of hits including The Wire, OZ, and Game of Thrones, and a new, even grittier Hill Street Blues would fit in perfectly. It’s about time someone recreated just what this show felt like when it aired originally, and it’s about time someone made a real, heavy-hitting cop drama again. HBO, get on it. 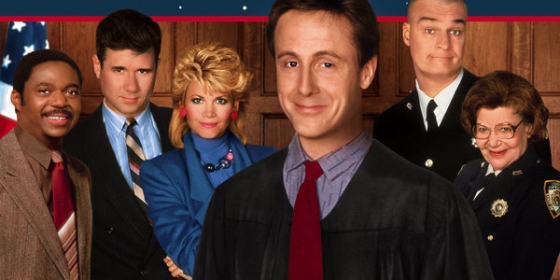 Stupid and very funny at the same time, Night Court focused on courtroom antics and the daffy defendants inside a late-night, small New York town court. Judge Harry Stone (Harry Anderson) led the madness with his aids, Dan Feilding (John Larroquette), Christine Sullivan (Markie Post), and Bull Shannon (Richard Moll). The plot mainly saw the humorous, nightly goings-on as Stone passed judgment on the silly criminals that came through his door. Nothing ever got too serious, and though it always brought the laughs, something about it felt more realistic than not. And since there are no shows of its kind on right now, bringing back the stylings of Night Court could work very well. We see Jerry Seinfeld as Stone (Maybe his comeback sitcom?) and Louis C.K. as Fielding? The sky’s the limit on this one. 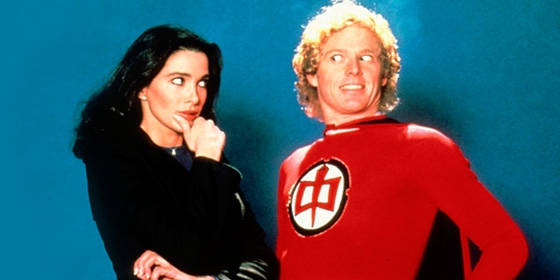 Think back and you’ll remember: the tale of a highly inept “Superhero” named Ralph Hinkley (changed to Hanley because, well, this ran during the Regan administration so… do the math) played by the wonderful William Katt who, once in possession of a red suit given to him by aliens, immediately loses the instructions and must learn how to be a hero on his own. And it was funny. Most often as he attempted to thwart evil-doers, his heroics would fail in his favor with hilarious results. He was partnered with Robert Culp and Connie Sellecca, who as his FBI buddy and lawyer respectively, would help him out of his idiotic situations. As you can see, this is another quality show that wasn’t quite given its due in the ’80s and needs to be re-aired as a half-hour sitcom maybe following Powerless on NBC and it could star Donald Faison as Ralph and Brian Cranston as agent Maxwell. Funny! 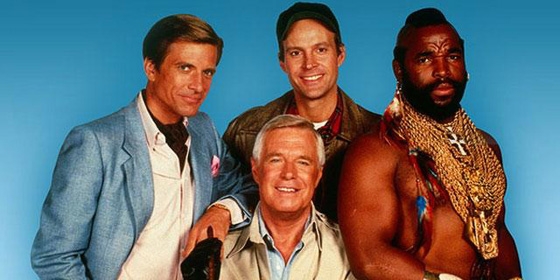 Yes, it was already made into a movie, but the movie was stupid. It needs another redemption as an hour-long comedy/action/drama it’s intended to be. Besides, can’t you already see Terry Crewes as B.A. Baracus? Or Barry Bostwick as Hannibal? Sure you can! Maybe Michael Richardson as Murdock? It screams perfection! And finally Zack Effron as Face? It sells itself! Anyway, we all remember the show’s premise revolved around a secret group of ex-military men who escaped a maximum security prison and went underground eventually earning a living helping those who couldn’t find it elsewhere. They often used military tactics, and nearly always ended up building some kind of convoluted vehicle to the tune of a rockin’ montage. This show could and should live again. Soon. 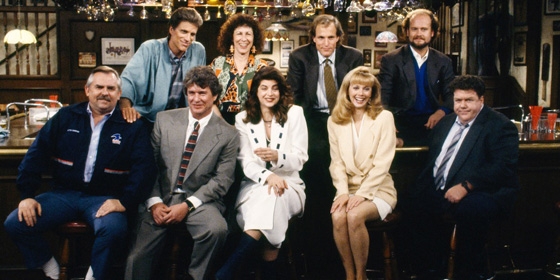 What Cheers did for the modern ensemble sitcom will forever be felt for the rest of time in comedy television. It was frequently filmed in front of a live studio audience, so the talent level alone was staggering. Using a bar (Cheers, duh) as a backdrop, the plot revolved around bar owner Sam (Ted Danson), bartenders Diane (Shelley Long), Carla (Rhea Perlman), and Woody (Woody Harrelson). Regulars showed up and rounded out the cast, in the form of Norm (George Wendt), Cliff (John Ratzenberger), and Frasier (Kelsey Grammer). Eventually, Rebecca (Kirstie Alley) stopped by, but no one really liked her. Anyway, there are precious few shows these days that take place in a bar or pub, and that’s a crime. Let’s get this show going and maybe even have it run by the Burrows and Charles group so it doesn’t suck. We’re pretty sure all of the cast is still alive and probably not doing much of anything anyway… so… let’s get on it! 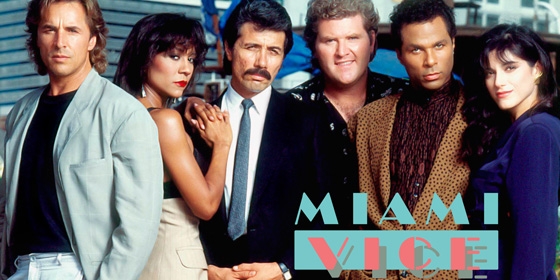 If any of these shows downright screamed The ’80s, it is this one: Miami Vice. Sonny Crocket and Ricardo Tubs were the main characters in this wonderful show, played by Don Johnson and Philip Michael Thomas respectively, and they handed out justice the only way two dudes dressed in ’80s neon club colors could. Most episodes focused on handling drug trafficking and prostitution which allowed the duo to end the weekly show with a kick-ass gunfight resulting in dead bad guys and happy, sweaty good guys. It was pretty thin but very cool. Since the idea was MTV Cops, the new show would have to be updated to fit into the modern style so… maybe Emo Cops or maybe Metal Cops… we don’t know, just make it happen.