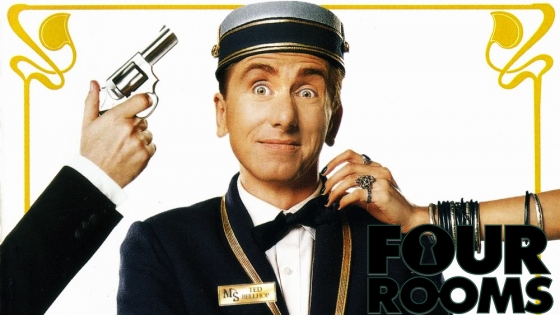 Hotel movies? Really? There are ten of those things? There sure are. Certainly a few more, too. But none have had the cultural impact as these eleven. Understandably not every second of the plot or the action takes place within the confines of the aforementioned hotel, but a darn good portion of it sure does. Using a hotel as a more than just scenery has it’s advantages as well. Let’s face it: hotels are creepy, generally pretty dirty despite the barrage of cleaning help, and always chock full of numerous places to hide out and cause havoc. So the next time you decide to go on a vacation where an extended stay at a hotel is par for the course, you might want to take along this handy list and, possibly, rethink your plans. 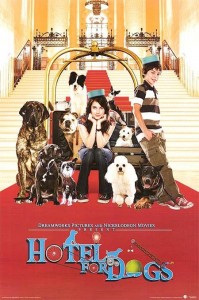 Andi and Bruce are lonely orphans who live with a set of ‘parents’ who could honestly care less where they’re at and what they’re doing so long as they never miss a meal. But, despite that fact, the siblings, along with new friends Dave, Heather, and Mark, start a doggy-daycare of sorts by converting an abandoned hotel into one just for the cute canines. They creatively build feeders, walkers, and groomers for the lost puppies and everything, eventually, turns out smashingly. 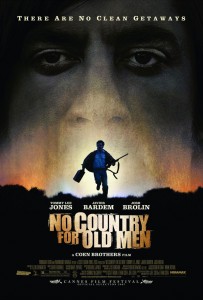 Llewelyn Moss has stumbled across a suitcase full of cash from a drug heist gone terribly wrong. But rather than do the obviously smart thing, by leaving it alone, he moves from hotel to hotel just barely ahead of killer Anton Chigurh. Stashing it in a air vent in the hotel room and renting the room that shared it, Llewelyn is eventually forced to remove the satchel, and find yet another hotel all together. This happens again, until, eventually, time and Anton catches up to him. Video may be NSFW… ya know, violence wise. 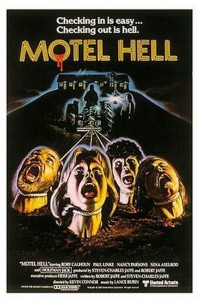 Vincent and Ida smith enjoy life on a farm as well as earning a little extra running the Motel Hell(o) (see, the ‘O’ lights keep flickering in and out). Vince also makes his own smoked meats that are arguably the finest around. Little do the folks know, however, is that his meat is all human all the time. Vince is smart: he booby-traps his land, snatches his victims, and buries them -vocal chords slit to prevent unwanted screaming- up to their chins on the farm land. Killings fill the film, and the motel stands as the most ‘Hellish’ of all time.

Peter McDermott’s hotel is in financial dire straights. Many of his guests are offering buying options, renovation ideas (up to and including an array of conveyor belts to be strewn about the place), and even a fellow attempting to rob the place. Along with all of this, there’s still the day to day work to get done, and Peter has to juggle all of that as well. But it’s the breathless elevator scene in which we find many of the guests trapped, along with the thief, and the backdrop of Peter selling the place to the buyer who opts to demolish it. Will they escape? Yes. Yes they will. What? It’s a 50-year old flick, calm down. Unfortunately there is no video available, because apparently they didn’t have YouTube back in 1967. Who knew? So instead we’ll use this image from the television series that followed many years later: 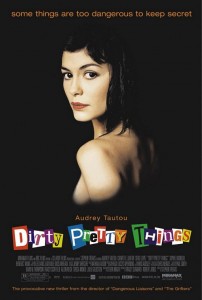 Okwe is a cabbie by day, but manages to man a London hotel front desk by night. Formerly a doctor in his native Nigeria, he is often given the job of aiding other, poorer, immigrants and cab drivers. A prostitute named Juliette finds, much to her and Okwe’s chagrin, a human heart in the toilet of the room she’s leaving. Okwe finds out that the hotel owner runs an illegal operation where he trades organs for passports. Okwe must flee after refusing assistance to the owner, and manages to do so with his Turkish roomie, Senay. But Okwe has a secret in Africa he must confront first. No, I’m not spoiling this one. 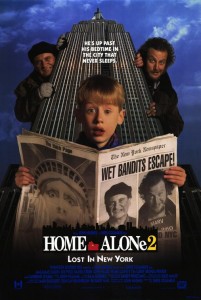 Kevin McCallister is all alone, again. However, unlike the predecessor, he’s all alone at the Plaza Hotel in New York City while the rest of his family end up where they’re supposed to be: Paris. Luckily, having watched the game show Ding Dang Dong before getting separated, Kevin is wise to the Plaza. Armed with his dad’s credit card, he has the time of his life, even though he has to dodge the likes of Rob Schneider, the wonderful Tim Curry, and the very same bandits from the original: Daniel Stern and Joe Pesci. Even though our own site showed no love for the film, it really is pretty fun and just as funny as the first. And like I said, Tim Curry as the Plaza manager is just perfect. 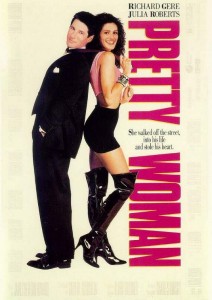 Vivian Ward is a hooker. And when a corporate raider, Edward Lewis, drives up asking for directions, she hops in, hoping to make a score. On the way to the hotel, he offers her the wheel since she just has to comment on his bad driving. While parking, Ed offers up himself for one hour, which, after a muddled and awkward conversation, becomes an entire evening. Soon, as Edward is requested at a special fancy dinner, he decides to hire Vivian for the week at a cost of three-grand even going so far as to find help for her acquiring a special dress, and help with acting sophisticated. The week becomes longer and a relationship ensues and blah, blah, blah. Yeah, there’s lots of hotel stuff, but shit outside of it. If you dig. 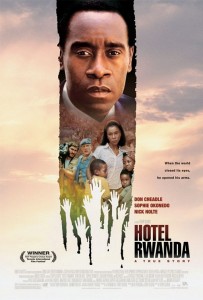 Paul Rusesabagina is Hutu, yet, his wife is Tuti and the two are from opposing tribes locked in a bitter, bloody was set in 1994 Rwanda. Paul is the manager of the hotel, and as he witnesses his own people, as well as those of the opposite tribe, drug out into the streets and beaten. Paul makes deals and offers trades to save the people and brings the refugees into the hotel as a safe house. As the hotel’s only manager, he must go between the Hutu injured as well as keeping the daily routines in order. Finally, with a failed attempt at a UN peace-keeping mission, he manages to save those he’s helped. 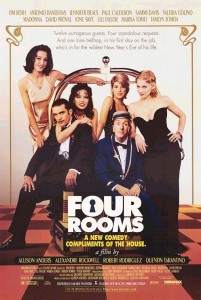 Ted is the new bellhop of The Mon Signor Hotel on New Years Eve. Unfortunately for him, he’s for the ride of his life. The move tells the tale of four separate yet tenuously connected stories (The Missing Ingredient, The Wrong Man, The Misbehavers, and The Man From Hollywood) where Ted must bounce from each occurrence solving problems, righting wrongs, and generally getting mixed up in everyone’s business. By the end of the night, with fresh cash and hacked finger aside, Ted manages to keep his job. Video is really NSFW for extensive and rampant ‘F’-bombs. 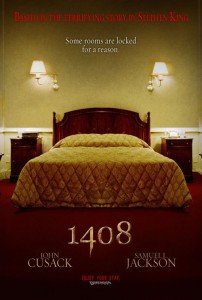 Mike Enslin is a horror author specializing in haunted hotels all over the country. He receives their requests, grabs his tape recorder and bag, and heads in. He’s written a few books, to a modicum of success, but is really looking for his big break. And then he gets a pamphlet from the Dolphin Hotel. Specifically, room 1408. The history is rich, the body count extensive and, evidently, the undead spirits lively. Though the manager tries his hardest to dissuade Enslin from staying the night, he eventually gives in. And then all absolute hell breaks loose. Great hotel and great flick. 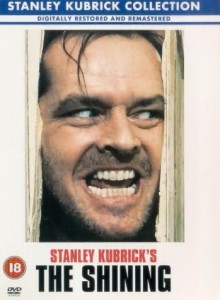 Where do you go if you’re an author, an alcoholic, and a generally unstable guy? Why a hotel with a grizzly history of murder as a new caretaker that sits atop a burial ground, that’s where! The Overlook beckons, in more ways than one, and little Danny Torrence, the son of Jack -Mr. Wacky- seems to have an ESP called the Shining, which warns him of impending doom… not the least of which is his bat-shit crazy dad. Jack begins to fall prey to the hotel, especially room 237, and is soon overwhelmed by the spiritual evils of the inn. Arguably the best and most disturbing hotel film of all time, and certainly a horror classic.