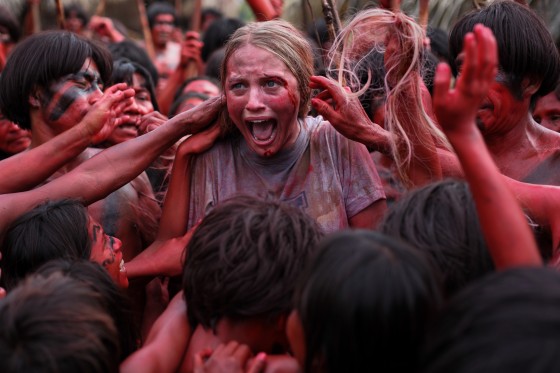 On April 16, 2014, Eli Roth released the trailer for his throwback to late 1970s, early 1980s Italian cannibal movies entitled The Green Inferno. While the trailer leaves much to the imagination, it shows enough to rile up fears that nearly unwatchable torture and terrible racism are what the movie has to offer, although in the latter case we assume that Roth is enlightened enough to avoid that. Press releases stress that the setup is an ironic one, wherein privileged college students from America visit South America to see the tribe they’re working to protect, only to be threatened with death by them.

It’s hard to say what the market for a film like The Green Inferno is. Horror is of course a reliable box office performer even during recessions as such relatively recent hits as The Conjuring demonstrate. On the other hand, it’s unlikely that the movie will receive as much free publicity and controversy as Roth’s old hit Hostel. “Enhanced interrogation techniques” are less of a hot button issue than they were back in 2005, which indicates The Green Inferno will have much less immediacy.

While many horror fans who saw it probably most strongly remember the unsatisfying taste that Roth’s much-publicized Hostel left in their mouths, Hostel II was widely regarded as a tremendous improvement on the original in terms of tone and audience sympathy. This indicates that Roth has learned the lessons of the old movie and at least knew to avoid making his protagonists as insufferable putzes as the original cast of Hostel when he began work on Inferno.

Roth’s decision to make a film that’s pretty much explicitly a throwback to 1970s & 1980s Italian cannibal horror films isn’t really a surprise. In the film Inglouious Basterds, his character uses the Italian alias Antonio Marghereti, a filmmaker both Quentin Tarantino and Eli Roth are fans of.

Marghereti most famously directed Cannibal Apocalypse, a film which The Green Inferno has an obvious kinship although Apocalypse is largely set in Atlanta, Georgia instead of any jungle area like the vast majority of cannibal films. Cannibal movies from this period also have a rather nasty reputation for envelope pushing (just like Roth used to) by doing such unacceptable things as really kill animals onscreen. Hopefully Roth also had the decency to not do that! 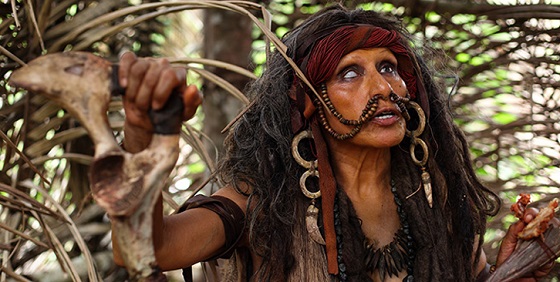