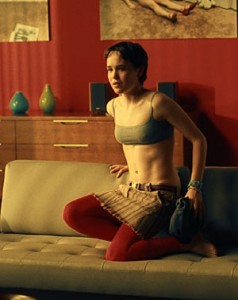 The 22 year old Juno star and Oscar nominated actress has agreed to appear nude in her next movie according to her manager, Kelly Bush. The movie will be in production in early 2010, which Ellen Page can be seen naked in a shower scene and sex scene. Bush addresses that “Ellen is a gifted and daring actress who’s not afraid to take on more challenging and mature roles.” The title, plot, and casts of the movie are currently unknown, but it’s reported that Director Marc Foster will be involved in the project.

There is no doubt that Ellen Page is one of the most talented young actresses in Hollywood, but for someone who has the look of a child to get naked on screen may not be very appealing to the audience. Let’s hope the movie will boost her career even more, rather than going to the opposite direction. We’ll see how it plays out.