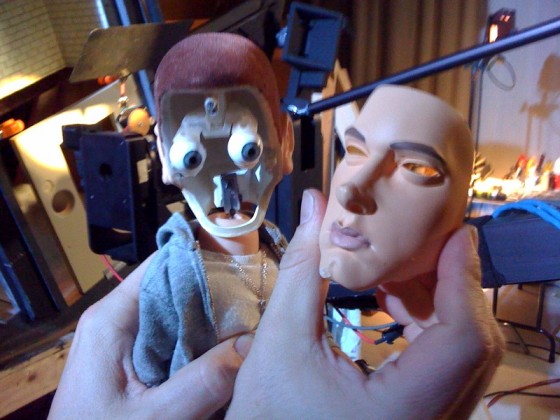 As the New York Post recently reported, Eminem is set to make his debut into the world of advertising, with a commercial for Brisk :

Eminem has struck a deal for a $1 million-plus Super Bowl spot to appear as a Claymation character in a Lipton Brisk iced-tea commercial. The ad, described by an insider as “very funny,” will give viewers a glimpse into a day in the life of the “8 Mile” star. The rap superstar has been preceded by Ozzy Osbourne and “Machete” star Danny Trejo, who are featured in the recently revived Brisk Claymation ads.

We have additional information on this commercial this morning, as we’ve received word that Eminem has worked very closely with the folks with Brisk. In fact he was given creative freedom for the project, and the idea used in the spot was actually his own. In addition there will be more than just an ad for Brisk, the star will also be working on a music program with Brisk.