Eminem, the Least Threatening Rapper Ever?

By Karl Smallwood on September 6th, 2012 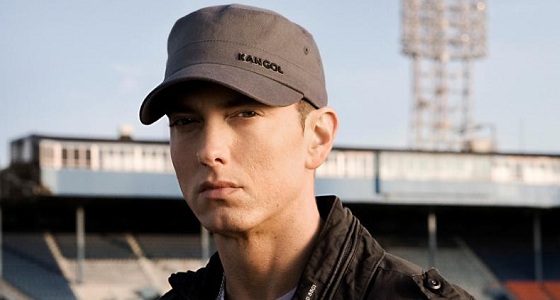 Eminem is a rapper of phenomenal, seemingly limitless talent. If you’re one of the eight people out there who doesn’t think so, tell me another guy who can come up with 5 rhymes for the word orange on the spot. But hip hop is just as much about image as it is about skill, and despite usually looking like he’s just about to beat someone half to death with a toilet seat, it’s almost impossible to look at Eminem and not find him adorable. 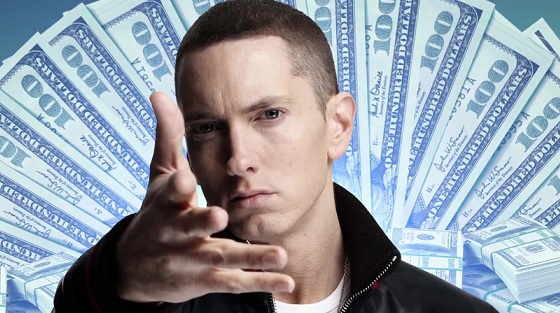 He just wants you to hold his hand.

Maybe it’s his self-deprecating sense of humor, maybe it’s the fact his songs talk about things other than shooting people in the back of the head. But there’s just something about Mr. Eminem that makes him seem nicer than the other rappers. If you want an example you only need to look at the list of feuds Eminem has been involved with. That’s right, Eminem has an actual section of his Wikipedia page dedicated to his feuds with other people, while the clash between Tupac and Biggie is more or less a short footnote.

His first feud was with the Insane Clown Posse, which, if you’re unfamiliar with who ICP are, kind of sounds like he pissed off a badass Mexican gang. However, most of you probably realize that ICP are universally considered to be kind of silly and that they suck kind of hard. Hell, the feud didn’t even last since Eminem and ICP resolved their collective differences over a game of bowling. Say what you want, but no one in history has ever looked menacing while bowling, especially the ones standing next to people in clown makeup. 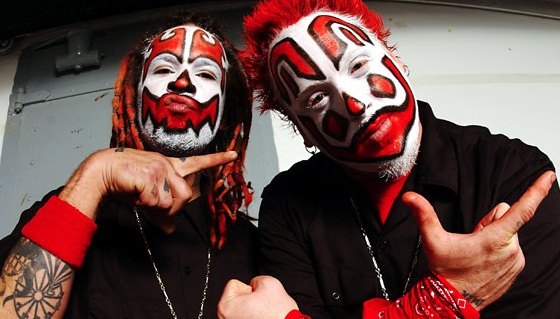 These are the kind of people you don’t want to piss off.

In fact, if you look at the list of people Eminem’s faced off against, the most threatening person on the list is Sacha Baron Cohen and that’s only because he’s a master of disguise and capable of growing a moustache capable of cleaving you completely in two, and that he may very well be the ghost of Freddy Mercury. The only person on the list who was actually angry with Eminem for a legitimate reason was Michael Jackson, the rest of the feuds were resolved or didn’t happen. Meaning, despite standing on stage every night insulting the shit out of more people than a box set of Family Guy, Eminem just hasn’t been able to make enemies. He’s just too loveable.

But by far the thing that makes Eminem seem like the kind of guy you’d want to have a beer with is that when he’s not rapping, or being the voice of a very sweaty generation, he looks exactly like the stereotypical fan of his music. Awww, can we hug him through the screen yet? 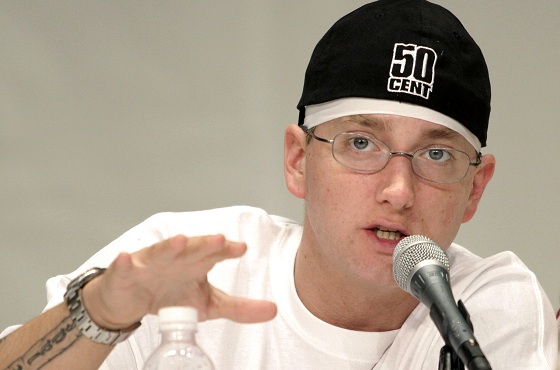