Two English Football Managers With Two Games To Save Their Jobs 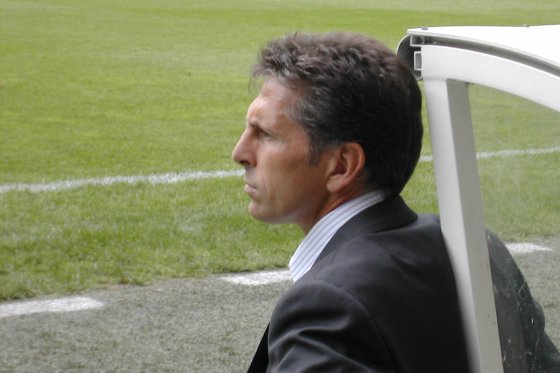 No one in Southampton or Leicester would ever confuse his tactics for those of Jürgen Klopp or Pep Guardiola, but saying Claude Puel had two matches to save his job is bonkers even in a Premier League more fond of pan searing managers than giving them time to stew in a Dutch oven with their assembled ingredients.

Those two matches, the ones well-sourced reports out of England were indicating Leicester City’s boss had to ensure that his gainful employment continues until the snows begin to fall anew, were just the 2nd and 3rd matches of the season. This after starting the ’18-’19 on the road with a loss at the hands of a class opponent in their foreboding and famous Theater of Dreams.

Get on with it then, Claude. We’ll wait, or not. 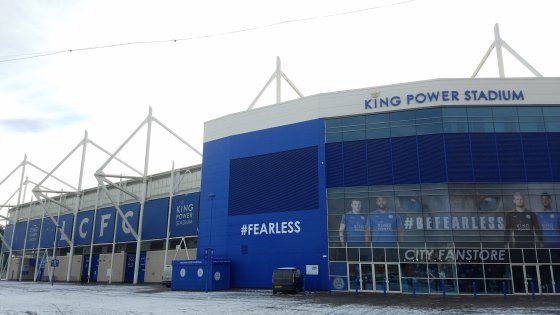 The Frenchman’s rear is off the burner, safe for another week, but losing a pair on the spin will once again push the Leicester City boss out onto the plank over the frigid North Sea water, and losing two games in a row is a matter of when not if for a mid table Premier League side. 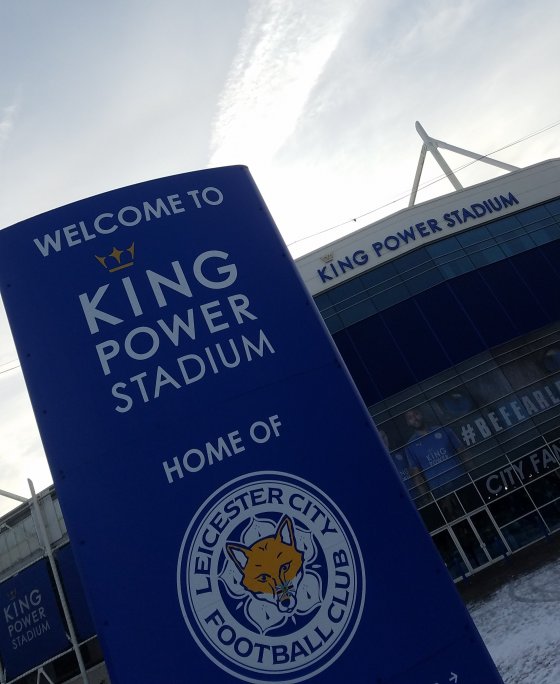 Puel could’ve been sacked in May. His taciturn style on the touchline and in front of a microphone could reasonably have been cut adrift after the ’17-’18 season he joined in progress after a disastrous start under once-caretaker, erstwhile manager Craig Shakespeare. Few would’ve shed a tear if he was vanquished from the King Power Stadium dugout back then but no, instead of parting ways he was retained and millions were spent on youth in the summer transfer window. By June and July, it looked like it would be Clause Puel’s charge to rebuild at the King Power but come early August, after a 2-1 defeat to Manchester United at Old Trafford in the Premier League’s opening Friday night match, that seemed in doubt.

Mommas, don’t let your babies grow up to be football managers. 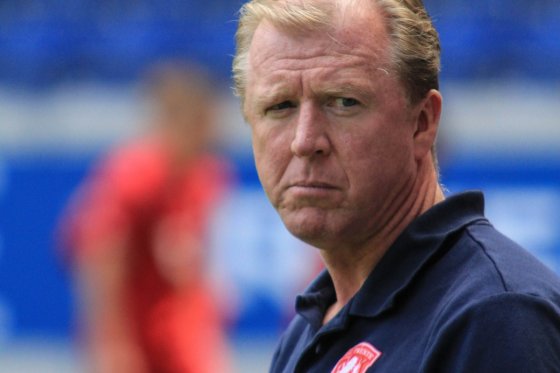 With Puel’s job security no longer back page fodder, for this week at least, it’s now a coach once seated on the sidelines of Old Trafford who is rumored to have two matches to save his job. Queens Park Rangers, a West London based club currently toiling away in the Championship (the 2nd tier of English football), suffered a summertime transfer embargo and fines under Financial Fair Play rules which put iron clad shackles on Steve McClaren, but the new boss is already in hot water after a 7-1 pasting from previously offensively challenged West Bromwich Albion at The Hawthorns and a 3-0 skewering by Bristol City at home.

Unlike McClaren, Puel doesn’t have many fans in England. Like a box of red wine from the grocery store, the 56-year-old’s top ten finish and league cup final achieved on the South Coast a couple of years back were rendered tasteless immediately and the accomplishments (they truly deserved to beat United that day and collect their first trophy in decades) haven’t aged any better. Still, it would be mental to sack Claude Puel now and for whom? Wenger isn’t going to be zipping up his anorak at the King Power, so that leaves perennial retreads Pardew, Big Sam? Please. If those guys are the answer, start asking more interesting questions. 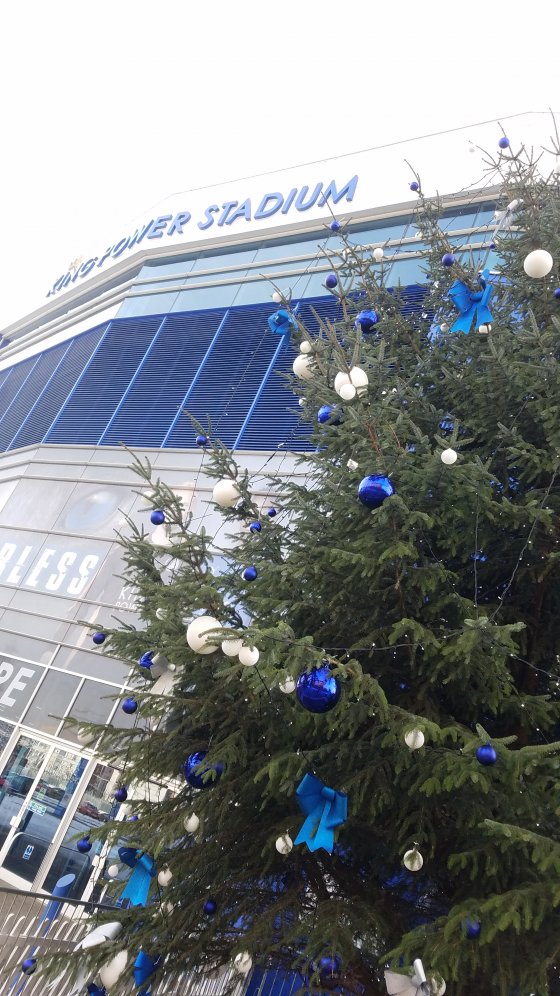 Leicester City should not be in danger of relegation — there is simply too much talent there in the starting 11, even after the sale of Riyad Mahrez to Manchester City this summer — and unlike Premier League peers up in Newcastle, the Foxes’ Thai owners have demonstrated no uneasiness in spending the millions of pounds required to compete for a best of the rest place in the table and possibly for the odd spot in Europe that Burnley surprised everyone to claim in finishing 7th last season. There’s also no hope of a repeat capture of lightening in a bottle to win the Premier League again, so Puel, as bland as his football can be and as unexcited as his front-facing personality most certainly is, deserves time to put his ingredients together and serve Leicester fans a solid if not spectacular main course. 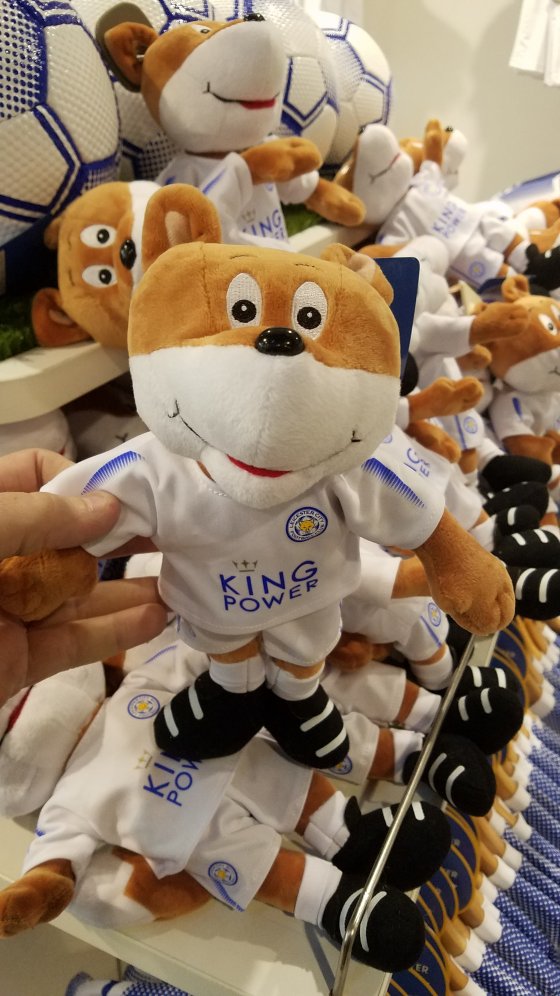 The Foxes next two games are the Claude Puel derby away at Southampton and at home at the King Power against Liverpool. Then it’s the dreaded international break when Premier League managers sometimes find themselves unemployed because there’s all that extra time on the training ground for new bosses to get a little bit settled before the league fixtures start again in earnest.

Hold on, Claude, it’s gonna be a bumpy ride.