If that amazing 5-minute photoshop job above or the title didn’t tip you off, I’m a Brit, an Englishman and a limey tea sucking bastard. I personify the British stereotype. I enjoy crumpets and I once declined pleasuring a woman in lieu of a cup of tea (seriously). So here’s an alternate view of yesterdays Super Bowl, an Englishman’s view. 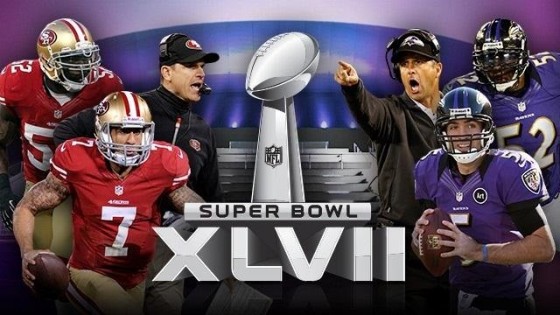 Now over here we had full, unrestricted access to the Superbowl, I mean that literally too, as although in the past the Super Bowl was locked behind a PPV service, this year it was televised live by the BBC. And here’s a quick fact for you, the BBC is pretty much banned from showing adverts. 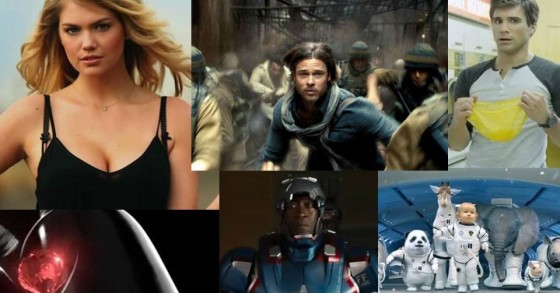 I have no idea what any of this crap is.

Now my knowledge of American Football is limited exclusively to the film The Waterboy and even I know that one of the best parts of the Super Bowl is the ads. The one time of year that companies say “screw this shit“, and simply throw as much of their money as possible at a celebrity to make them shill the fuck out of their product. And people love that shit, people write articles exclusively about the ads, and over here in Blighty we didn’t get to see a single one of them. Out of sheer annoyance I had to make do with this ad from the 2010 FIFA World Cup starring Daft Punk, because Daft Punk.

However, all that ad time had to go somewhere, so instead of seeing the only ads people actually want to watch during the year, I was blessed with awkward tracking shots of the backs of players I was completely unfamiliar with while a commentator made terrible small talk reminiscent of a man trying to convince a prostitute to play a game of just the tip.

I couldn’t find an appropriate image on Google, so here’s Daft Punk again.

As for the half-time show, I’ll be honest, I completely lost all train of thought the second I saw Beyoncé. I don’t know what she said, what she did, or even if she was any good. All I recall is that when I looked at her, I felt good. Which is probably a good thing.

The game itself was increasingly complex as, as mentioned we didn’t just have one source of information. We had an American host telling us facts and quoting stats like nobodies business, then we had a British host trying to explain what was actually happening. Something that only got more complicated when Bane decided to make his appearance. (That’s a joke about the lights being turned off! Topical) 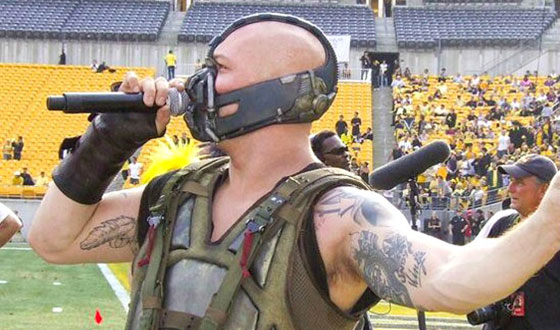 When the stadium plunged into darkness our coverage only got weirder, the glitches in reception only got worse, leading to times when we had visual but no audio, making a game I already didn’t fully understand even more complicated. A situation that was only aggravated when me and my friends couldn’t agree on why so many of the players were fat. Eventually we concluded that football players live the highlife and that they like to hustle. Every day.

In the end I decided to stop trying to follow or understanding sportsball, and simply decided to enjoy the fact I was watching men the size of fridges running at each other very quickly. When I did that the game became much more enjoyable, simply because there is never a time someone being body checked isn’t funny. 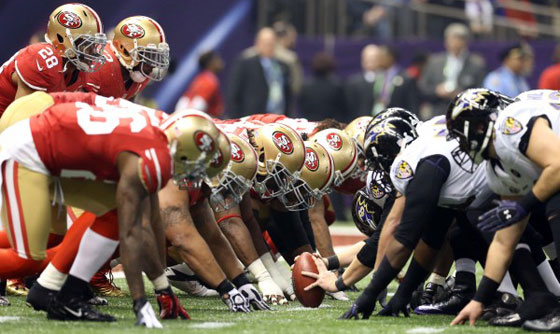 I still don’t understand football and I probably never will because it’s so underrepresented in my country. But I’ll always remember the 2013 Superbowl as the time I watched two brothers send an army of giant burly men to pummel each others kidneys into a fine paste to win a trophy while their parents watched from the sidelines. That’s the way I prefer to remember it anyway, its way more badass. 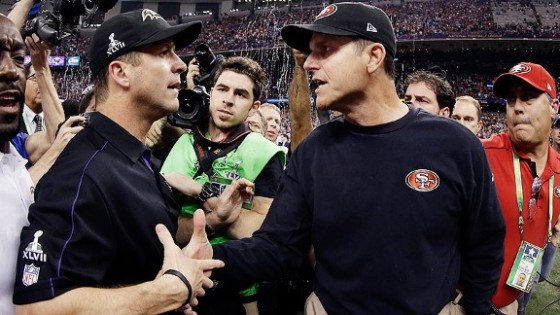