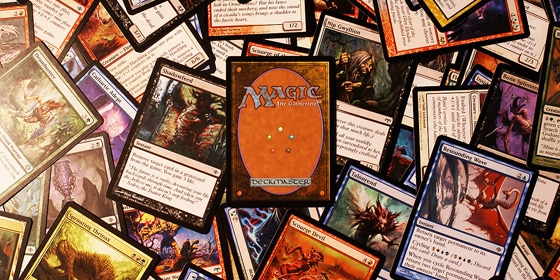 Collectible card games have been around since the mid-nineties and became most popular with the introduction of both Pokémon and Magic: The Gathering’s original rise. From the time that collectible card games arrived, they have continued to introduce magnificent artwork which has been captivating all fans young and old. Their ability to captivate the player speaks volumes when you realize that there are many possibilities for a battle’s outcome.

Although Pokémon and Magic: The Gathering’s original rise were the card games that started it all, they were only two out of the many that decided to try their hand. Other card game companies shortly followed in their footsteps to create similar card games based on the hottest trends and entertainment properties. Not surprisingly though, a lot of them didn’t last long enough to make a huge impact in the 2000s. But because of the internet, you can possibly still find them on Ebay. Today, we have five fun entertainment themed collectible card games listed below that might peak your interest. 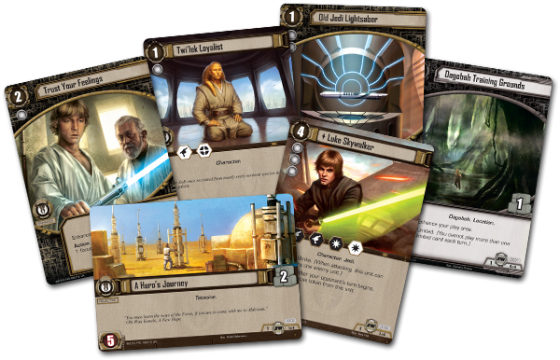 With Young Jedi, readers of a certain age will without a doubt feel a little nostalgic. How could they not? It’s Star Wars Episode I: The Phantom Menace, and to them, Jar Jar Binks was funny. This card game was originally designed to entice Pokémon fans and have a touch of Star Wars to it. The idea behind the card game is to fight your opponent for control of the planets in your galaxy by becoming your favorite Star Wars episode I character. It is actually pretty simple to play the game, so you can quickly get the hang of how everything works. The bottom line is that now anybody can join the Intergalactic Senate without having to worry about requirements or rules. 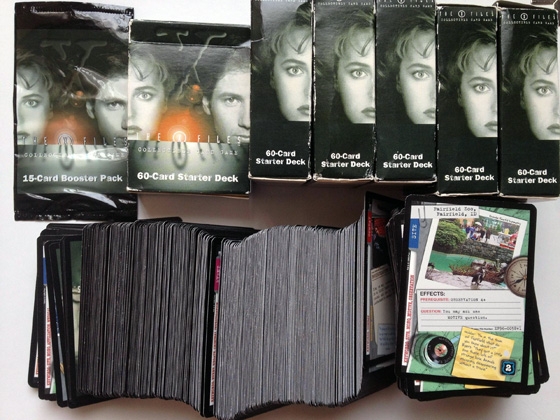 Right at the time that the hit show The X-Files debuted, the collectible card game shortly followed. The game is designed just like the show where two players take on the role of FBI agents and the first three seasons are replayed. The object of the game is to uncover your opponents X-File which they are hiding from you. The game has the feel of twenty questions but with a much darker side. If you are looking for a card game where you can become Mulder or Scully, then The X-Files game will be perfect for you. This will be especially true for those fans who want to focus more on investigating and solving mysteries and not so much with battles. 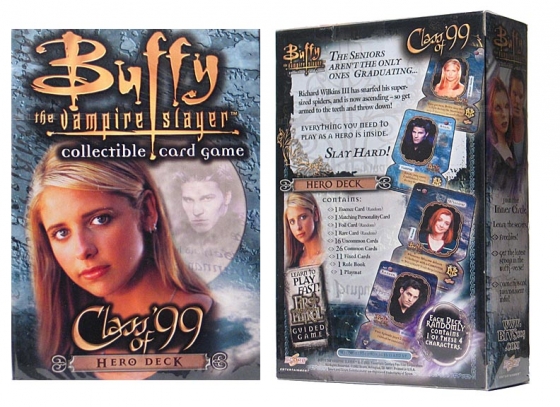 The Buffy The Vampire Slayer card game puts you together with the other Sunnydale kids to fight and slay all types of demons and vampires. The game has two players battling as either good guys or bad guys as they try to show dominance. You can have your character become either Buffy or Willow and have them face each other. The game’s winner is determined by whichever player either has the most control for at least six hours or whoever obtains ten destiny points first. If you were a goth kid during the nineties then the Buffy The Vampire card game will be perfect for you. If not, it is still a cool game for those of you who are die-hard board game players.

The Tomb Raider card game is based on the same video game which was designed for play on the PlayStation. You can enjoy many hours playing solo or together with your friends. You have the option to play any character available then after, you build your dungeon on your quest to search for many ancient relics. If you play with friends, you will be able to place many obstacles and traps designed from keeping others from reaching the treasure first. Tomb Raider is perfect for those of you who loved to play the original video game or loved the movies. Its features include awesome art thanks to the days of the polygon. 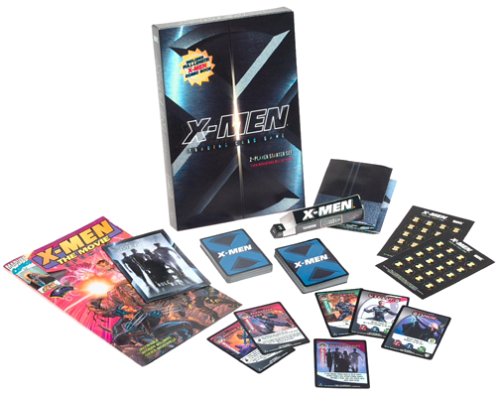 Based on the popular comic book and movie series, The X-Men has many similarities to the Pokémon card game. Something about building a team of mutants to battle each other makes the game sound very interesting. Although the card game was canceled after its first set, it was a simple and enjoyable game to play. The artwork had its own uniqueness which made a great attempt at combining both films and comic books.