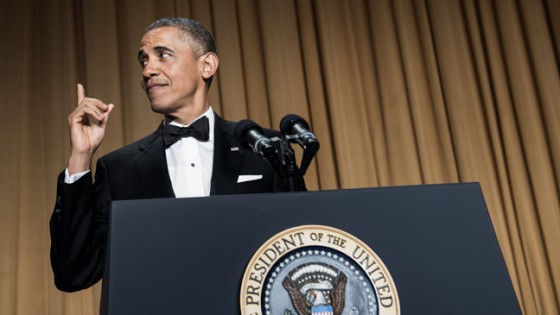 The annual White House Correspondents’ Dinner is a fabulous occasion for the President to get on stage and get back at the folks who give him so much grief during the year. This year’s event was no exception as Barack Obama knocked it out of the park with his comments from stage. 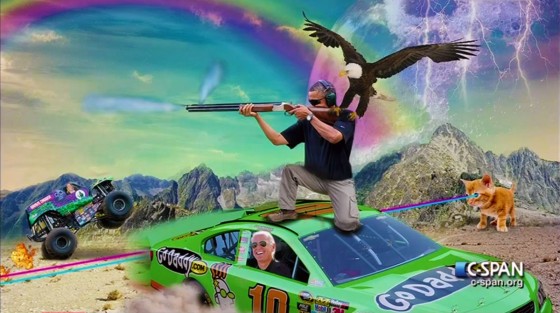 “That was an awesome day”

The highlight for us came when the President revealed the amazing Photoshop image above. People thought the skeet shooting photo of the President was altered, so Obama set the record straight by releasing the original. We’d love to know who has THAT job at the White House. Best job description ever : “Create epic Photoshop images of Obama and Biden abusing power.”

Check out the full video below courtesy of C-SPAN :