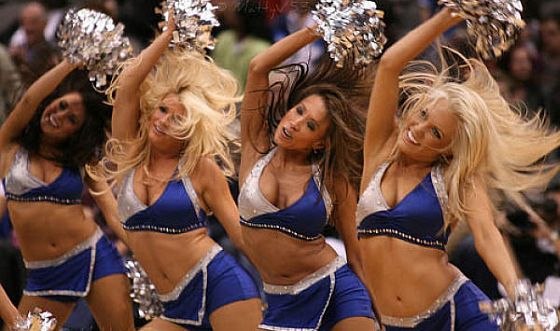 The 2012-2013 NBA preseason opens this week, and with it an army of reporters, bloggers and broadcasters go to work tweeting updates, breaking news and opinions on the new season. We’ve put together our list of the must-follow NBA related twitter accounts — 25 prolific tweeters who will make sure to keep you up to date on all the comings and going this season.

LeBron James says he has always gotten stronger as the months of the NBA season pass. Wonder if that's typical. http://t.co/TJEOzC6b

On way out to see Akognon and Co., can I interest you some NBA Power Rankings? ESPN's preseason edition: http://t.co/MrPuGp1D

Back on the NBA beat on Monday. Media days, scouting reports, with SI's NBA preview issue out at the end of the month. Here we go…

My first three posts today will be about food. Read into that what you cheese.

Speaking of I-told-you-sos, these 10 players are primed for big things this season. Notes on all – http://t.co/ZjAXAs2d

Ray Allen claims to not be bothered by Celtics ripping him. See story at http://t.co/8LIig9KV

The Heat are privately concerned about the future of Dwyane Wade due to health issues, George Karl despises the Lakers: http://t.co/LAjT3azW

Training camp tomorrow. Keep jumping up and adding things to my bag. Mom just told me to calm down. Feels like first day of school. Yay.

I'm very excited, I just got a John Koncak reference in the post I'm working on.

"THESE PEOPLE MAKING A GAME THINK DIFFERENTLY ABOUT NBA PLAYERS THAN I DO! THEY'RE IDIOTS!"

Hawks talked all day about all of their speed, athleticism and shooters today and all I kept thinking was "Golden State Warriors East."

NBA trend alert — the return of side parts http://t.co/5iu5Bw6B #TBJ