Yes, the very idea makes a man cross his legs in fear, but, sadly, in barbaric times, the unkindest cut of all was fairly common. Most men would just sit in the corner and weep. These guys got good and angry, and went out to kick some ass. Here are five eunuchs who didn’t let their lack of balls hold them back. 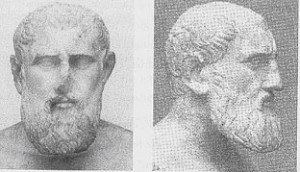 Eutropius basically spent his entire life getting back at the people who chopped his walnuts, and managed to take over a major empire while he did it. Lacking physical balls, Eutropius made up for it by being a complete bastard, he set up spy networks, designed a complex web of alliances, and wasn’t above using blackmail to rob people blind.

Oh, and he also successfully fought off the Huns, just in case taking over a major empire wasn’t enough. He was so good at playing the political game he was elected consul, second only to the emperor, in 398, purely because everybody was shit-scared of him. 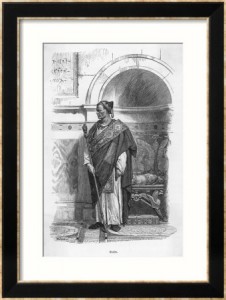 We’d make fun of the hat, but we’re pretty sure he’d kill us.

Considering the life of Narses, we’re kind of amazed they were able to find a pair of scissors big enough to clip his stones. He first earned the respect of the Emperor Justinian by walking into a rioting crowd who bumped off hundreds of people with a massive bag of gold. If that weren’t enough to prove his (metaphysical) cojones, then he found the political faction called the Blues, reminded them that Hypatius, the guy the mob wanted to crown, was a member of an opposing party, and bribed them. Yes, in the middle of a riot, he actually paid off a bunch of rioters and they split, giving Justinian the edge he needed to wipe the floor with Hypatius.

Later on, he saved Justinian from an assassination attempt, and, since he was 74, which was about thirty years older than the average person lived, and Justinian was very grateful…they sent him to kill a crapload of barbarians. They had a different idea of “retirement back in the day.

So what happens when a guy who was ready for a dirt nap and lacking any gonads goes up against the Ostrogoths, among the most feared and deadly barbarian tribes in ancient history? He kicks their ass into next week, that’s what, and kicks the living crap out of another barbarian tribe before that, just because he felt like it. And then, when the Franks and Alamanni showed up to back the Ostrogoths, he threw them back across the Alps.

So not only was he a senior citizen even by our standards and ball-less, he kicked more ass than you ever will. 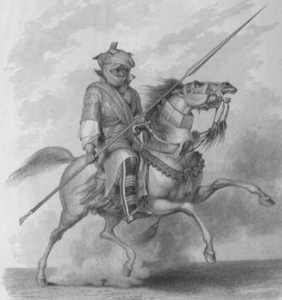 Unless your name happens to be Judar Pasha. Judar was born in Spain, captured as a baby, and made a eunuch. This, of course, fully qualified him for military service, so Sultan Ahmad I made him a pasha, gave him about five thousand guys, pointed over a hill and said “Hey, over there’s the Songhai Empire. Could you maybe do me a solid and subjugate them under my rule?

Oh, did we mention that the Songhai Empire was the largest empire on the African continent at the time? Or that he had to march his 5,000 soldiers across the Sahara to get there?

Needless to say, outmatched, exhausted, in a strange land with no maps or guides, Judar proceeded to work the Songhai like a speed-bag. Probably the most humiliating battle for them was when he approached their capital city of Gao, and they sent out 40,000 men, eight times his army. Unfortunately for them, Judar had had the foresight to bring guns, and the Songhai never heard about what happens when you bring a knife to a gunfight. They showed up with spears and left feet-first.

Of course, unlike Narses, Judar ended up getting the shaft: he was executed by Ahmad I’s successor, possibly because he knew his real huevos couldn’t match Judar’s long-removed ones. 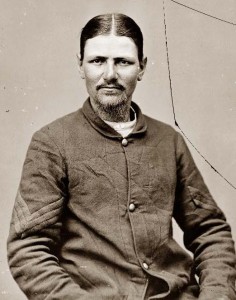 My foot up your ass is “More Than a Feeling”, bitch! – Boston Corbett

Of all the eunuchs on this list, Boston is unique. Not only did he volunteer, he took a do-it-to-yourself kind of attitude. Yes, that means exactly what you think it does. We’ll give you a moment to uncross your legs and get that look of utter pants-crapping terror off your face.

And then we’ll make you feel pathetic by telling you that after he did this horrible thing, he had dinner and went to a prayer meeting, no doubt walking up to random people during the day and saying “Hey, do you want to see something cool?

After doing that to yourself, pretty much anything stops being scary, although it helps that Corbett was a hatter and by all accounts a truly epic nutjob (we’re wondering just what their first clue was). So, volunteering for the Civil War? No problem. Getting captured and living in the infamous craphole of a prison Andersonville? Whatever. Hunting down and killing the guy who assassinated Lincoln in cold blood? Sure, he’s got nothing else to do.

Yep, Corbett’s the guy who gunned down John Wilkes Booth. After collecting a reward of over a thousand dollars, Corbett decided he wasn’t a big fan of, oh, civilization, and he decided to go live on a hole in Wisconsin. Yes, as in, literally, he lived in a hole, with cheese. Corbett was so scary that it took a natural disaster to punch his ticket; he supposedly died in a forest fire. We say supposedly because they never found the corpse. For all we know, he’s still out there and kicking ass.

The pirates called him “The Embroidered Scourge”.

Zheng He was a Muslim living in China, and that usually doesn’t end well now, forget the fourteenth century. He was captured, castrated, and shipped to the king’s court, where just to rub it in, they gave him the nickname “Three Jewels.

Apparently this toughened him up, because first the Emperor made him defender of Nanjing, and when Zheng He found that boring, the emperor at the time decided to put Zheng He in charge of a 200-ship fleet with a 28,000 man army. His job? Go around the Indian Ocean, impress people, establish trade links, and kick seven shades of crap out of pirates.

Which he did, and not only that, he fought a massive land war in Ceylon against the Kingdom of Kotte and then dragged their king back to his emperor to apologize for picking a fight. He also established several Muslim colonies in various Indian Ocean locations, presumably because he didn’t want anybody else getting castrated for their religion, but rather because he decided to go for the nut shot.

Zheng He’s badassery is so legendary, that even the current Chinese government, who aren’t exactly fans of religion, or imperialism, or people without balls beating up entire governments, have a day to celebrate his achievements, Maritime Day. That’s right: no nards, and he’s bad-ass enough to have a holiday named after him by a scary police state. So what’d you do today?