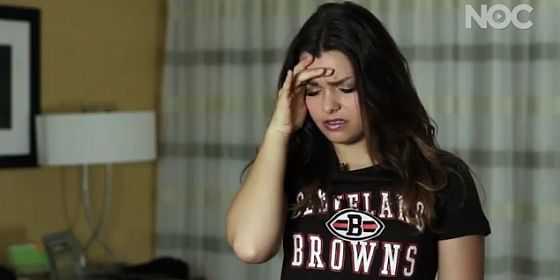 We’ve been hard on the folks over at The NOC in the past for their humor attempts, but they’ve scored a solid win with their newest video. Piggybacking off the “Every Fan of the NFL” they run every week, they’ve introduced us this week to “Every Fan’s Girlfriend”. Starring the lovely Reba Buhr from SportsBuddyz, the “girlfriends” range from angry to obsessed, but almost all of them are funny.

We just have one complaint: No one really believes that Bills fans have girlfriends.