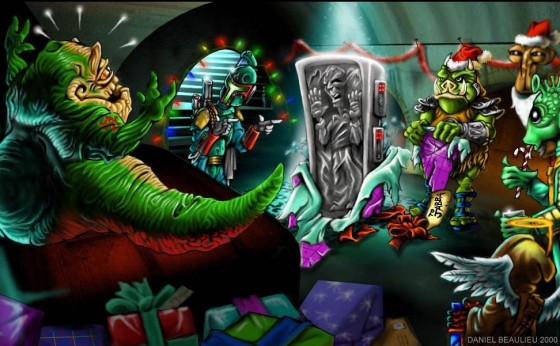 In a way the original Star Wars Holiday Special is a lot like a snuff film. Not many have actually seen it, but everyone has heard rumors of its existence. Unlike snuff, the Star Wars Christmas special did air one time and one time only on national television, at 8:00pm EST on November 17, 1978. Since then it’s mostly lived on in bootleg form, mainly due to George Lucas’s utter hatred of the project. However it was resurrected on YouTube if you’d like to subject yourself to the torture. 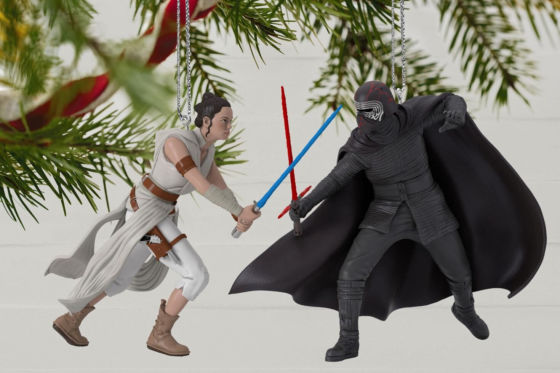 Despite the failings of that special, with the power of the Force behind it, Star Wars has taken over Christmas. At some houses, instead of decorating with elves and reindeer, they hang up ewoks and tauntauns. Many artists have also taken up the task of combing together these two beloved institutions; Christmas and Star Wars. The following gallery is just a glimpse of what a proper Star Wars Christmas looks like, both in reality, and in our imaginations. We’ll start with this new gem featuring The Force Awakens cast : 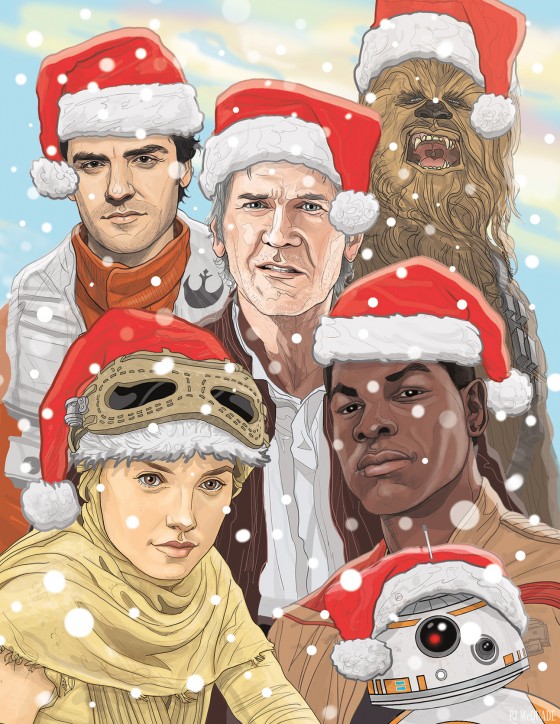