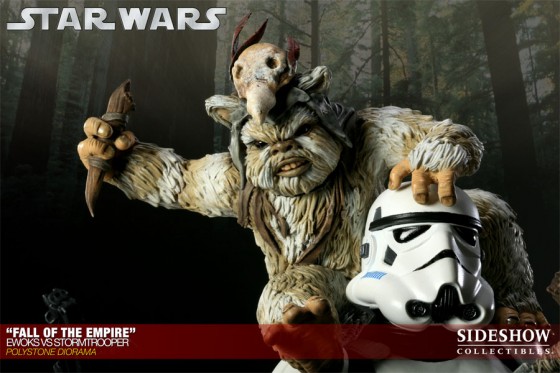 Pardon us, the Ewoks are merely ‘ganging up’ on the stormtrooper, and not what the headline implies. But on first look, a sick mind sees something different.

Anyway, Sideshow Collectibles is releasing Fall of the Empire – Ewoks vs. Stormtrooper, a very cool figure of three Ewoks beating the tar out of a Stormtrooper.

Stormtroopers are a hot commodity now, thanks to George Lucas making a figure out of Jon Stewart, and Gunaxin posting a hilarious list of other celebrity stormtroopers.

This figure, which will come out in limited edition in 2011 for $250, shows three Ewoks gangbanging ganging up on a stormtrooper.

Now, only if the stormtrooper had an interchangeable Jon Stewart head. 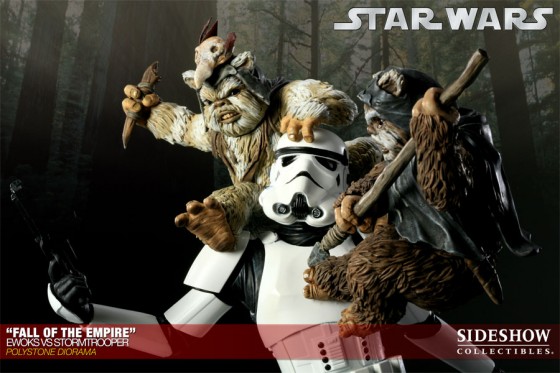 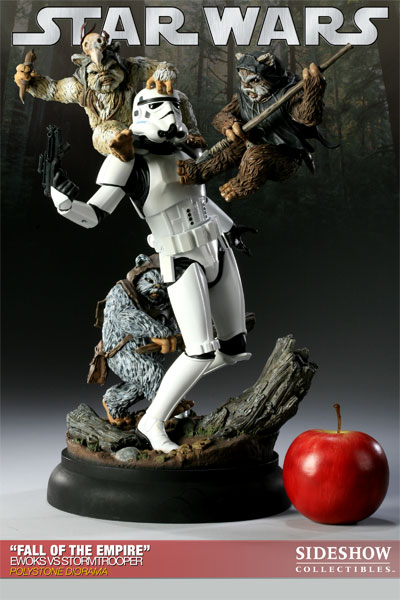 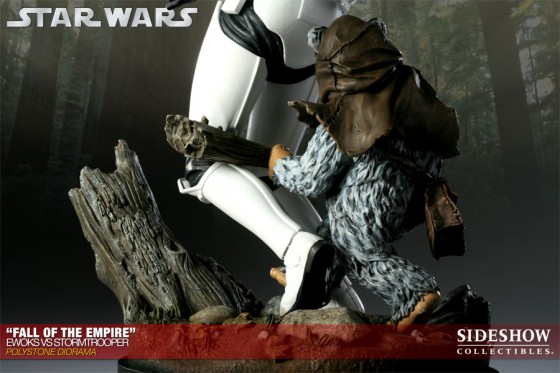