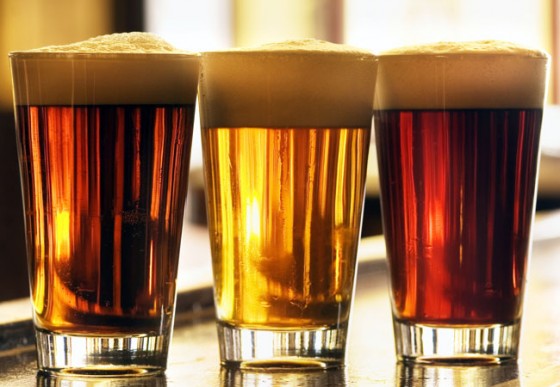 Wordy title, I know, but Summer doesn’t officially kick off until Mid June, though the unofficial start is Memorial Day weekend which is just around the corner. And since we are just really getting into the warmer heart of spring, it really is time to consider the kinds off beer you are planning on serving at the holiday get together as you fire up the grill and share bantering drivel between acquaintances.

Beer is important, and even more so than just the standard Bud Lite and Keystone, is the type you really ought to be serving to your guests. Yes, announcing the shindig as a BYOB event will definitely help you skirt any unwarranted distastes and side-long glances of longing for a different beverage all together, it’s still nice to have a 12’er on hand of something special that really showcases what you’re all about when it comes to beer. But let’s not rest on too many tried-and-trues, because as much as everyone likely enjoys Sierra Nevada Pale Ale and Anchor Steam, it really behooves us to dabble in the fare that’s a bit newer to the 2012 season.

So what should you get? That is the ultimate question for sure. For some unknown reason, this year seems to be already commemorating more samples in the ‘Shandy’ type of brews. Which is fine, I suppose, if you enjoy lemony beer. Which I don’t. But that doesn’t mean many of you don’t, so, knock yourselves out. Oh, and evidently there are now choices where tea is involved, also. So, rather than show my distaste any further, here’s a few brews Yahoo has listed, as well: The Best Beers of 2012.

Not a bad list, over all. There are a few I have sampled already on there, and, sadly, a few that I can’t get my anxious mitts on because I reside in Michigan: Home of our very own beer-basted Yertle the Turtle, Larry Bell and his empire who do, often, squeeze others out of the state. For instance, Dogfish Head. Which distributors claim is an internal issue… but somehow I doubt it. Don’t get me wrong; Bell’s is a Michigan staple and they offer some very good beers, including one style on here that is certainly our state’s Spring/Summer Seasonal of choice: Oberon. And yes, a decent Memorial mixer around here without Oberon is actually punishable by jail time. But I digress…

As you might have guessed, I have my own list of perfect Seasonal beers and though I highly recommend acquiring them as soon as humanly possible, I do understand that not every state can get every type, so I will also include a few secondary options just in case. Enjoy, and happy beer drinking. Because what’s the point of drinking beer if you can’t be happy doing it.

And while you’re enjoying a delicious beer, why not check out a new web comic featuring ZOMBIE CUPCAKES! And unlike beer, it is appropriate for all ages.

Notes: Though Baltic Porters tend toward the more robust and definitely darker styles of ales (a type not necessarily perfect for steamy summer days) this sample is just right for those often surprisingly cool evenings. Delicious, rich. and ripe with coffee notes and a slight bitterness. 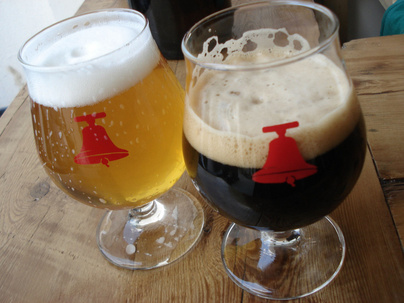 What is a Belgian Pale Ale? - These are beers similar to the traditional pale ales of England, although somewhat less bitterly hopped. -Wikipedia

Notes: Belgian Pales are an excellent example of a perfect summer style. They tend toward lighter, crisper, and clean finishes with only hints of bitterness. They are great for outdoor activities and often don't have APV's higher than 6, which means you can knock back a few and not regret it later. 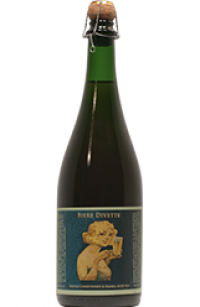 Where is Spalt? - Spalt is a town in the district of Roth, in Bavaria, Germany. It is situated 19 km southwest of Schwabach. The city of Spalt is famous for its growing of hops for beer. -Wikipedia

Notes: IPA's are classic bitter beers that typically swim with piney, resinous, grape-fruit notes and often lean toward the stronger side in America. This particular IPA uses select hops from the Spalt region of Germany which gives it a slightly more crisp and fruity note balancing out the tangy bitterness.

More info on American IPA's: -IPA has a long history in the USA with many breweries producing a version of the style. American IPAs are brewed with a single hop variety or a blend of varieties including Cascade, Centennial, Columbus, Chinook, Simcoe, Amarillo, Tomahawk, Warrior, and Nugget. This is in contrast to the Fuggles, Golding and Bullion hops of British styles. -Wikipedia

Notes: The inside joke here is in the beer's name: Linchpin. It is intended to be the connector between Founders in Grand Rapids, MI and San Diego, CA. 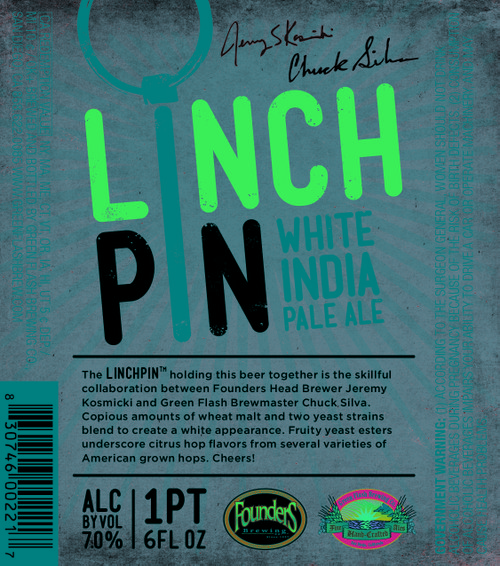 What is an Amber Ale? -Amber ale is a term used in Australia, France and North America for pale ales brewed with a proportion of crystal malt to produce an amber colour generally ranging from light copper to light brown. -Wikipedia

Notes: Ambers are another in the classic ale styles that are rapidly becoming a beer of choice for Spring and Summer most notably for their tendency toward lightness. However, much heavier and nuttier Ambers can be found, the majority are smooth and well rounded. In this case, when you add in the cloying pepperiness of chipotles, you definitely up the harshness level quite a bit. Especially at the end. 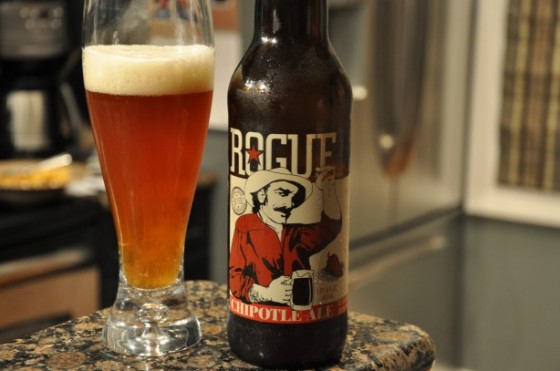 What is a Tripel? -Tripel is a term used by brewers mainly in the Low Countries, some other European countries, and the USA to describe a strong pale ale, loosely in the style of Westmalle Tripel. The origin of the term is unknown, though the main theory is that it indicates strength in some way. It was used in 1956 by the Trappist brewery, Westmalle, to rename the strongest beer in their range, though both the term Tripel and the style of beer associated with the name (strong pale ale), were in existence before 1956. -Wikipedia

Notes: Whether or not the term Tripel was originally tacked onto a brew that was far stronger than standard ales or even dubbels is hotly debated, but the fact remains that every Tripel I've had has been at least a 7 APV (with this one falling in at nearly 8.5). Yes, strong ales are more often reserved for colder nights, as they will warm you up, they're still excellent for outdoor barbecues. 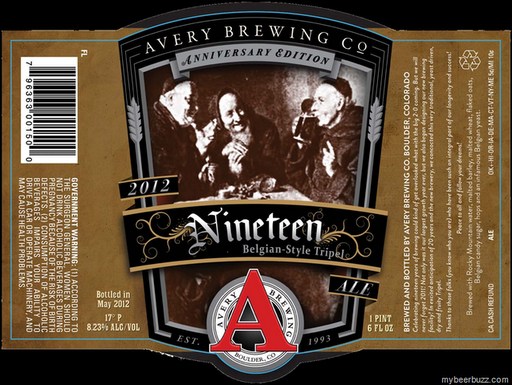 What is a lager? -Lager (German: storage) is a type of beer that is fermented and conditioned at low temperatures. Pale lager is the most widely-consumed and commercially available style of beer in the world. Bock, Pilsner, Dortmunder Export and Märzen are all styles of lager. There are also dark lagers, such as Dunkel and Schwarzbier. The term Lager is a cognate of ligrs, Gothic for "place of lying(down)". -Wikipedia

Notes: Sam Adams is one of the most consistently brewed micro-beers in the world. Lately they have been truly branching out with several new styles including a slew of IPA's. One of their claims to fame is the blending of specific families within a style. In the case of Alpine Spring, they have blended a Kellerbier, a Helles, and a Bock. It is a very tasty sample indeed. 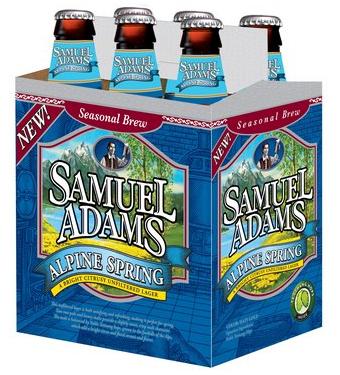 What is an Oyster Stout? -Oysters have had a long association with stout. When stouts were emerging in the 18th century, oysters were a commonplace food often served in public houses and taverns. Modern oyster stouts may be made with a handful of oysters in the barrel. Hence the claim of one Dublin establishment the Porterhouse Brewery that their award winning Oyster Stout was not suitable for vegetarians. Others, such as Marston's Oyster Stout, just use the name with the implication that the beer would be suitable for drinking with oysters.

Notes: As oddly off-putting as oysters mixed with a heavy stout sounds, it really is an amazing amalgamation. Don't expect a hearty sea food flavor to dominate, because it just doesn't. However, there is definitely something discernible there.

What is an American Pale Ale? -American Pale Ale (APA), was developed around 1980. The brewery thought to be the first to successfully use significant quantities of American hops in the style of APA and use the name Pale Ale, was the Sierra Nevada Brewing Company, who brewed the first experimental batch of Sierra Nevada Pale Ale in November 1980, distributing the finished version in March 1981. -Wikipedia

Notes: As with the more bitter IPA's, APA's have a hoppy backbone and tend toward citrusy notes that go particularly well with backyard grilled fare. They are great with spicy salsas, barbecued meat, and just about any occasion where good beer makes for a good time. 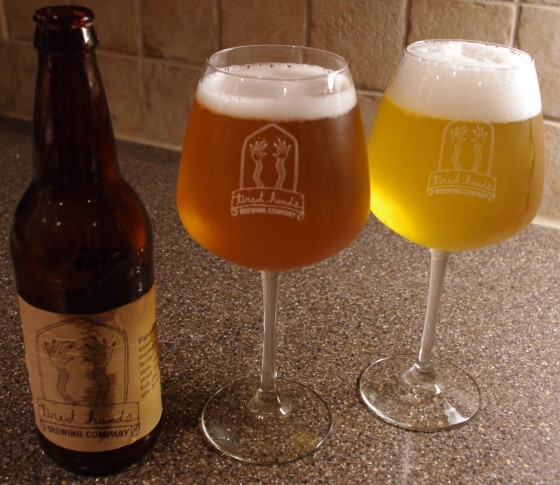 What is a German Schwarzbier? -Schwarzbier, or "black beer", is a German dark lager beer. It has an opaque, black colour and a full, chocolatey or coffee flavour similar to stout or porter. -Wikipedia

Notes: Yes, I know, dark, heavy, black beers are typically savored when the weather gets cooler as instant warmers. But, the big difference here is that this beer is not as heavy as a stout or a porter and, coincidentally, goes really well with grilled meat especially brats and sausages, and brisket! So, while firing up the briquettes, why not swim down a few black beers, too? 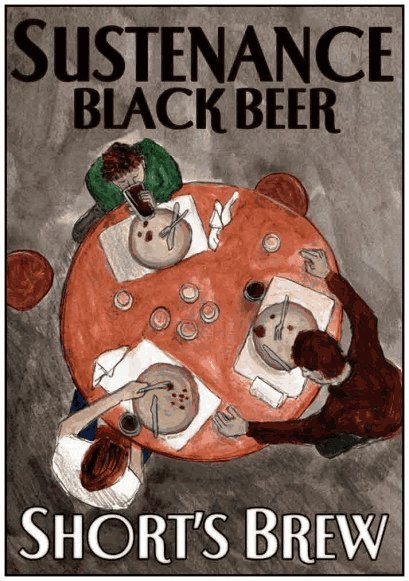