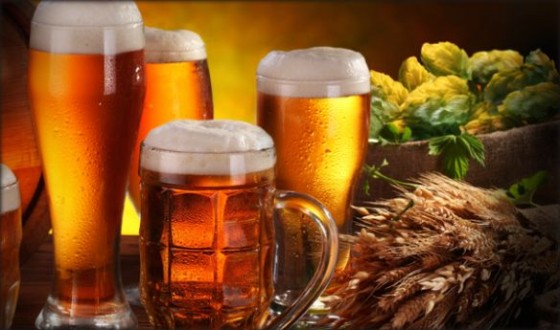 Beer and Thanksgiving. Is there a more perfect food-meets-beverage coupling? I doubt it. Beers come in as many, if not more, flavor profiles and varieties than wine, and we all know they taste way better. So this Thanksgiving, skip the Bud Light, walk past the Pabst, and really make an effort in the beers you decide to share with your family… or choose to use yourself. Either way, find a craft beer and give it a go. If none of these on this list interest you, check out our previous recommendations. And whether you’re drinking to be merry, or drowning your perpetual family angst, enjoy a brew. Won’t you?

This one might seem like an odd duck for Thanksgiving, but bear with me here. Saison's have a tendency to be a little sour, and when this one gets mixed with peaches, well, that's a balance you just shouldn't miss. It's slightly grassy with autumn notes and a deep peach-peel essence that lingers pleasantly as it calls out biscuit flavors and a bit of honey smoothness. If that doesn't sound like a perfect turkey pairing, I just can't help you. 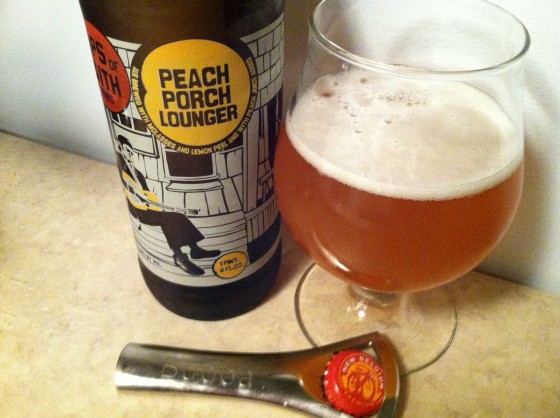 I thought it might be a good idea to include a beer on this list that absolutely packs a wallop. Even though this ale is great with salty and sage-infuse foods like stuffing and turkey, it's its strength that really shines. When dinner's done and you've had about as much of your relatives as you can take, knock back a bottle of this elixir and nap the day away. Oh, it's 16 percent. So be careful. 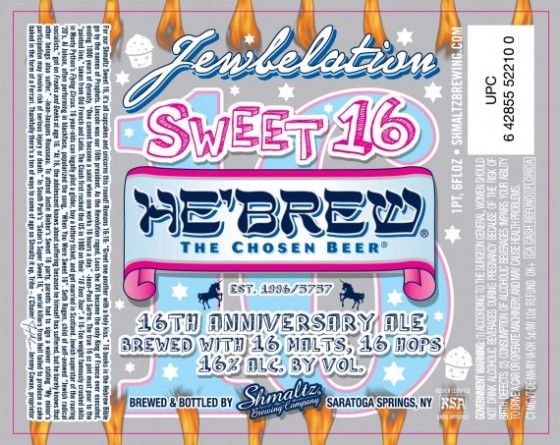 Bell’s This One Goes to Eleven

Bell's batch series was a rousing success. These were the beer recipes where the brewer would basically toss in everything but the kitchen sink and bottle the results. The 8000 and 9000 were released a few years ago to the delight of beer fans, and then when 10,000 hit shelves last year with its brewer's licorice ingredient, some were skeptical. But this year sees the release of the wonderful 'This One Goes to 11'. As an Imperial Red (a style sadly not seen enough) it is perfectly matched with a big meal where starches play an dominant roll. It's smooth, easy drinking, and it even looks pretty! 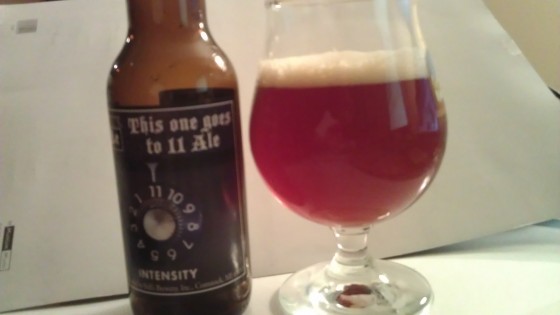 Not quite an IPA and not quite a brown, this ale falls squarely in the middle. It's loaded with enough hops to inundate it with the inherent bitterness real IPA lovers covet, yet it marries perfectly to its malty brown ale roots. It's almost as if this combination was as righteous as its title suggests. There are enough subtle flavor profiles where this would match equally as perfectly with the stuffing as it would with the sweet potatoes. 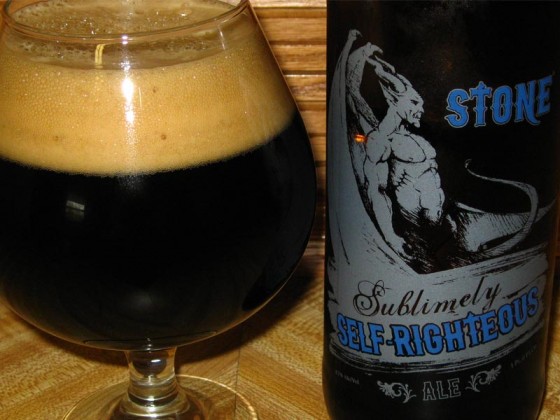 As IPA's go, this wonderful example with its dry hop method produce an amazingly citrusy ale. It's cloying on the tongue with its bitterness, such that it would more than balance all the salt and spices you're sure to find at the Thanksgiving table. Many people believe sweet fights salt, when it's actually bitterness that fends it off. Serve this with the main course or just with a bowl of cranberry sauce. 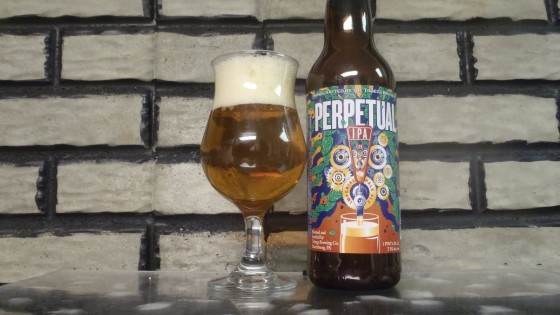 Frog Island Devil in the Details

We've come to our first Stout of the list, and it's an Imperial one at that. In case you're unsure why it's Imperial... well, basically it dictates that the beer style itself is a great deal stronger than its standard brethren. And that is certainly the case here. Though Thanksgiving isn't supposed to be cold this year here in Michigan, this is absolutely a warming beer and one I'd personally save for after the meal when you can just sit back, relax, and sip away.

Amber ales are one of the most perfect styles for Autumn. Just as the Summery lighter fares are making way for the Winter warmers, it's always nice to have a transition and the ambers are just that. Red in hue, slightly malty, lightly sweet, and full of caramel and rye notes, Fascist Pig is a beer you can enjoy all day and definitely be proud to serve with your turkey dinner. 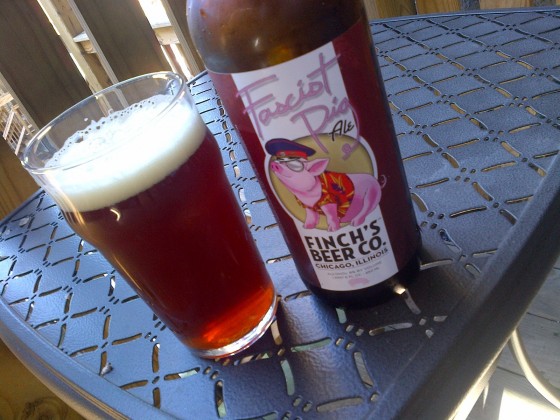 When it comes to Dogfish Head, you know you're going to get one thing: flavor. Well, that and intensity. But flavor is the key, and this wood barrel-aged brown ale is definitely one of the tastiest browns I've ever had. Loaded with hints of vanilla, caramel, molasses, oakiness, dark fruits, and a hint of toasted bread, this brown encompasses everything you could possibly want in an all-round perfect Thanksgiving brew. 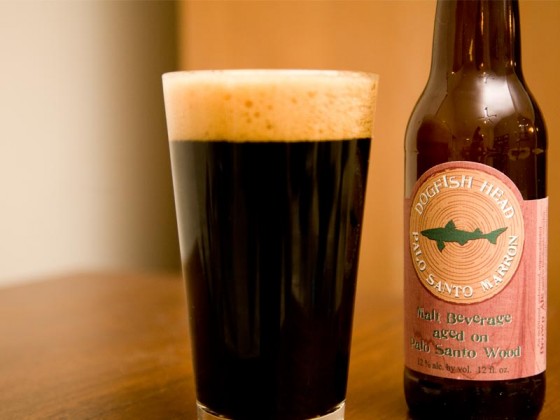 With a name like Arctic Panzer Wolf, you just have to assume even before your first sip that this is going to be one hell of a mouth-wasting IPA. And the proof doesn't lie: this one will leave your tongue begging for mercy, and likely begging for more. This IPA has more than enough bitterness to wipe out that failed dry turkey that your mother can never seem to get right, that insipid gooey gravy, and that marshmallow-sweet potato nonsense your sister begs you to try every year. Don't worry friends, the Wolf will get you through. 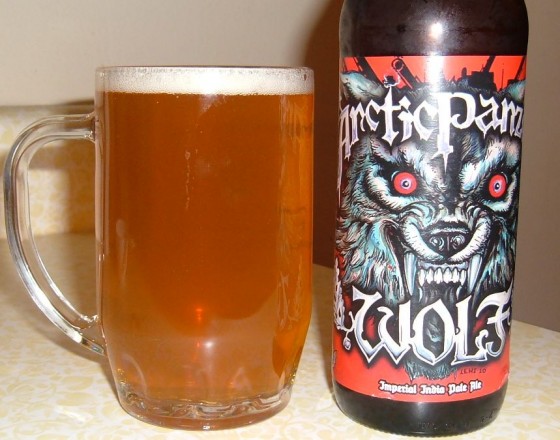 Sierra Nevada is one of those breweries that's been round a good long time and has most definitely perfected its craft to something akin to magic. Though it may not brew or distribute the myriad samples that some others do, in reality, that couldn't be more of a good thing. Because what it does brew is simply epic. Now, I will always recommend a stout with just about any meal. I can find many ways to pair its sweet, cocoa characteristics. But when it comes to Thanksgiving and Narwhal... well, I don't even need to try: the combination is simply a match made in beer heaven. Salty meets slightly bitter, sweet meets smokey chocolate, buttery meets dark rum-like vanilla... you just can't do much better. 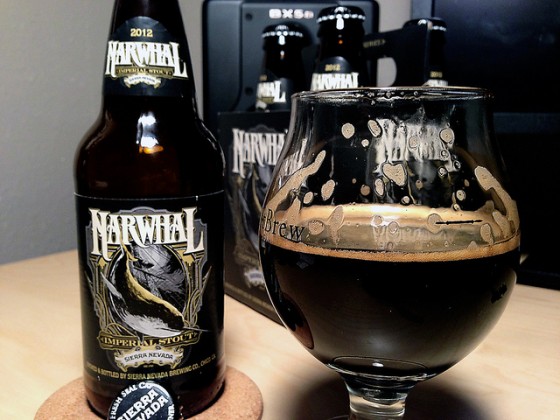