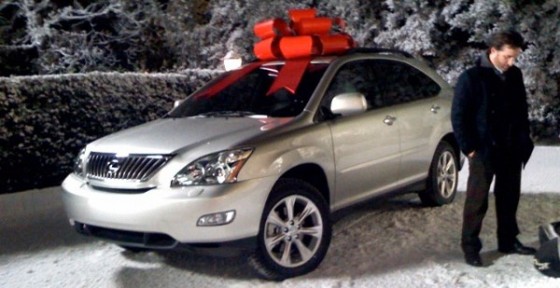 For some cats, Christmas is so little about the Christian description (if at all) and so much more about overtly extensive opulence. Fellas and Chicks just need to be spending every conceivable bit of cash money on the ONE thing that costs more than a four-year tenure at an out-of-state University. Christmas just isn’t Christmas without out doing one another with such extravagance and affluence that those around you become uncomfortable and jealous! So, if that’s the game, ya bastard, then here’s ten gifts to really get ya going. Just make sure you -at the very least- give these gifts and don’t just hoard them for yourself. Ass. 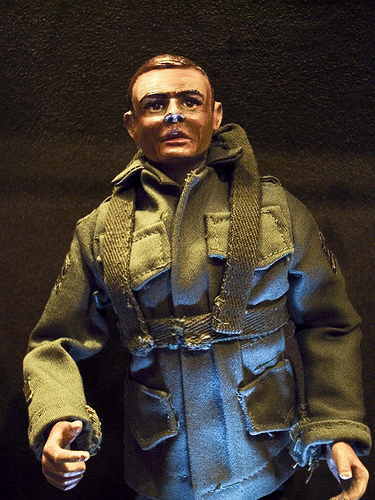 What little boy growing up in the 80’s didn’t live and breathe G.I. Joe? Those little action figures and their myriad vehicles and play-sets were the lynch pins to the toy craze of that Reagan-y of all decades. But what if someone told you -ya know, your younger self from the past- that you could own a huge piece of Joe memorabilia that was, literally, the model for every figure from then on? Well first you’d question your own sanity and the collapse of the space/time continuum, but you’d also be a bit intrigued. Well, be just intrigued no more, now you can spend nearly a quarter-million on the very first G.I. Joe. Now that’s playability! 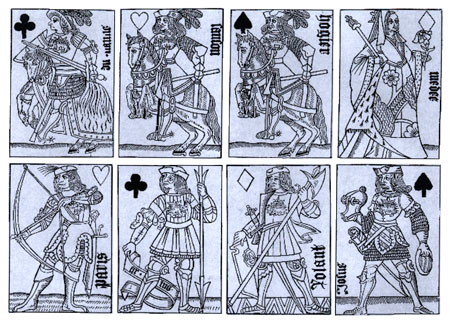 Maybe you’re a magician specializing in tired and sad card tricks that no one likes. Maybe you’re a card shark who spends ridiculous amounts of time in Vegas betting your shirt in hopes of scoring big at Black Jack. Or, maybe you’re a creepy shut-in who hears voices coming from his Tupperware that force him to create elaborate houses of cards. Whatever the case, now you, too, can own a wonderful set of super old hand-painted playing cards! Dating from sometime between 1470-1485, this deck is believed to be the oldest complete deck of hand-painted cards ever. And nothing screams valuable like really old cards that are probably musty and smell like a nursing home. 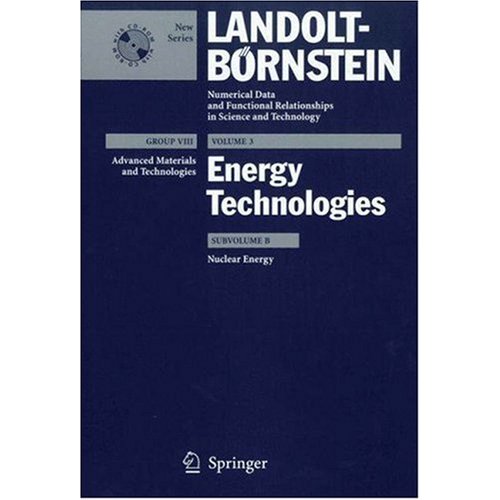 If you happen to be a nefarious villain, it may be of interest to you that you can download an eBook on the many ways you can harness and use nuclear energy. Ya know, for world domination and what not. Ah, but you might be one of those, um, crotchety old-school baddies who still rely on archaic wit. In that case, Amazon.com still offers an actual book of this mushroom cloud waiting to happen that they’d be happy to send you. Just use your earnings from your last bank heist and make it happen! All your nemesis buddies will be so proud! 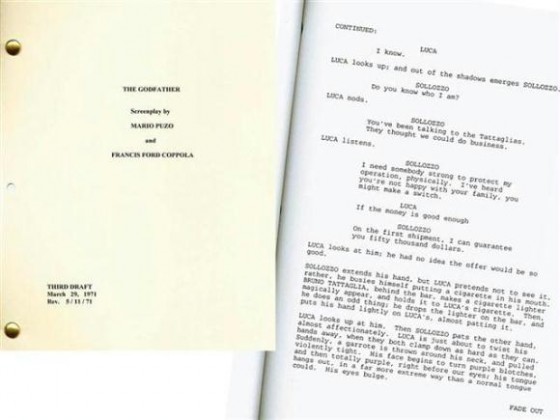 Movie memorabilia collectors are a breed all to themselves. They will literally travel to every show, auction, and Con they can just to score that pair of undies worn by Martin Sheen in ‘Apocalypse Now’, or the half eaten PB and J from ‘The Princess Bride’. It’s a sickness, really. But what self-respecting film buff’s collection would even be remotely considered complete without a copy of Marlon Brando’s ‘The Godfather’ script? None, that’s whose. Just imagine the jelly donut smears and hoagie grease stains that adorn this ream of pages! Oh the excitement! Why aren’t you buying this?! For Christmas, even! 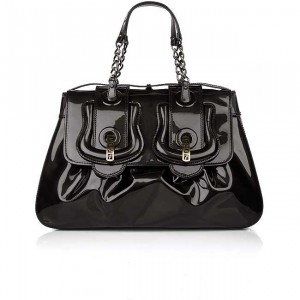 I have no idea who Fendi B is. Assuming it is, in fact, a person. Couldn’t tell you. For all I know it might be a Third-World country’s company employing oodles of sweat-shop workers for nickles on he hour. What I can tell you is that Designer Handbags are really, really popular. For the ladies. And what woman (any given woman, let’s not kid ourselves here) wouldn’t want to brag her ass off to her gal pals about the galactically expensive handbag that her trusty and obedient husband bought for her? Cuz damn it, if you even kind of love her you’d better fuckin’ find a way. 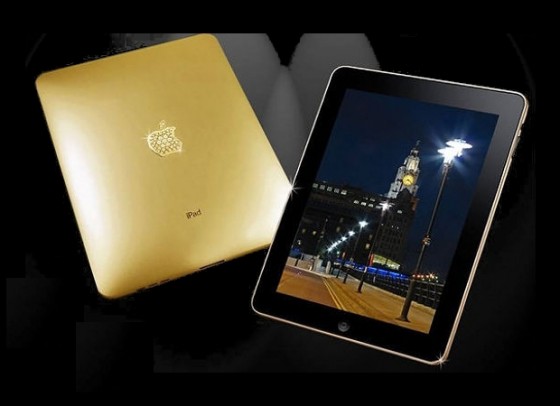 Let’s say you’re a philographist. Also my Spell Check just informed me that word does not, in reality, exist. But that’s not the point. A philographist is a person who collects autographs. They typically carry around a little book with which they corral their written names scribbled by any and all celebrities and famous people they happen to run in to. Well good for them. But I’d place a wager that they don’t have the most sought after name in the world of competition philography, now do they? Nope, cuz it’s William Shakespeare’s, and there’s only six. In the fucking Universe. Yeah, and they’re all being held according to his wishes. So Merry Christmas. Buddy. 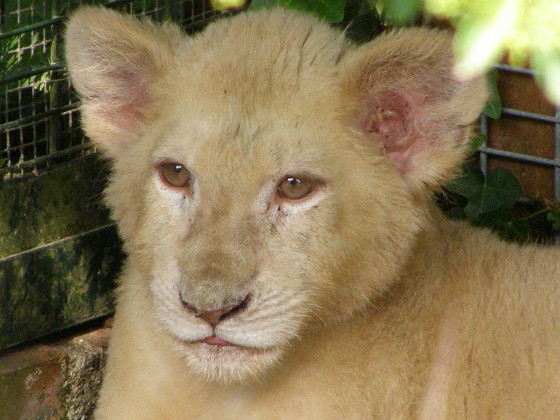 If opulence is something you’re proud to have, and a rampent desire to own a really exotic pet is part of that, well then, chum, have I got a gift for you! Anyone can own an ostrich or an elephant, but when it comes to one of the rarest animals in the world that you can, apparently, own, you need to get yourself a White Lion Cub. Revered by many tribes in South Africa, where only 300 of these cats are known to exist, the White Lion is basically an albino regular Lion. Even with pretty pink eyes. It likes to eat gazelle. So there’s that. 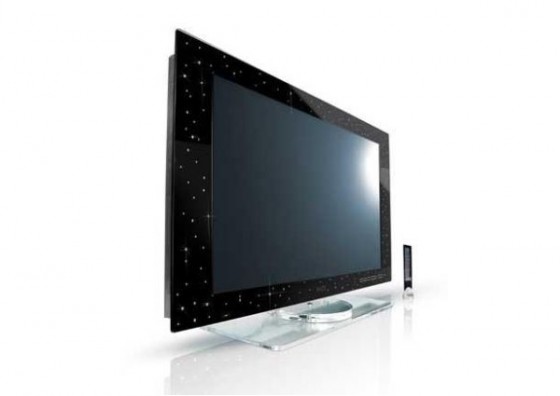 Speaking of electronics for rich pricks, why not discuss the most costly television of all time, too? Large TV’s with hyper-HD and 3D-compatibility are all the rage this holiday season, so you should really eschew those ‘commoners’ home electronics and aim for something a bit more, uh, diamond-covered. 160 diamonds, to be exact, weighing in at a whopping 20 carats. Now that’s something. Something with which you can impress your friends when you’re playing Wii and you can be all like, “Wow! I totally just beat your ass with your own frozen leg! All on this amazing YALOS Diamond TV! Did I mention the ridiculous number of diamonds? Where are you going?” Yeah. You’re a colossal douche bag. 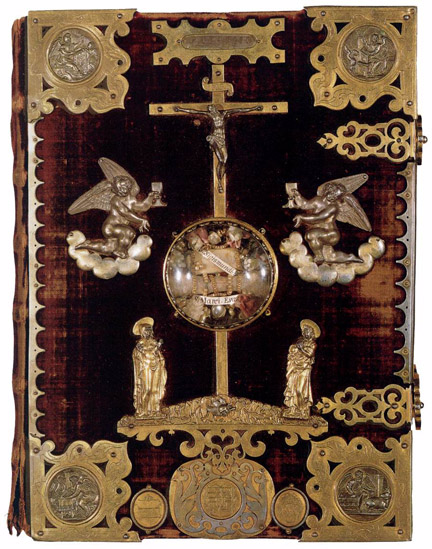 Let’s suppose that you’ve got a whole wad of cash burning a hole in your pocket and, maybe, some friend you have who saved your life that one time from that cadre of Meth dealers who were involved in a turf war. Yeah you know who I mean. Anyway, you’ve got like, 12 million handy (hey, it’s possible) and you think, “Jeez, I still owe Carl for getting me out of that fracas… I guess I could go nuts for him this season.” And so you decide on not only the most expensive actual piece of reading material ever, but also the single most expensive thing ever… probably. Lucky for you your friend is a devout Christian, cuz I can’t think of any other reason why anyone would actually want ‘The Gospels of Henry the Lion’. But there ya go. Hurray Christmas!