Humor > Videos > F-Bombs: Some of the Funniest Accidental Uses

F-Bombs: Some of the Funniest Accidental Uses

Editors Note : The contents of this article are most certainly not safe for work. While we normally try to avoid using the “F-Word” on this site, the subject matter of this particular article made it impossible to avoid it. So if you are offended, or if you are one of our advertisers who has a stick up their butt about this kinda thing, we sincerely apologize, but its just one fucking article. 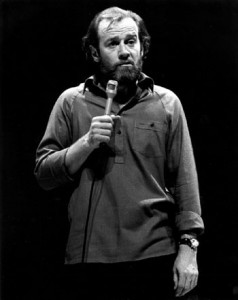 Many years ago, a brilliant man by the name of George Carlin came up with a list of seven words nobody is supposed to say on television. From Wikipedia :

The seven dirty words are seven English-language words that comedian George Carlin first listed in 1972 in his monologue “Seven Words You Can Never Say on Television”. At the time, the words were considered highly inappropriate and unsuitable for broadcast on the public airwaves in the United States, whether radio or television. As such, they were avoided in scripted material, and bleep-censored in the rare cases in which they were used; broadcast standards differ in different parts of the world, then and now, although most of the words on Carlin’s original list remain taboo on American broadcast television as of 2009. The list was not an official enumeration of forbidden words, but rather was compiled by Carlin. Nonetheless, a radio broadcast featuring these words led to a Supreme Court decision that helped establish the extent to which the federal government could regulate speech on broadcast television and radio in the United States.

Well, it’s 2009, and while most of the words do remain taboo, people can pretty much get away with saying anything they want. George’s Dirty Words seem to be allowed and tolerated more and more everyday. All, that is, except one…

Ah, the F-bomb. Yes, it seems this simple four letter baby is still one of the least tolerated in the English language. However, as we all know, there are many times when no other word can possibly do. 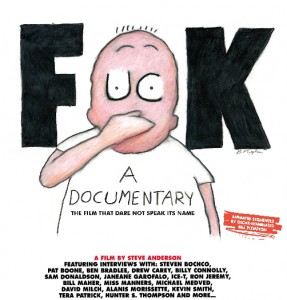 Still, it seems that no matter how often we use it in our own lives,  it’s still shocking (and sometimes quite scandalous) to hear it dropped on TV. Here we present you with some of the funniest (and least expected) accidental F-bombs ever.

After hearing this, it makes you wonder just WTF her co-anchor was doing!

Love her or hate her, Joan Rivers is one funny lady.  She’s never more hilarious, however, than when you piss her off.

We’re pretty sure Steven is more upset about missing a Star Wars question than he is losing the money!

She’s worried about her personality!

Perhaps the most common cause of F-Bomb slip ups, somebody forgot to turn the mic off.