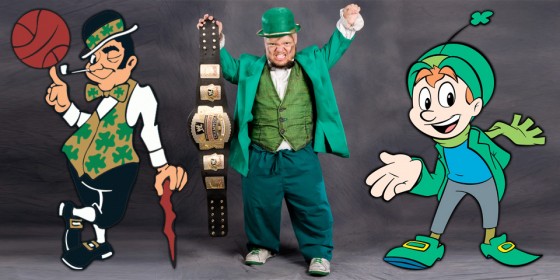 We’re all familiar with them. The little fellas with green outfits and a pot of gold, or cereal if you’re THAT leprechaun. We’ll let Wikipedia provide the details on what exactly a leprechaun is.

A leprechaun (Irish: leipreachán) is a type of fairy in Irish folklore. It is usually depicted as a little old man, wearing a coat and hat, who partakes in mischief. They are solitary creatures who spend their time making and mending shoes and have a hidden pot of gold at the end of the rainbow. If captured by a human, the leprechaun has the magical power to grant three wishes in exchange for their freedom.

Anyway, a list of famous leprechauns celebrated throughout pop-culture seemed like a good idea at the time. Then we remembered that spooky ass evil Leprechaun. Oh well, too late now. So, fear them, drink with them, get your grubby little mitts on their pot of gold and demand your wishes, leprechauns are here to stay and for the most part it looks like their job is to make us miserable… 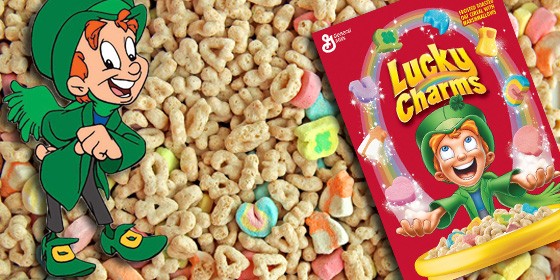 Probably the most popular of the bunch. Sure, the box is now filled with just marshmallows and they come in thirty-seven types, but it’s sugar you can pour milk on. Originally when it hit shelves in 1964, Lucky Charms had been oat cereal with little pieces of circus peanuts mixed in. Nothing says breakfast like the taste of oats and styrofoam. Lucky has been the mascot ever since, appearing on the box and in advertisements. 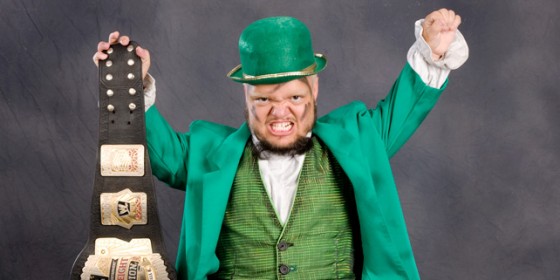 The teeniest man in the WWE! Played by Dylan Mark Post, Hornswoggle is a little person professional wrestler who debuted with NWA in 2005 before making the jump to WWE. His interaction with Degeneration X is the stuff of legend! 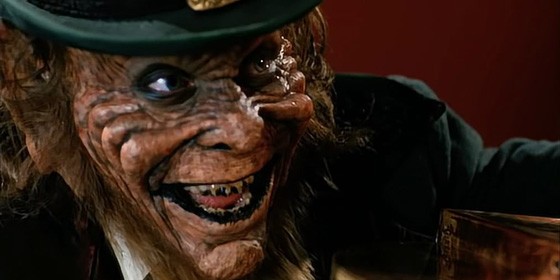 Now to make a bipolar switch south we go from a little guy hawking sugary cereal to, you guessed. The Leprechaun. That little demon who has been torturing people for years. The little bastard even went in space once for crying out loud. 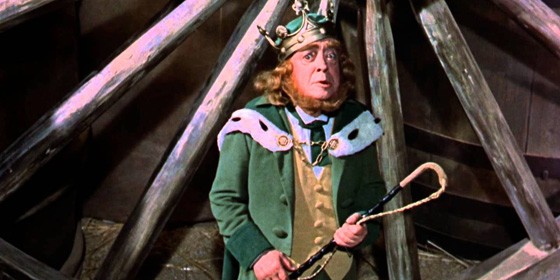 We can’t forget 1959’s Darby O’Gill And The Little People. Not only is it full of leprechauns, but we get The KING of the leprechauns! Seems King Brian is a bit of a jerk, but an honorable one. And, seriously, when’s the last time you heard Sean Connery sing?

Leprechauns attack us in so many commercials and cartoons that it boggles the mind. Even Adult Swim’s, Harvey Birdman, Attorney At Law gets in the act. Of course they have the world’s largest leprechaun with a guy named Shado.

The Notre Dame Leprechaun is the mascot of the Fighting Irish sports teams at the University of Notre Dame. He appears at athletic events, most notably at football games. The famous image was designed by sports artist Theodore W. Drake in 1964 for US$50.

The mascot for the NBA’s Boston Celtics is Lucky the Leprechaun. He is a nod to the team’s Irish heritage and to Boston’s historically large Irish population. We would pay money to see Lucky brawling the Notre Dame Leprechaun in a boxing ring… or on the street. Either way, we win.