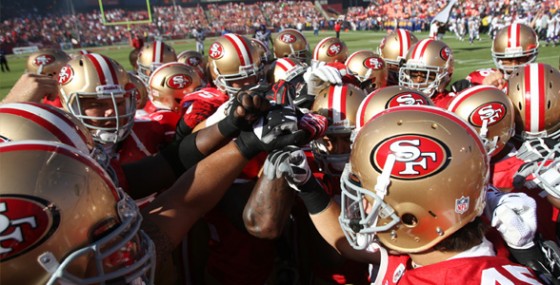 ‘Tis the season for die-hard fans/rappers to craft tribute songs for their favorite NFL teams. Like San Francisco based rhyme-spitter Ashkon (not to be confused with Akon), who dropped “Niners in Paris” to help support the 49ers as they prepare to throw down with the big bad Giants in Sunday’s NFC title tilt. It won’t make you toss all your Jay-Z and Tupac CDs, but considering most sports related fan-made recordings are amateur trash, this one isn’t bad.