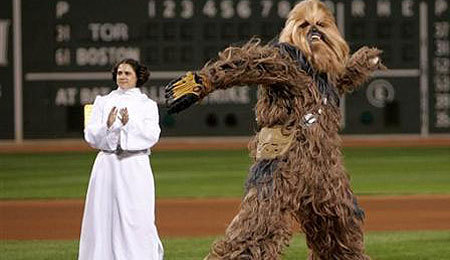 Wrong kind of Fantasy Baseball, but his control IS surprising.

The 2011 MLB season is quickly marching towards Fall which means fantasy baseball leagues are hitting their final sprint before playoffs. Depending on your league format, whether head-to-head or rotisserie, just a handful of weeks may separate you from glory (and possibly cash) earned from your friends.

Just like any other season, 2011 has seen its fair share of amazing performers and huge disappointments. Today we take a quick look at some of the numbers that seem the most surprising to us so far this season. 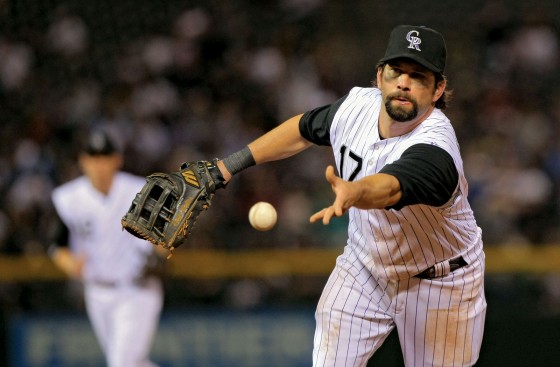 Age is not an issue.

Are you kidding? Does this man not age? Evidently not. Approaching his 38th birthday on August 20th, Helton is enjoying yet another steady and reliable season.

In the world of fantasy baseball, Helton was likely skipped over in the vast majority of leagues (save the deepest ones) due to his unproductive 2010 where he hit just .256 and drove in only 37 runs. Given his age and slowed bat in 2010, most were quick to assume Helton had finally ran out of gas.

Boy were we wrong.

Through 90 games this season Helton has appeared to be in vintage form, maintaining a .319 average while crushing 11 homers. His average is extremely impressive given the fact two of his last three seasons saw him hit well below the .300 mark (.264 in 2008 and .256 last year). His power has gone mostly dormant in recent years, as has most of baseball’s, but his 11 homers so far through 90 games make us think he could be set for his best power total since he swatted 17 in 2007.

If you’re rostering Helton you likely aren’t looking for power but rather for his uncanny ability to maintain a very healthy batting average – regardless of age. 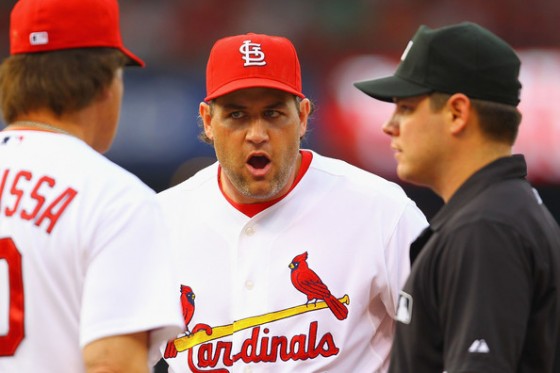 Turning back the clock has been a theme this season, perhaps best convinced through Lance Berkman’s crazy year. The St. Louis Cardinals took more or less a flier on Berkman coming into the 2011 season as the New York Yankees decided not to extend him a new offer after trading with the Houston Astros for his services during the 2010 season.

At just $8 million, Berkman was given a relatively small contract from the Cardinals compared to the $14.5 million he made in 2010. The belief was that Berkman’s batting was slowing down, as evidenced by his decline in home runs (29, 25 14) and RBI (106, 80, 58) since 2008. The Cardinals were looking for additional depth, on both sides of the plate, for a relatively low price.

They got much more than they bargained for.

Through 91 games with the Cardinals, Berkman has found his power of old, crushing 27 balls out of the park while driving in 69. He needs just two additional home runs to have his best power season since 2008 where he swatted 29. Assuming he can remain healthy, we may see Berkman wind up with one of the best seasons of his career – which is saying quite a bit.

Obviously, the Cardinals and any fantasy manager that took a chance on Berkman is enjoying the seemingly limitless production from Berkman’s tireless bat. 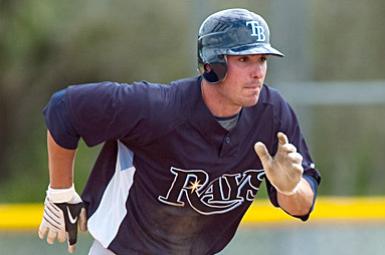 Every season there are a handful of players that come out of nowhere to be one of the most productive players in the league. This year, look no further than Matt Joyce in Tampa Bay.

Despite only appearing in 77 games with Tampa Bay last season, Joyce made quite the impression by hitting 15 doubles, three triples and 10 homers in 216 trips to the plate. However, when it came to bringing runners in, Joyce rarely failed and ended the year with 40 RBI, or an average of one RBI every five trips to the plate – not bad for a player not used to a regular role.

Skip ahead to the present and you’ll find Joyce making a big name for himself in his first full year of action. Barring a major turn of events, Joyce will crush his career-high in games (92) and has already set new career-highs in hits, runs, homers and RBI. Mix in a bit of speed with six steals on the year and you’ve got yourself a player that puts up quite a bit of production at a very low cost. 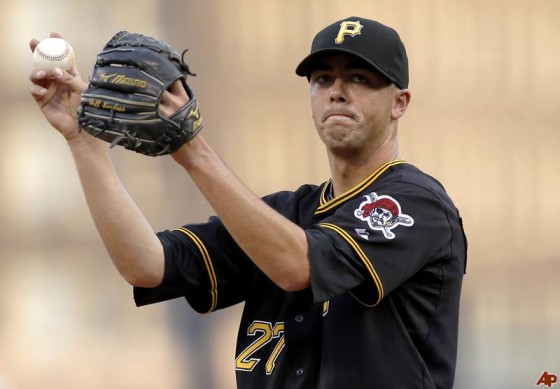 Pittsburgh is a surprise in itself.

One could make a sound argument that the entire Pittsburgh roster should be in the major surprise section. These aren’t the Pirates you’re used to seeing. This squad battles each night and has been consistently winning tight ballgames. Out of their lineup of surprise success stories, we elected to have Jeff Karstens represent them all.

Heading into the year, few fantasy managers would believe a pitcher on the Pirates could make a positive impact on their team. Karstens is just one pitcher that has found a whole new level of success in 2010 which has helped Pittsburgh compete for the top spot in the Central Division.

Shockingly, Karstens has produced an ERA of 2.28 through 21 appearances and 17 starts this season, besting some of the league’s best pitchers such as Cole Hamels and Clayton Kershaw in the category.

For every positive story in the fantasy game there is a negative one. For each player exceeding out expectations there is undoubtedly one that has been a huge disappointment. 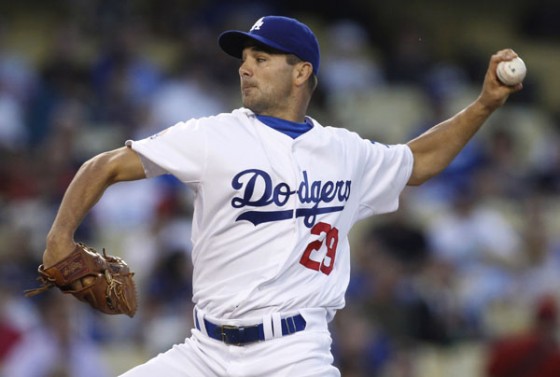 Similarly to how we could list the Pirates as a huge uplifting surprise we could list the Los Angeles Dodgers as one giant disappointment – especially off of the field. Bankruptcy aside, the performance of Ted Lilly has been one that has greatly fallen short of what fantasy owners desired.

Upon heading to the Dodgers in the middle of the 2010 season from Chicago, Lilly improved and ended the year on a 7-4 run with a tidy 3.52 ERA. He also managed to ring up 77 batters in 76.2 innings, giving him a valuable K/9 (strikeout per nine innings) of just over nine. Backed by his success in Dodger stadium, fantasy owners thought Lilly could be a reliable anchor to the back of their rotation.

Instead, Lilly has been all over the place and has been punished with a 6-10 record and an ugly ERA over five. While there is still plenty of time left in the season to lower his ERA, Lilly hasn’t finished with an ERA above 4.09 since the 2006 season. 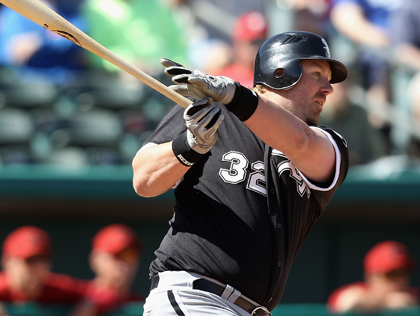 Swing and a miss - again.

It should come as no surprise that Adam Dunn is found on this list. Arguably he has been the biggest disappointment across the board in fantasy baseball this season as his swing has still yet to show up in the 2011 campaign.

Drafted for his incredible ability to crush balls over the fence, Dunn has only proven he can still bring plenty of strikeouts to the table. Heading into 2011, Dunn had seven consecutive seasons where he hit at least 38 homers. Now, with just nine long balls to his name, Dunn is in jeopardy of finishing with a career-low in the category if he doesn’t surpass his rookie total of 19.

His year hasn’t been just bad – it’s been terrible. Owners that drafted Dunn have either been forced to abandon ship or force the former slugger to ride the bench regularly. Thankfully fantasy owners aren’t on the hook for the four-year, $56 million contract Chicago gave Dunn – a deal which continues to be placed under more and more scrutiny as he continues to struggle. 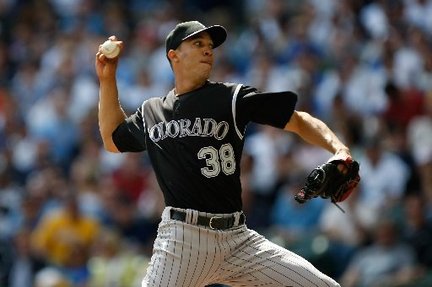 Remember when I was good?

From ace to mediocre, such has been Ubaldo Jimenez’s strange trip through 2011.  Whether you own Jimenez as a keeper or if you drafted him, the last thing you likely expected was the wheels completely falling off this season.

The 2010 season was the best of Jimenez’s career as the ace went 19-8 with a minuscule 2.88 ERA and 214 strikeouts. Last year cemented Jimenez as a bona fide number one fantasy pitcher in the eyes of the majority. At the time, Jimenez was believed to be among the top-5 best pitchers in baseball, right up there with the likes of Felix Hernandez and Roy Halladay.

Unfortunately, his performance this season has done quite a bit to take away from his overall image as a dominating pitcher. Every pitcher goes through rough patches but true number ones are able to overcome and escape slumps. Instead, Jimenez has seen his peripheral categories swell, such as his batting average against which sits at .249.

To be completely fair, Jimenez has been better of late and has put some of his worst performances, like the month of May (0-4, 5.54 ERA), behind him. Still, recent improvements aside, it’s already too late for Jimenez to salvage his immensely disappointing season. 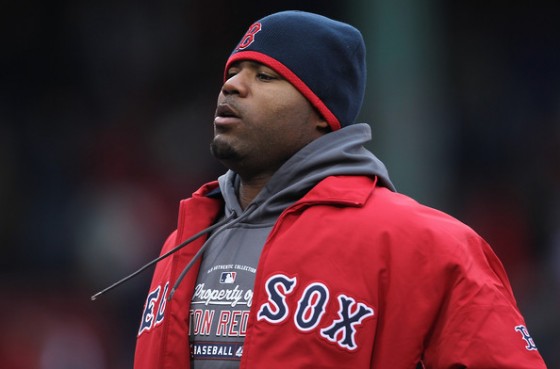 Where should we start? Surrounded with a wealth of talent in his first season with the Red Sox, Carl Crawford hasn’t been the acquisition Boston thought he’d be. Is there too much talent surrounding Crawford? Fantasy owners assumed he would be able to maintain his career averages or perhaps improve, but the exact opposite has been the case as Crawford has been a shell of himself so far in 2011.

The most notable statistic has been his speed. When he moved to Boston it was fairly certain that we’d see a drop in his number of stolen bases but the fact he has just 10 at this stage of the season is outrageous. In the last eight seasons, Crawford has averaged an even 50 stolen bases each year. Barring a huge run at the end of the year, we might see the speedster finish with some of the worst numbers of his career.

Speed alone is enough to label Crawford a disappointment but when you add in his drop in batting average (he’s hit around the .300 mark in six of the last seven seasons) then you’ve got yourself quite a few upset fantasy owners.