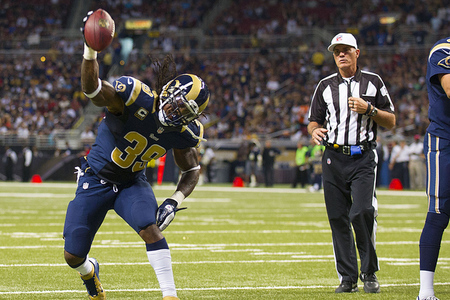 There are a lot of basic truths about fantasy football. After a season or two most owners know them by heart.

It’s the last two that we are going to talk about after week two of the 2012 fantasy football season.

This was an ugly week of football for fantasy players, as starters dropped left and right to injury. It started early, as Chicago RB Matt Forte went down for 2-6 weeks, followed by a near massacre on Sunday, as fantasy players lost Aaron Hernandez, Steven Jackson and Ahmad Bradshaw. Additionally, the Rams, Eagles, Giants and Colts all lost key offensive linemen. A rash of injuries like this leaves owners desperate for replacements, and allows the assholes in your league to show themselves. 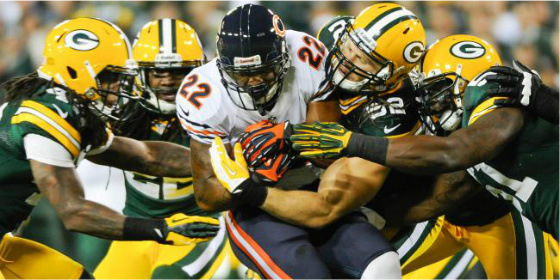 Now don’t get us wrong, there is nothing wrong with holding out for an exorbitant price for the handcuff to your league-mate’s injured player, but that isn’t what the asshole does. The asshole is the guy who offers you Aaron Hernandez for trade before he even makes his way off the field, hoping you haven’t heard the news yet. The asshole also accepts that trade offer you made for Ahmad before he went down, forcing you to pay for an injured player because you forgot to cancel it before game time. The asshole is the guy in your league that votes to veto every deal so you can’t add another starter.

The key to avoiding both problems is to always be prepared. Make sure to have all the handcuffs for your own starters. Pick up as many backup RBs you can, as the position is the most unpredictable in football from year to year. Cancel all your deals before games kick off on Sunday. No matter how good a trade looks, never, ever, accept a deal without at least checking twitter or the internet to see if there is news you should know about.

And don’t be the asshole.

The most important stat from Benson's 100-yard day against the Bears was that he had 20 of the 25 total RB carries for the Packers. A last minute signing by Green Bay, Benson is coming off three straight 1000-yard seasons, and now finds himself in a good position to repeat that this season. With 29 of 34 total carries this season, Benson has clearly established himself as the starter in Green Bay. While the Packers reputation is for racking up yardage through the air they also rushed for over 1500 yards in 2011, and it isn't unreasonable to expect most of them to come from the well traveled Benson. 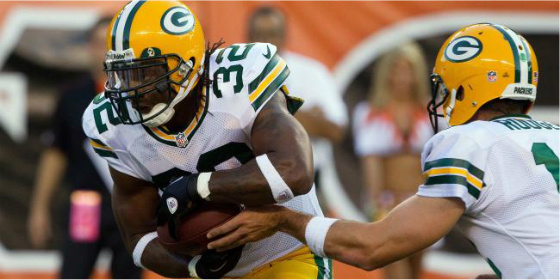 As we said last week with Michael Bush (prior to Matt Forte's injury), short yardage specialists rarely merit fantasy starter status. Battle's big week only happened because starting RB Ryan Mathews missed his second game due to injury. Even with Mathews out Battle still had fewer carries than teammate Curtis Brinkley. With Mathews expected to return Week 3, Battle should return to the short yardage role he held in Kansas City prior to this season. He is still worth holding on to in case Mathews has an injury relapse, but this is likely his only double-digit scoring week of the season. 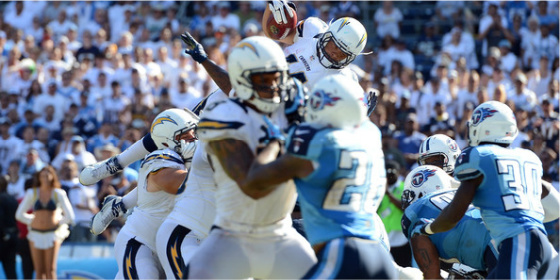 After an average Week 1, many owners hoped for a breakout for Charles against the Bills. Instead, Charles was limited to only .5 yards/carry before he was pulled from the game after aggravating the ACL that cost him his 2011 season. Reports from Kansas City however say that it was just a precaution, and Charles will be ready next week to face the comically bad Saints defense. Even with Peyton Hillis taking carries we still expect Charles to be the workhorse in this offense, and with Matt Cassel under center the scoring should start with the backfield. Charles may not match his 2010 stats, but he should be a fringe RB1 for the remainder of the season. 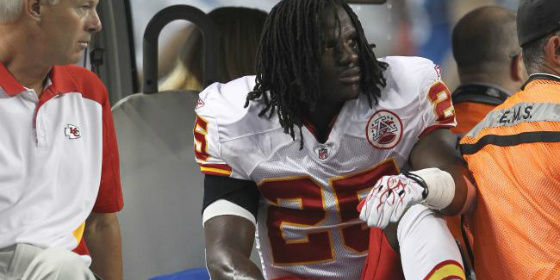 A starting WR only accumulating 7 yards is bad enough, but in Boldin's case it is his usage that has us worried. With Torrey Smith and new addition Jacoby Jones in place as downfield threats, Boldin is left to play in the flats and over the middle. The problem with this is that Joe Flacco prefers to target Ray Rice and breakout TE Dennis Pitta in the same part of the field. While we don't advocate dropping Boldin, who was drafted as a WR2, we don't recommend starting him as long as Flacco and Cam Cameron are running this offense. 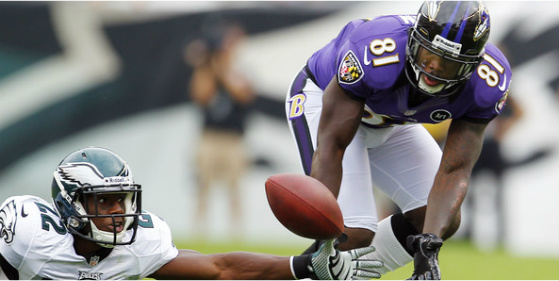 That yardage number for Palmer is impressive until you take a closer look at his game performance. He racked up those big numbers on 24/48 passing, for a 50% completion rate and an average of only 7.77 yards per attempt, hardly impressive numbers to build on. Palmer also scored those numbers in a game where star RB Darren McFadden was taken out of action by the coaching staff with only four of his carries coming in the second half. After an embarrassing loss to Miami don't expect the Raiders to put the game back in Palmer's hands alone any time soon. 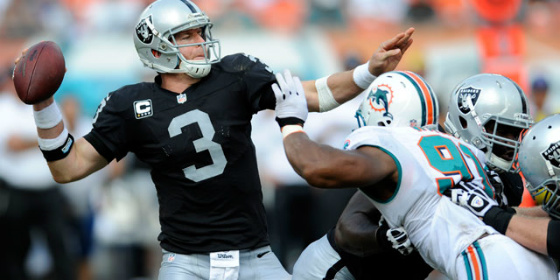 Fantasy Injury Of The Week I

In a week where a number of high profile players went down, this might be the most damaging injury to his fantasy owners as Hernandez was drafted as a top five TE going into this season. A potential high ankle sprain to a player who depends on lateral quickness, Hernandez may be hobbled until the second half of the season. While the natural assumption is that his targets would go to Rob Gronkowski, our bet is on Wes Welker being the primary beneficiary. Welker finished Sunday's game with 11 targets, almost all of which came after Hernandez went down. Welker spent most of the first half on the bench in this game, so take advantage of any short-term boost he might get and trade him if you can. 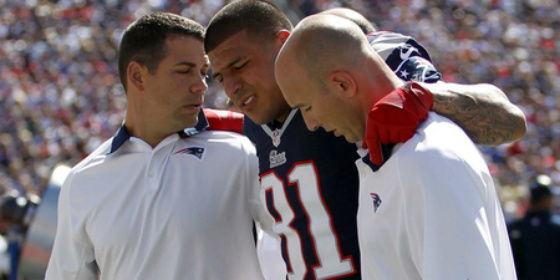 ​Fantasy Injury Of The Week II

The Redskins were already porous on defense, giving up over 800 combined yards in their first two games, but are extremely undermanned after losing their top two pass rushers for the rest of the 2012 season. That means that owners of QBs, WRs and TEs for the teams on the Redskins schedule, notably the Bengals, Bucs and Falcons, should make sure to get them active.

Washington QB Robert Griffin III should also benefit from this loss, as his numbers will be inflated by the number of high-scoring shootouts the Redskins will find themselves in. 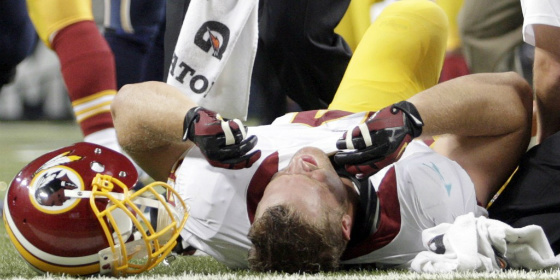 Cutler was drafted in the 10-15 range at his position in most drafts, meaning his owners expected him to start at least at some point this season. That prospect seems a lot less appealing if the Bears can't keep their QB upright in the pocket. The offensive line gave up those 7 sacks, along with three penalties and a myriad of pressures and knockdowns, which left Cutler running for his life for most of the game. Starting tackle J'Marcus Webb was the biggest offender, as he was burned by rushers early and often. If the Bears are forced to keep Webb in the position it will severely limit the odds of Cutler finishing out the season healthy, while significantly cutting back on the fantasy numbers for Cutler, Brandon Marshall and the receiving corps.

The only potential benefit could be for the RBs and TEs, as they might be used as bailout targets for Cutler when protection breaks down. 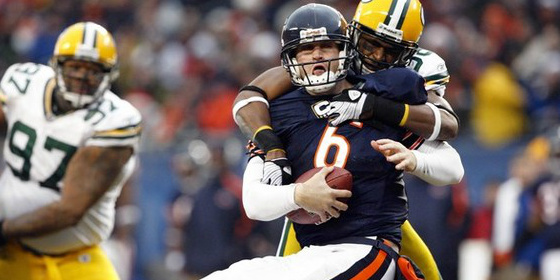 Both came in to this week  as fantasy afterthoughts, but after the injuries to Jackson and Bradshaw they surprised fantasy players by leapfrogging better known rookie RBs to take on the primary role in the offense. Even if the starters return, these are now your handcuffs.

Miller took advantage of a Daniel Thomas concussion to establish himself as the second back behind Reggie Bush. Even without a Bush injury, Miller stands to see a decent number of carries each week in the Dolphins offense, allowing him to be used as a flex most weeks.

It's safe to say that we are buying in on the Rams offense.  We expect big things if Bradford stays healthy, and his primary target this season looks to be the undersized Amendola.

We mentioned earlier how Jay Cutler spent most of Thursday's game running for his life. However, during one moment of peace in the pocket he managed to hook up with Davis for a TD pass. As long as he isn't forced to stay in on pass protection (a big if), Davis could benefit from being Cutler's safety valve when the line fails, which it will. 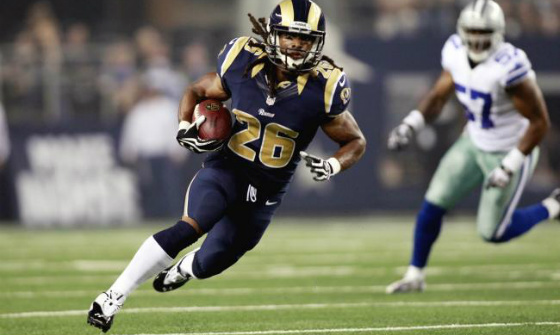 As we mentioned the highly touted rookie handcuffs have been dropped to third on their respective depth charts. In redraft leagues there are better options on the waiver wire, so it is safe to let them go until the situation changes.

At this point Blount appears to be an afterthought at best in the Bucs offense, not even carrying the ball once in last week's loss to the Giants. A 2010 breakout star, the organization soured on Blount quickly and replaced him with Doug Martin in this year's draft. With Martin firmly entrenched as the starter, and D.J. Ware the better receiving threat out of the backfield, Blount isn't going to be worth a roster spot, barring injury

A popular late pick after a solid rookie season in 2012, Baldwin has just been awful this season. He's rapidly dropping down the depth chart and no longer worth holding on to, even for a spot start.

If you wasted your top waiver priority for him last week you probably regret it now, after he came back to earth after his outstanding Week 1. His single target day in week two is more likely be the template for the season than anything he did week one. 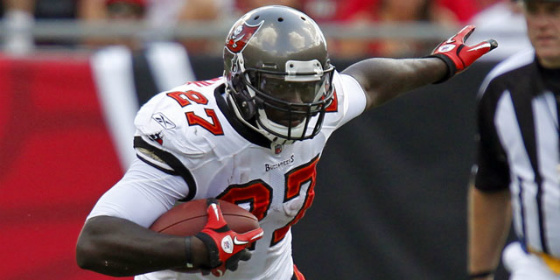