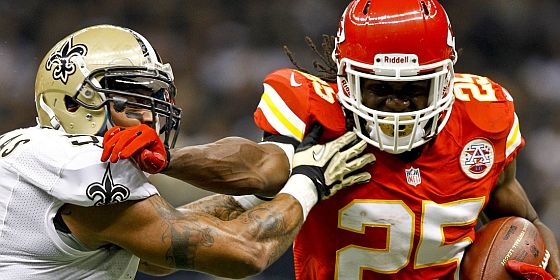 The season is three weeks old and while that may not seem like a long time it is likely more than 20% of your fantasy season. Much like with an NFL team, you have to start deciding if you can win with what you have or if it’s time to make a move. For most fantasy teams, unlike their real life counterparts, those changes come via trades.

The biggest stumbling block to a successful fantasy trade is the desire to win every deal. We all fall into the trap, we want to be the smartest guy in the room and walk away with the rest of the league proclaiming how great the trade was for us. We see it on message boards and fantasy chats, as people post unbalanced deals hoping to earn the acclaim of strangers and fantasy experts.

But there is another option, one that is often overlooked, and that is the fair trade. It goes against every instinct we have, but sometimes the best option is to give up equal value for what we need. Often the desire to win the deal prevents owners from making a trade that can help their team immediately. Overpaying isn’t a problem as long as it makes the team you put on the field better each week. Your bench players should never be your only trade bait.  If you want to make your team better you need to make the sacrifices to get the deal done as soon as possible.

Remember, you get what you pay for.

The Lions have waited for Leshoure to take over the starting role since an injury sidelined him before last season, and it looks like he is finally ready. 30 total touches, combined with a lack of carries for former starter Kevin Smith, leaves little question about who the starter is in the Detroit backfield. While 19 points isn't likely to happen every week, Leshoure should be considered a solid RB2 or Flex going forward. 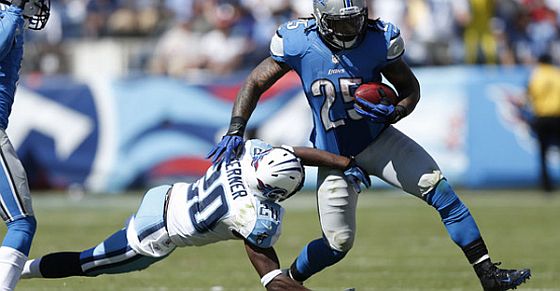 Unlike Carson Palmer last week, Locker's yardage numbers was in line with his completion percentage in Week 3. Still, we don't see this as a repeatable performance. These numbers were racked up against a Lions defense that had trouble getting in Locker's face and also gave up decent games to mediocre QBs Sam Bradford and Alex Smith in previous weeks. With games against Houston, Pittsburgh and the surprising Vikings on the upcoming schedule, the match-ups get harder for Locker going forward. He is best left on the waiver wire during the bye weeks. 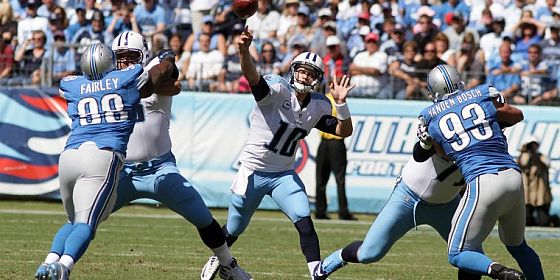 If you drafted Gates you came into the season with only one concern: his health. While injuries forced him to miss Week 2, it was his performance in the other two games that now have to worry his owners.  After 4 receptions for 43 yards in Week 1, Gates' lackluster tally this week has to have his owners considering parting ways with the former superstar.  While we understand the disappointment, we urge caution.  Gates had 8 and 7 targets in his two starts respectively, so the Chargers still seem to be looking for him on a regular basis. As his body catches up with his talent we expect his numbers to return closer to his traditional form. With Aaron Hernandez out, and Jason Witten and Dallas Clark struggling, Gates is still one of the best options out there at TE. 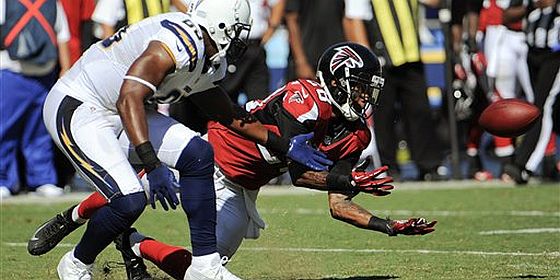 Coming into the season, Greene was considered an option for a RB2 or Flex at best, but a 15-point performance in the season debut put many doubts about him to rest.  A poor second week (11 carries for 23 yards) was dismissed by many as an outlier in what would be a breakout season for the Jets back. A second straight week averaging just over 2 yards a carry has us questioning which week was his true performance level. More worrisome for Greene owners is the 45 yards that backup Bilal Powell picked up on 10 carries. Right now this situation looks like a platoon, which makes everyone involved unworthy of starting. 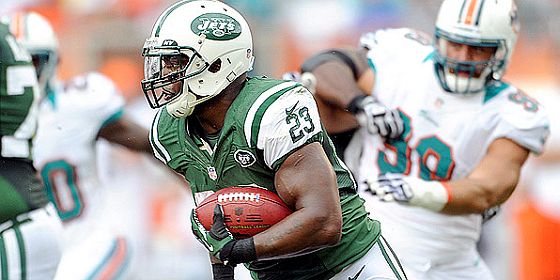 Someone just checking the weekly rankings would think Tate is a great pickup after scoring an impressive 18 points on 7 targets, but that doesn't tell the whole story. Eight of those points came on the controversial final TD where Tate was incorrectly awarded a 24-yard touchdown to win the game.

Additionally, the Seattle passing offense has been miserable under QB Russell Wilson. Wilson has yet to go over 160 yards passing this season, and until he proves he is able to lead a competent passing attack we can't see the value in owning any Seattle wide receiver. 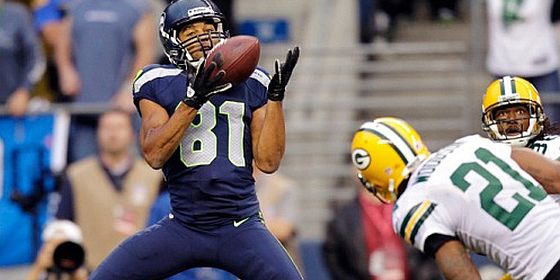 When it comes to game-changing defensive players there are few that rival the Revis. The Jets haven't been an elite defensive team, but they are only giving up 218 passing yards a game, while holding opponents to a 33% completion rate. Add in almost as many interceptions (4) as touchdowns (5) and the Jets have been a difficult start for opposing QBs and WRs. With Revis out New York becomes a significantly better match-up for opposing offenses.

And it's not just the top receivers who will benefit, but those further down the depth chart who now will have more favorable matchups against nickel CB Kyle Wilson.  We should also see an uptick in yardage from the Jets passing game, as they will have to put more points on the board to offset the step back by their defense. 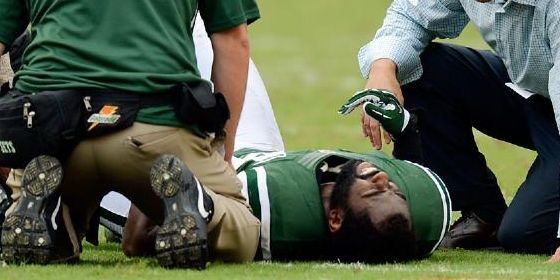 ​Fantasy Injury Of The Week

It wasn't that long ago that we told you it was time to panic about Arizona RB Ryan Williams and we still aren't sold on his skill set. That said, with Wells again fighting an injury, Williams finds himself with a chance to earn the bulk of the carries for the 3-0 Cardinals. With bye weeks beginning, owners are desperate for running back depth and Williams at least represents 15-20 carries a week going forward. Toe injuries tend to linger, especially for RBs, so Wells could take a while to heal. 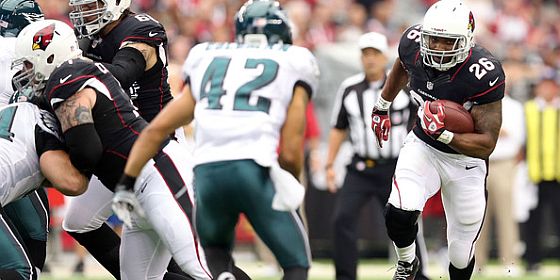 To give some perspective on that number, the Saints have given up 180 rushing yards more than any other team in the league. Just as importantly, they've been victimized by rushing QBs twice in the early weeks, giving up big days to Cam Newton and RG III. After losing to the Jamaal Charles led Chiefs in Week 3, the Saints are now 0-3 and reeling with few reasons to think that any improvement in imminent. This is especially important for owners of Packers RB Cedric Benson, who could be in line for a huge game this weekend, along with whoever emerges from the Chargers multi-headed rushing attack for their Week 5 meeting.

If you find yourself desperate for a flex player or extra running back during the bye week, the Saints are a team to target for a weekly matchup advantage. 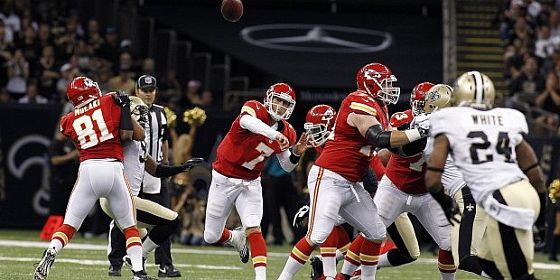 We've mentioned him before, and plan to keep doing so until his ownership numbers pick up. The fact that he is owned in only 6.2% of ESPN leagues is criminal. He has put up 8, 11, and 14 points in the first three weeks, and is becoming a valuable second option for QB Andy Dalton.

Look, Kolb isn't a great QB. He should never be your full-time starter for fantasy, but with bye weeks sidelining top passers Kolb is a decent option as a fill in. He benefits from throwing to one of the best WRs in football, Larry Fitzgerald, and has favorable match-ups with the Dolphins, Rams and Bills coming up. If you need a stopgap starter, he should be good for 250 yards and a couple of touchdowns.

We still don't believe in the talent of the second-year pro out of  TCU, but you can't argue with his performance so far this season. 8 receptions on 11 targets for 185 yards are hardly eye-popping numbers, but he's done well in limited opportunities. If the Jets are forced to air it out more, Kerley could see an increase in targets. He's a solid stash for later in the season.

The Bills, if anything, have proven they can run the ball this season. Choice is the proverbial "next man up" for the Bills after CJ Spiller went down with a shoulder injury in Week 3. This is a situation worth monitoring however, as original starter Fred Jackson is reportedly scheduled to be back at practice this week.

Another player we've talked about before, Bennett is still significantly under-owned according to ESPN and Yahoo leagues. Eli Manning likes throwing to his TE and Bennett has taken advantage of that with touchdowns in the first three games of his debut season with the Giants. We see no reason that Bennett won't end the season as a top 5 tight end. 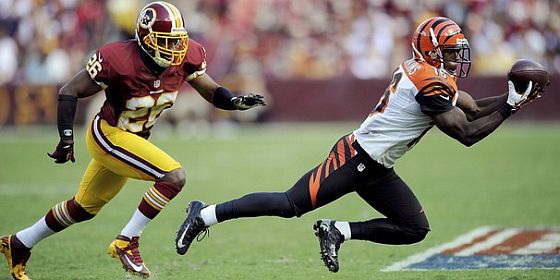 Lost in the excitement over Jamaal Charles' big game was the disappearing act Hillis has pulled in Kansas City. Brought in expecting to compete for carries, Hillis has been a small part of the offense. With Charles now safely back from last season's injury, and with an injury of his own, Hillis can be dropped to the waiver wire.

Our patience with the mercurial Britt has run out. Six points so far this season and another injury leaves Britt as a fantasy afterthought.

We have warned you about Cutler before, but another bad game and we are ready to cut ties. It's not that Cutler isn't talented, but you can't score if you spend the game running for your life. With better options out there we can't advocate patience outside of deep leagues.

Smith is owned in a majority of leagues, but with Leshoure's performance this week he looks like he has been dropped to third on the depth chart behind Joique Bell. 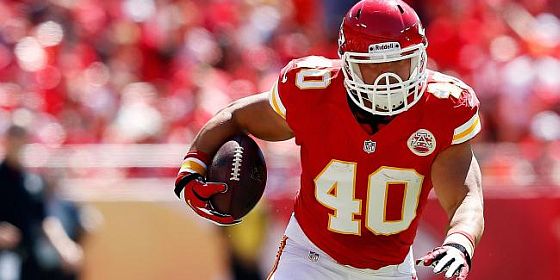