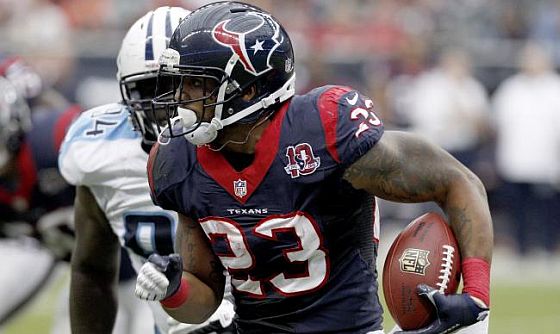 Through four weeks of the 2012 season there are 29 backs averaging at least 8 points a week, compared to 33 at the same point last year. More importantly, that number doesn’t include early round picks Chris Johnson, Ryan Mathews, Shonn Greene or Steven Jackson, leaving those owners trying to decide if their early investments are worth starting every week.

The average rushing yards don’t tell the whole story about the inconsistency in the modern running game. Among those 29 players averaging 8 points a game only seven (Arian Foster, Ray Rice, Alfred Morris, Marshawn Lynch, Maurice Jones-Drew, Adrian Peterson and  BenJarvus Green-Ellis) have scored 8 points each week. We have come to expect that unreliability at WR and TE, but the top names at those positions have seen better results than the expected top backs this season. 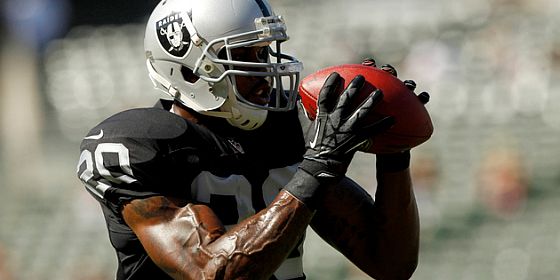 The lack of stability at the position that used to be the core of fantasy football has placed a premium on having depth and being able to identify the best matchups each week. A successful owner no longer can just plug in their top backs each week, but need to read reports on injuries that could cut into carries. Additionally, in the pass-happy NFL teams are now looking to pass on short yardage downs more than they did in years past. Touchdown vultures remain a problem as well, with backs like Michael Bush and Jackie Battle scoring double-digit games at the expense of the starters in Chicago and San Diego.

With bye weeks now depleting the pool of quality backs even further, the value of a top running back has never been higher. It might be time to change the old formula of holding on to your elite backs and start shopping them for upgrades at WR and QB. A WR who averages 8 targets a week brings more value to the table than a running back, with reduced injury risk. If you’ve been able to build a deep pool of average backs by picking up some of our recommendations, now is the time to leverage those players and make a move for another position. 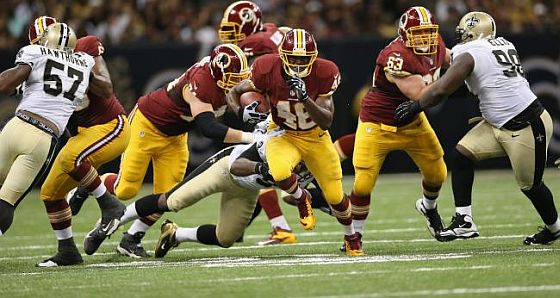 It was only Week 2 when we said that Battle's two touchdown performance against the Titans didn't matter, and that he should only be trusted as a handcuff. We've changed our opinion on the Chargers goal line back after a second big week and comments from San Diego management that lead us to believe he will be seeing consistent carries for the foreseeable future. Goal line backs are always a risk, but with the bye weeks now in full effect, Battle should be a solid RB2/Flex option. 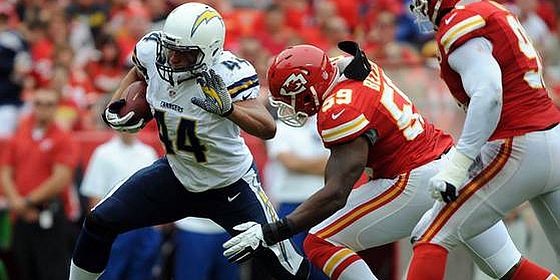 The rookie rusher out of Mississippi enjoyed a monster game against the Bills on Sunday, scoring 20 points in standard leagues in his first sustained game action. We don't see this being a regular happening for Bolden; he doesn't have the talent and the backfield situation in New England is far too muddled. With Stevan Ridley having success in the starting spot and Danny Woodhead and Shane Vareen also eligible for carries, Bolden will be lucky to see more than a handful of touches each week. 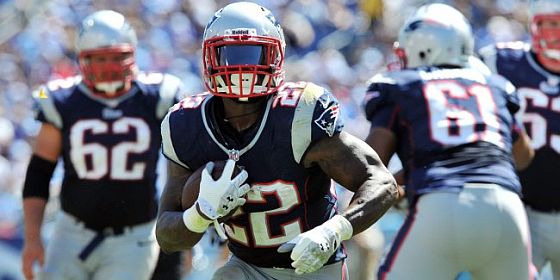 This was Bradford's second straight bad fantasy start, with a completion rate hovering around 50% and more interceptions than touchdowns, but we urge owners to keep the faith. After an injury-marred 2011, the Rams appear to be taking it easy on Bradford to start this season, keeping the playbook limited as he develops. The good news is they should open it up over the next few weeks. Three of Rams next four opponents, Arizona, Miami and New England, are among the bottom half of pass defenses in the league. One to two touchdowns a week and Bradford looks like a much better option. 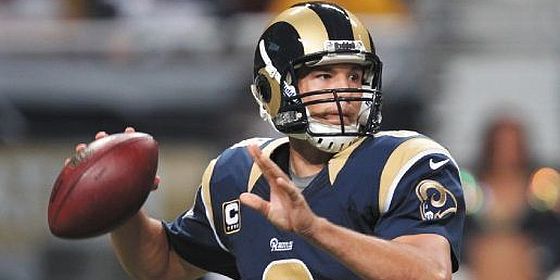 Let us be very clear on this, we aren't telling you to drop the Packers top pass catcher, because he is too talented to give up on completely despite a lackluster four weeks. When he is on the field, Jennings is still getting targeted in the Packers potent offense, but he just hasn't been able to stay on the field this season. After a groin injury limited his effectiveness in Week 1 and 3, and cost him Week 2, Jennings was supposed to finally be healthy for Week 4. Unfortunately for both Jennings and his fantasy owners the same injury flared up, putting him on the sideline and leaving his Week 5 status in doubt.

Lingering groin, ankle and toe injuries have been known to haunt players for an entire season. We don't trust Jennings in a starting lineup until he can complete a few games healthy, so if you can trade him for 80 cents on the dollar do it. 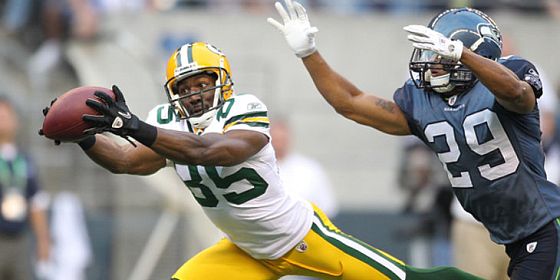 One big play does not a breakout make, and that is all Morgan accomplished this week. He was barely on the field and ranks somewhere behind the left tackle on Drew Brees' list of receiving options. A double-digit score during bye weeks is going to make him a popular pickup this week, but don't waste a roster spot on an afterthought. 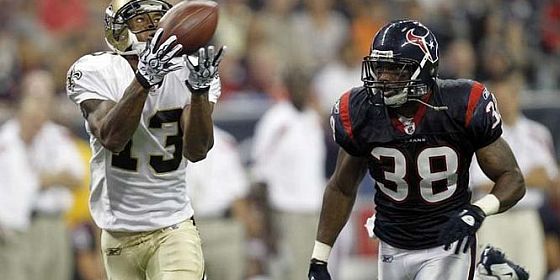 At this point no one knows anything about the severity of the injury to the Jets top receiver, but it looks like he might be out for a while. As we said with Greg Jennings, foot, ankle and groin injuries to speed players tend to linger, so even if Holmes is back in a few weeks he becomes much less reliable. This could open up some opportunities for Jeremy Kerley in the passing game, but also could signal the death knell for Mark Sanchez's starting spot in New York. A combination of poor performance and lack of growth have fans clamoring for Tim Tebow, but if he gets the start it's time to bench all your Jets. 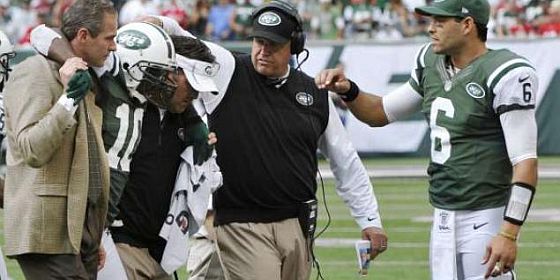 Offensive Line Injuries Of The Week

Buffalo has been able to run the ball at will this season, but struggled in a late game collapse against the Patriots on Sunday. While injuries to their top two backs is a factor, losing two starting linemen, including their pulling guard, might be too much much to overcome in the next few weeks. With a game against the 49ers on the docket this weekend there isn't much value in either CJ Spiller or Fred Jackson. 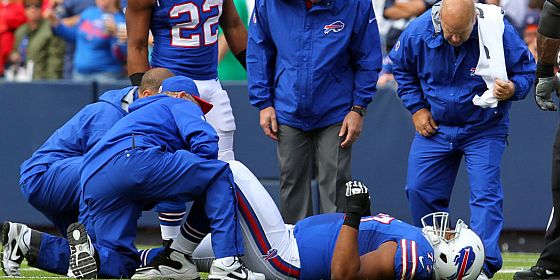 Hartline was targeted early and often against Arizona last weekend, and ended up with an incredible 253 yards on 12 receptions with a touchdown. He isn't as talented as most number one receivers around the league, but if rookie QB Ryan Tannehill trusts him it could result in a few more big games this season. A healthy Reggie Bush is still the top option in the Miami passing game, but Hartline is definitely worth the pickup with upcoming games against the Bengals, Rams, Jets, Colts, Titans and Bills. 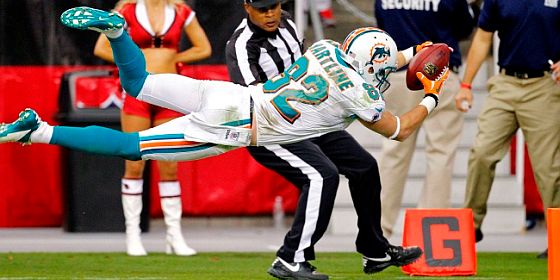 We just went over the Dolphins upcoming schedule, which should make Tannehill a quality fill-in during the bye weeks.

The Cardinals are the league's surprise team early in the season, and it isn't because of the running game. Larry Fitzgerald is one of the best receivers in the game, and his presence on the field benefits the rest of the passing game.

All Chandler does is score TDs, and if he is healthy for Week 5 he deserves to be starting for your fantasy team. The line injuries are a concern, but Buffalo has never used Chandler primarily as a blocking TE.

Backing up Frank Gore is less of a dead-end job than it used to be, as Hunter showed in a 10 point fantasy week in Week 4. The 49ers are a team that will grind out wins on the ground, and even with a healthy Gore, Hunter should see enough touches to be a viable flex play. 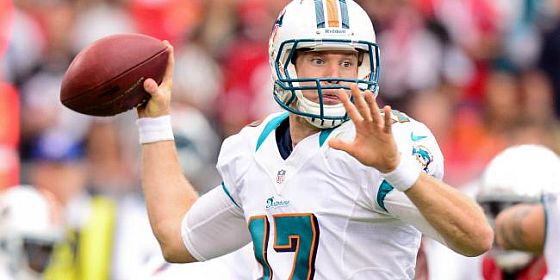 If you drafted Wilson expecting a Cam Newton-like rookie campaign you have been disappointed so far, and we don't see that changing. A respectable 60% completion rate masks an ugly sub 150 yards a game passing offense, and one that is buoyed by that horrible Week 3 hail mary. If Wilson struggles in his next start we expect free agent pickup Matt Flynn to get a look under center for the Seahawks.

We are done waiting for Moss to break out for the 49ers and you should be too.

Lots of factors here: A 2.8 ypc average, a spot firmly behind Pierre Thomas on the depth chart and a bad team that is playing catchup most weeks. Leave the second-year player to the waiver wire for now. 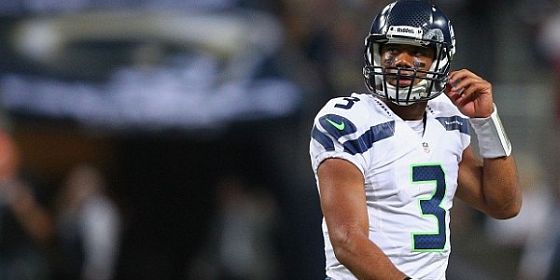