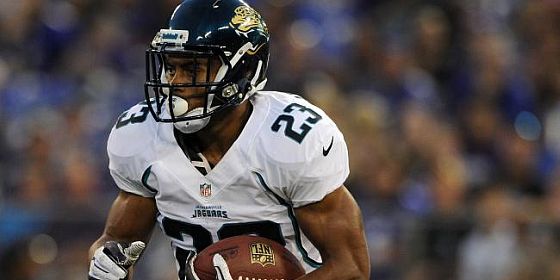 It’s approaching midseason in the NFL and running backs continue to fall. This week saw the potential biggest loss of the season, with Maurice Jones-Drew suffering a potential season ending injury, but he is just the latest in a line of backs that have missed games including Cedric Benson, Matt Forte and Trent Richardson.

One of the rules of thumb in fantasy football used to be that you handcuffed your top backs in case of injury, but the lack of elite running backs has made that more difficult. Owners are just as likely to pick up other teams’ handcuffs as their own, as they are betting on an injury to one of your players.

The big question to ask is which handcuffs are worth owning. We have three rules used to determine if it’s worth going out and paying to back up your own starters.

Learning to identify those players worth picking up will allow you to survive and sometimes even thrive after the loss of a starter. A lesson Rashad Jennings’ owners will learn in the coming weeks.

The Bucs' QB had his third straight big fantasy week, this time putting up 35.7 points on an awful Saints defense. The completion percentage is still low (below 60%), but Freeman looks to be regaining the form that made him a popular draft sleeper in 2011. His improved passing performances coincides with a reduction in pressure, as Freeman was only sacked once each in the last three starts, and his knockdowns and hurries are down as well. A tough matchup with the improving Vikings in Week 8 should temper expectations, but the following three weeks are all good matchups for the Tampa Bay passing game. 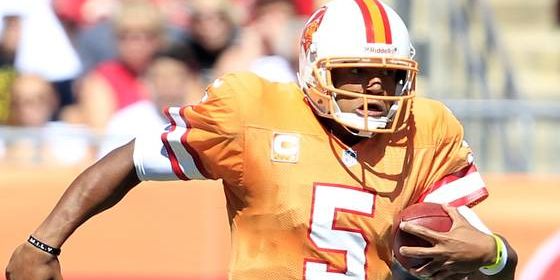 For owners who dumped Chris Johnson early, this game was a painful reminder of what they gave up, but it doesn't change our opinion of the Titans' back. Johnson has actually posted back to back quality starts, going 19 for 91 the previous week. A realistic assessment of Johnson tells us he isn't as bad as he showed earlier this season, but he isn't as good as he was against a Bills defense that has been victimized repeatedly this season. One thing to keep in mind: these two quality weeks came with veteran QB Matt Hasselbeck under center. Quarterback Jake Locker is getting healthier and could return as soon as this week, and we don't know what that will mean for Johnson going forward. We cautioned selling him too cheaply earlier in the year, and now we urge the same caution on paying too much to pick him up on the hopes that he's once again reached elite status. 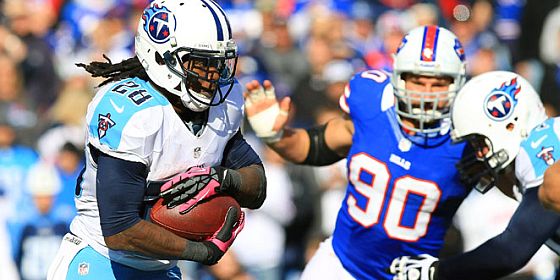 It seems like we are talking about trends this week, so we might as well mention the Patriots "starting" back. Owners were worried when Shane Vereen was the nominal starter in Week 7, and Ridley posted his second straight poor week. After he averaged 2.1 yards a carry in Week 6 the 3.8 yards in Week 7 -- while still below his season average -- was a return to form for the second-year runner. While the touches were shared more this week (Ridley had 17 compared to 10 for Danny Woodhead and 9 for Shane Vereen), he still had the bulk of the 31 carries. With St. Louis, Buffalo and Indianapolis all coming up for the Patriots, Ridley should remain a fringe RB1, even if New England starts working Vereen into more plays. 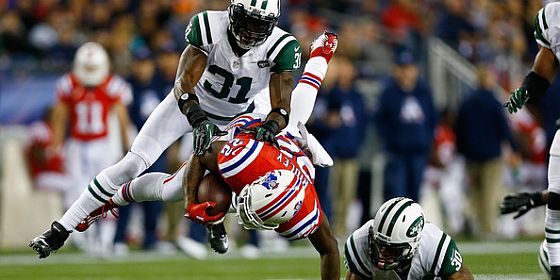 It isn't that Newton isn't still putting up decent fantasy totals (his 18 point performance was still 11th in a big offensive week), but his decision-making is becoming worrisome. Another dumb interception in the red zone has the potential to scare coaches into taking the ball out of Newton's hands inside the 20, which could cost him much of his fantasy value. If you took Newton in the first five rounds, as many owners did, you are probably stuck starting him, but it's time to start shopping the slumping sophomore and watching the waiver wire for spot starters. 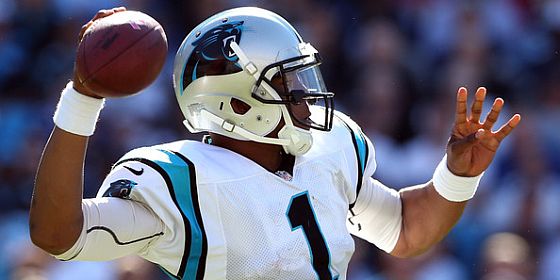 We have to mention Chris Johnson's backfield mate and temporary handcuff's big game, but it's meaningless. Harper vultured a pair of TDs that kept Johnson's game from being even bigger, but they were against the Bills and an anomaly. Harper was a popular pickup last season as Johnson struggled, and he did nothing then. We don't expect that to change this year. Javon Ringer will return as the backup when he's recovered from his MCL injury, and we haven't seen enough from Harper to trust him even as a flex unless Johnson goes down. 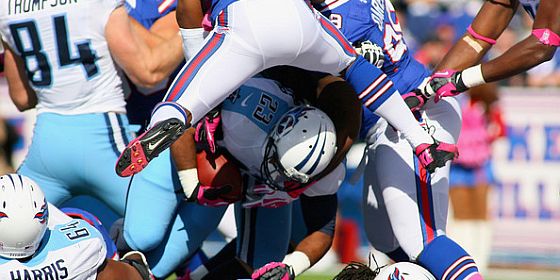 At this point all we know is that MJD is out for Week 8, but this could be an extended absence for the diminutive back. Jones-Drew has been the only reliable starter for Jacksonville this season, and his loss could also end any fantasy value for the disappointing Marcedes Lewis. If you are a MJD owner you may already own Rashad Jennings after MJD's threatened holdout, but if not it's time to grab him. Jennings won't provide the same value as Jones-Drew, especially as a receiver out of the backfield, but 80% of MJD is still a solid RB2 option. 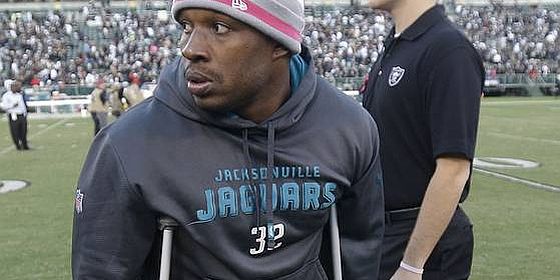 A Packers team that is giving up 232.4 yards a game suddenly finds themselves without their starting safety and defensive captain after Woodson suffered the second broken collarbone of his career. While Monday Night Football controversy star M.D. Jennings should serve as an adequate replacement on the field, it's the wisdom and experience of Woodson that will be most missed by the Pack. Green Bay's improving defense counted on his leadership, and with him out we could see a return to the porous defense of 2011. With the team also losing starting RB Cedric Benson recently, the Packers will likely find themselves relying more on big passing days from Aaron Rodgers. This will be a boon for players facing Green Bay as teams will be throwing early and often against a weakened secondary. 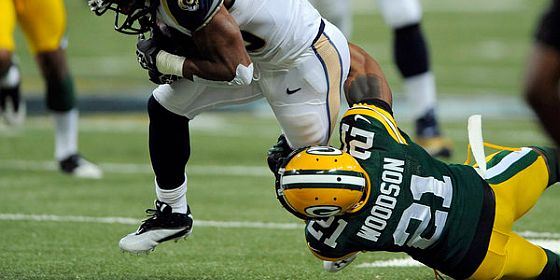 Ray Rice, along with the rest of the Ravens, had a horrible day in Week 7, accumulating only 54 yards and not seeing the end zone in a 43-13 loss to Houston. Worrisome to Rice's fantasy owners was the Ravens concentration on the pass, despite the inability of the aerial offense to get going. Rice had only nine carries (of 10 for the running backs) while Joe Flacco dropped back 47 times. The lack of a viable rushing game made Flacco a sitting duck in the backfield, and Houston's J.J. Watt led a smothering front seven in hurrying him all day. The Ravens appeared to once again give up on running the ball the moment they went down by more than one score. That is a big problem for Rice owners, as a banged up Ravens defense could put the team in a number of shootouts going forward. If Cam Cameron and the Ravens coaches abandon Rice, the top five fantasy pick will quickly drop out of must-start status. 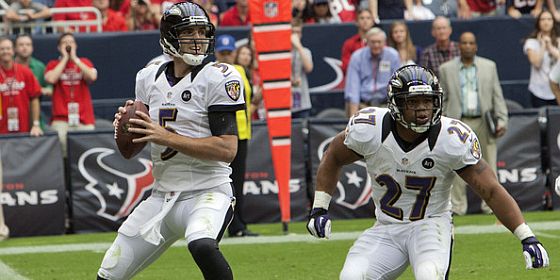 It's going to be wait and see on which QB gets the start for the Titans this week against the Colts, but whoever it is becomes an instant spot start option against a Colts defense that hasn't stopped anyone

We said last week that someone had to step up in Arizona, and it looks like someone did. A big Week 7 should give the coaches confidence in Stephens-Howling, who is a flex start going forward.

Same thing applies in Green Bay, where Green looks to be the heir to Cedric Benson's rushing attempts. Teams have to worry more about the pass in Green Bay as long as Aaron Rodgers is under center, which turns Green into an RB2 candidate. He didn't do well in week seven, but 20 carries say he is the starter.

A trio of young receivers that are the second options in their offense, each can provide some quality in an emergency. 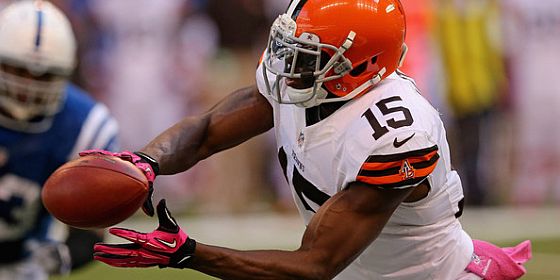 Can't stay healthy, which keeps him off the field and out of fantasy lineups. More importantly, he's not building chemistry with rookie QB RG III.

A popular pickup a few weeks ago, Shane Vereen's big week should leave Bolden out of the rotation a while longer, even when he is healthy.

If you owned Smith early in the year you've been holding out hope that he gets back into the mix for carries with the Lions. It's not going to happen, and it's best to just let him go.

This one hurts us personally, as we had fallen hard for Hawkins' agility early in the season, but he's not getting enough looks in the Bengals offense to even be a flex player. 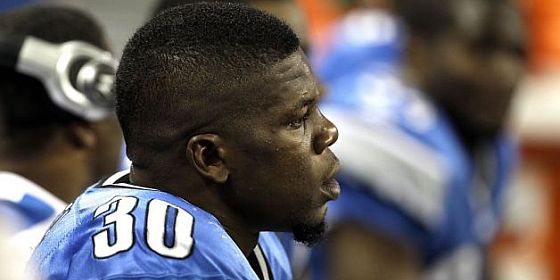