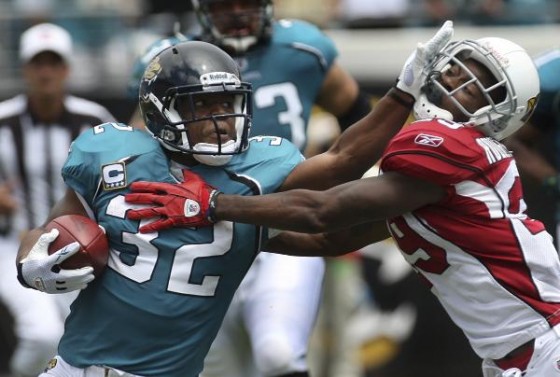 This is the beginning. Like it or not, your fantasy record to this point is a waste of the bytes used to display it. I’m sure you loved your draft choices like Eli Manning loves the color beige, you loved your team, loved your heavy hitters, and loved the risks you took on late round sleepers. Unfortunately, so did everyone else. The sad reality of the fantasy landscape is that everyone uses the same magazines and websites that generate the same player rankings and sleepers as the next guy. Leagues are no longer won and lost on draft day, as in years past, and assuming that you aren’t a fantasy football rookie, you now know or are learning the importance of the stretch between week 3-7. Leagues are now won and lost during this stretch more than any other. Lets go over some basic ground rules to get you started, then hit on the players that you might still be able to trade before its too late. 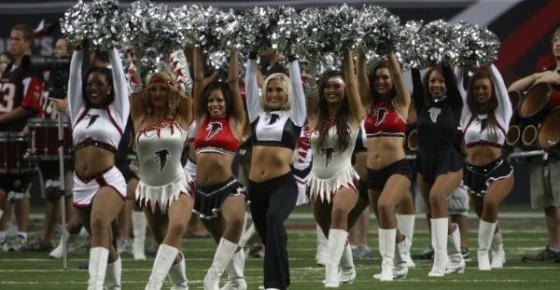 Drafting Cheerleaders in the Third Round may not win you the league, but who cares?

1. Forget what you thought. (kind of)

You spent a good deal of time preparing for your draft, and it wasn’t wasted, but you have to put your assumptions up against what you now know. Too often, our draft assumptions about a players potential performance heavily out weigh what they have told us on the field, when the reality is that it should be the direct opposite. Its like still judging a blind date on what your friends told you before you met her, but after the second date. Each player is what they have produced. That doesn’t mean what they have shown us is exactly what they will be from here on out, but barring injury, it is a much better indication than our draft projections. Last year Aaron Rodgers was the second highest scoring QB and last year was probably available for pennies on the dollar at this point. The guy who wins leagues will recognize these draft miscalculations 2-3 weeks earlier than the pack. The waiver wire has also historically produced a top 10 player at each position. Last year Shaun Hill (top 10 QB), Matt Forte, Roddy White, and Steve Slaton were probably available on that waiver wire. Forget where he was ranked pre-draft. If he is under producing for his draft slot, he just might be that bad.

2. Know when to give up on a sleeper.

Roster spots are like gold. Treat them as such. Like the next guy, I stock the bottom of my roster with potential sleepers for the season. However, be careful. Drafting sleepers is like cruising a Barnes and Noble for chicks. You could strike gold, but if you don’t know when to jump ship, you might find yourself wandering around a bookstore all day. Identify why they are on your roster and know when to let go. Sleepers come in two varieties: those that rely on an injury to put up starting fantasy numbers, and those that don’t. Know why they are there, what you expect, then look at their numbers and act objectively if they are not on pace to perform the way you expected. You talked yourself at the draft into believing in them. Don’t let that draft day lovin’ cloud your judgment and make the mistake of holding on to long.

Lets get to the dirty…

Players that you should be looking to trade for pre draft value. (and are showing it):

Aaron Rodgers: Having been sacked 10 times in two games, the Packers offensive line may not be gelling as well as projected. And by that, I mean that they clearly hate Rodgers and are doing everything they can to get him decapitated. Don’t jump ship yet, but Rodgers isn’t the top 5 QB that most had him pegged. Beware of putting him in automatic start mode. Keep an eye on his match-ups. He is still a starter against most defenses.

Ben Roethlisberger: Similar story, although no one thought the offensive line was going to be any good. Ben is hard to bring down, but has been sacked six times in two games. Also a concern is his low number of yards per completion. Keep an eye on his match-ups, and start or sit accordingly.

Matt Hasselbeck: Injuries are tough to predict, but are getting easier with this guy. With one already in the books this year, his hair isn’t the only sign of aging. Pull the chute on him as soon as you can get something in return, and when he goes out for the season, be glad it wasn’t yours he ruined.

Matt Forte: If you can get first round talent in a trade for Forte, take it. His inability to get involved in the offense should be sending up major red flags. The Bears revamped the entire offense around Jay Cutler, and Forte was expected to play a huge role, but it just hasn’t been the case so far. It may change, but if you drafted Forte, you need to be getting first round production, and Forte can’t be considered a lock to provide it at this point.

Michael Turner: Turner dropped on many draft boards because his heavy workload last year historically points to a loss in production this year. His heavy workload so far only reinforces that idea. 50 carries in two games might be sustainable but it’s a major gamble. Trade him for first round value, and let someone else sweat it out.

Wes Welker: The reality is that Tom Brady isn’t going to play to Tom Brady standards until later in the year if ever. Bradys injury is causing him to bail out of every throw with any action around his front leg, particularly on short drops. Unfortunately for Welker owners, that’s where he makes his living. If those pinpoint short passes are even slightly off, it disrupts the timing and yards after the catch that make Welker so valuable. Factor in the nagging injury, and the emergence of Julian Edelman, and Welker is unlikely to put up the top 5 WR points that you thought when you drafted him. Get value and get out.

T.J. Houshmandzadeh: Everything about this guy smells like bust. His pre draft ranking was largely based on the renewed health of Matt Hasselback. Considering his age and nagging injuries to both Houshmandzadeh and Hasselbeck, you need to dump this guy as soon as you can. Hold on to him until everyone sees what he is, and you will be as sorry as Lamar Odom looking back on his decision to skip a bachelor party hosted by Joe Francis.