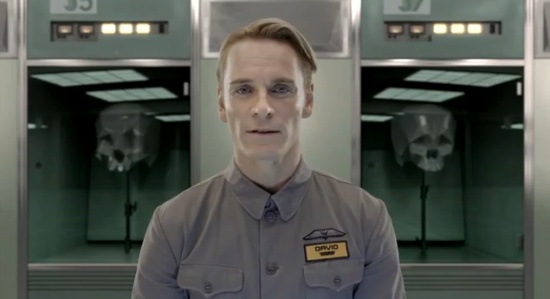 I dunno bout y’all, but as far as the summer movie slate goes, the only one I’ve labeled a must-see is Ridley Scott’s maybe it is maybe it isn’t Alien prequel, Prometheus. The more footage I glimpse, the more convinced I am it will be a worthwhile $10 investment down at the local multiplex. The latest viral video unveiled by the film’s savvy marketing team presents Michael Fassbender doing his best HAL 9000 impression as the android called David. It’s unnerving stuff and will likely conjure memories of Ash right before he went bonkers on the Nostromo.

Yikes, that’s creepy. And what’s the deal with the skull-like helmets behind him? Methinks something goes awry with David. Just a hunch. Prometheus opens June 8th.