Media > Movies > The Fate of the Furious : Review

The Fate of the Furious : Review 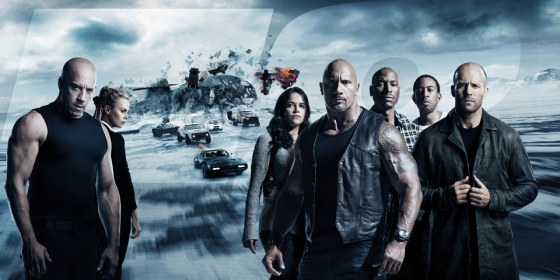 The first thing that struck me about F. Gary Gray’s contribution to the Fast & Furious franchise—outside of the jury-rigged flaming heap of scrap metal screeching in reverse down a stretch of Cuban highway at 200 mph—is what writer Chris Morgan doesn’t do: reach to fill the void of an integral character. Where there is a subtle tribute to the late Paul Walker, Morgan, who’s been on board with the series since #4, has grown his career with these characters. Much like a TV series, it’s taken quite a while for them to develop. As lacking in nuance as they are, it’s clear that Morgan knows how best to position them as this blunt-force chess match continues forth. 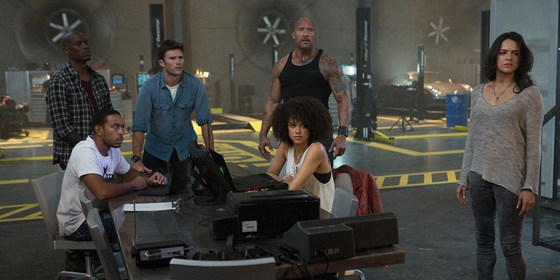 So now that we know who’s who and what’s what, it seemed prudent to take things in an entirely different direction. Unlike his two predecessors, Gray doesn’t simply trade out old parts; the Straight Outta Compton director goes full-bore as he rekindles with his “A Man Apart” star Vin Diesel,  without shoehorning in the martial arts star of the year or Harrison Ford. 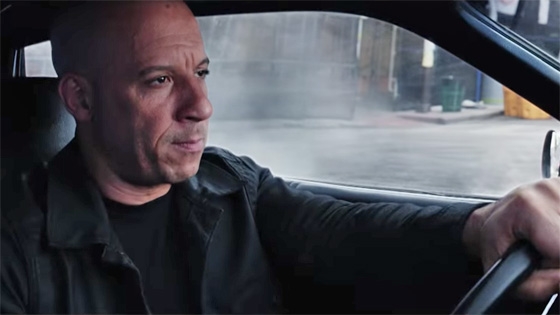 Instead of smoke and mirrors tactics (not at all to diminish James Wan’s nearly impossible task of Furious 7), Gray and Morgan take a risky but necessary arc with mainstay Vin Diesel, whose character Dom Toretto goes rogue during a mission to retrieve an EMD from villainous hands. That’s right, sixteen years after the original film, Dom’s the bad guy again. Of course we know he’s really not. We know this, because the lug is loyal to a fault. 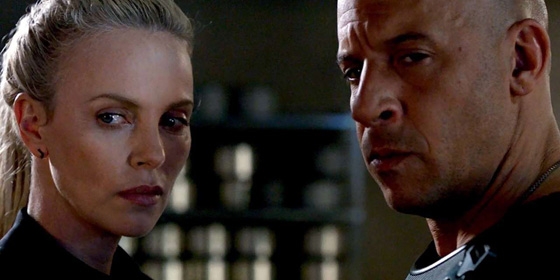 Yanked from his honeymoon with wife/recovering amnesiac Letty (Michelle Rodriguez) by super hacker Cipher (Charlize Theron), Toretto is forced to betray his team/family, for reasons we’ll later find out. She’s about ten steps ahead of cyber-genius Ramsey (Game of Thrones star Natalie Emmanuel) and techie counterpart Tej (Ludacris),  and about the only word that made any sense to me in this epic digi-dual was “encryption” (though now I’m beginning to doubt my handle on the definition of that word, too). It’s fun because Ramsey is gorgeous and smart and Tej and his fully cemented franchise joker buddy Roman (Tyrese Gibson) trip over each other’s toes trying to get her attention. 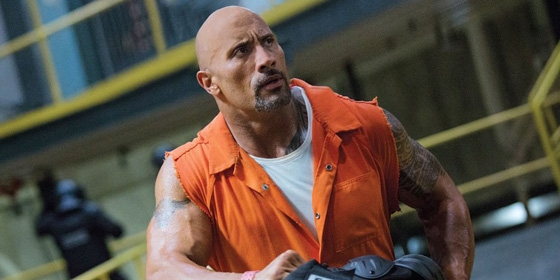 Nobody’s drooling over Cipher, because she’s such a stone cold bitch. Yes, she’s such a diabolical  person that Theron didn’t need to slap on the Oscar-winning Monster makeup to be unattractive.  She is the catalyst for an unlikely turn of events that teams Jason Statham with Fed extraordinaire/girl’s soccer coach Hobbs (Dwayne Johnson) after a rather elaborate prison break. If you don’t recall, Statham plays Deckard Shaw, the outcast British Special Forces/Black Ops guy who threatened global peace in the name of revenge in the last film, also responsible for killing one of their team mates in Tokyo Drift (the third film, which really tied the whole thing together up until this point). But please, feel free to hop on board if you haven’t seen any of the other movies. 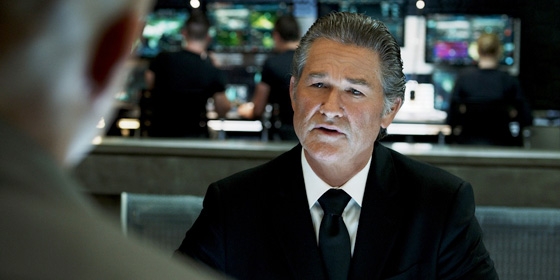 This scheme is put into motion by Mr. Nobody (Kurt Russell), who is in and out periodically as a kind of special ops proctor. It is all but wiped from memory that at one point these characters, particularly Rodriguez, were ever actually just street-racing thugs, and at some point along the way they must have received some serious tactical training. All bets are off when Mr. Nobody and his idealistic greenhorn protegé (Scott Eastwood) give them the keys to the toy store—the inventory of seized vehicles from East Coast drug dealers—what better way to explain an orange Lamborghini in a high-speed ice chase. (Roman’s friends really should have advised him against that for their own good, but hey, it’s only a Russian nuclear sub we’re trying to stop). 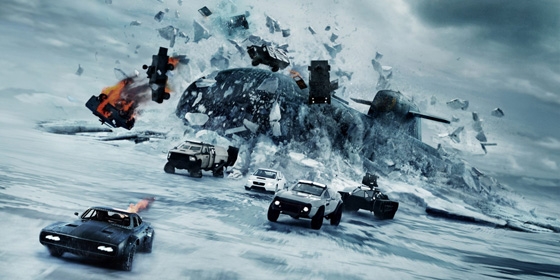 Why there’s a military grade tank in the garage, I’m about as sure of as for whom Russell’s character works, but what the hell, it’s all in the name of some damn good entertainment. The Fate of the Furious is worth watching if not just for one scene in the streets of New York City, where I’ll just say that it rains cars; it might just be me, but the effects appear to be more on the practical side than the computer-generated. And, it includes Toretto’s few greatest expressions of emotion yet, rooted in an unprecedented vulnerability. Best in the franchise since Fast Five.

The Fate of the Furious

Best in the franchise since “Fast Five”.