After a final weekend in which playoff spots came down to the last game played, we now are blessed with actual playoffs. Jobs of General Managers and coaches now go from entering the postseason to having actual postseason success. 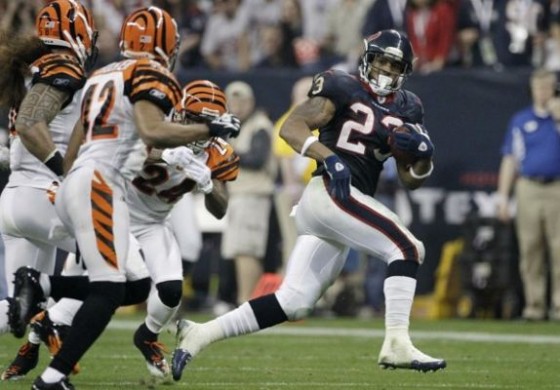 These are two teams which are headed in completely different directions. Consider the following stat: In the last half of the season the Bengals are 7-1. Their one loss came by one point. Meanwhile, teams have figured out that the Texans only have an established passing game when they establish the run first. If you put the game in Matt Schaub’s hands from the get-go, then the Texans entire game plan will fall apart. Incredibly, Vegas has the Bengals as the biggest underdog to win the Super Bowl. However, the edge this weekend show go to the them. 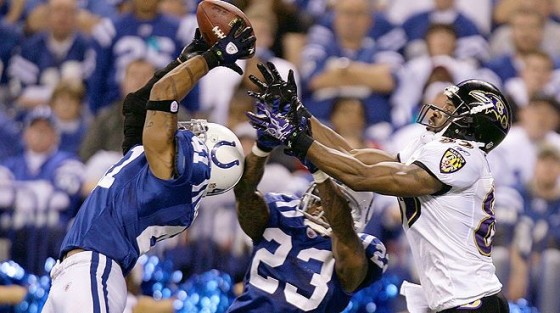 Baltimore and Indianapolis are two cities fraught with an intertwined football history. However, it is only the recent history that matters going into this weekend’s game. The Colts are riding a wave of emotion on the return of head coach Chuck Pagano from Leukemia treatment. Pagano knows Baltimore well having served as their defensive coördinator. And Andrew Luck has been sharp down the stretch.

The Ravens are in team in flux heading into severe uncertainty. They are limping into the playoffs and quarterback Joe Flacco is staring at free agency if he flops. We know the Colts hearts are in this game. With injuries and an overall disappointing season compounded by a year-ending loss, you would have to legitimately wonder about the Ravens commitment. In this environment, the Colts win and the Ravens are headed for a complicated off-season. 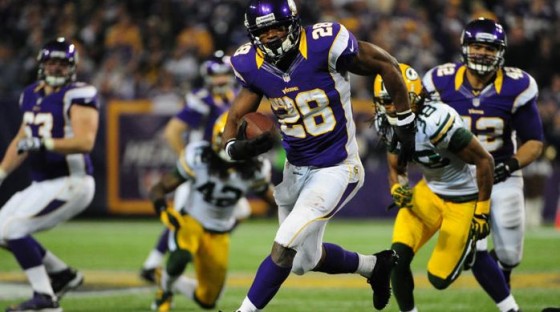 In this scenario, the Minnesota Vikings are analogous to the Orange. The Vikings put together a monumental effort to get into the playoffs and have squeezed more out of their roster more than anyone believed possible, which is commendable. Despite Greg Jenning’s sister’s Twitter tirade, Aaron Rodgers is not an overrated quarterback. If this was a Disney movie, the Vikings would win. Unfortunately, this is grown-up time and the Packers will move on. 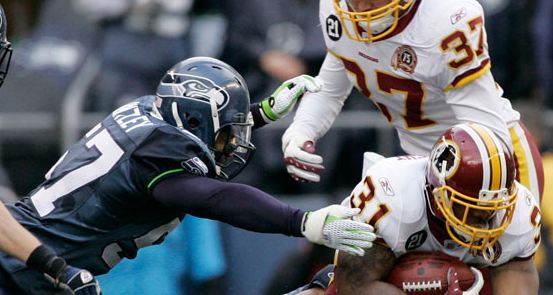 The good news for people who failed geography in high school is that Seattle will actually be in Washington D.C. this weekend. The bad news for Seahawks fans is that the Seahawks will also be playing in D.C. this weekend. This is going to be the closest game and might go into overtime. If it was played at a neutral location, then this exciting duel of dynamic rookie quarterbacks would be a complete toss-up.

However, the Redskins have won seven straight games and have loads of momentum in the world as well as home-field advantage. The Seahawks have had bits of luck this season that defy most rational explanations. A blown call skated them past the Packers. Another blown call gave them a win which may have cost Lovie Smith his job. We are predicting that luck, the concept not the quarterback, will run out this weekend. Take the Redskins by the narrowest of margins.