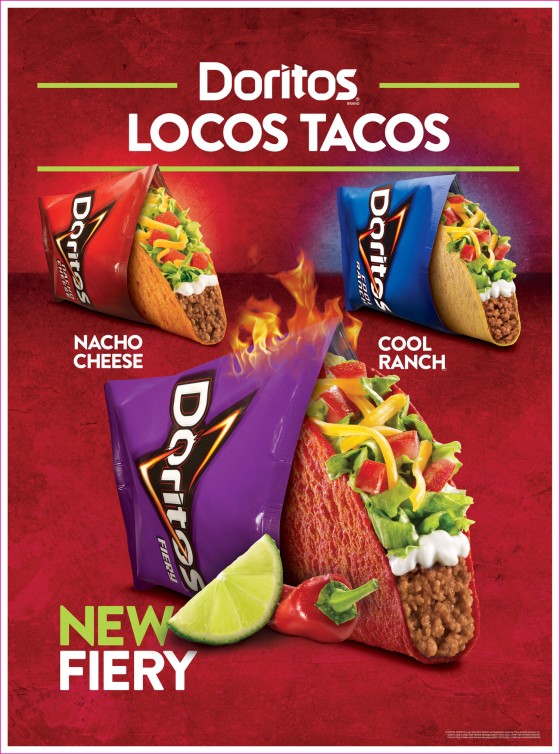 Hot off the success of Doritots Locos Tacos and the Cool Ranch variety, Taco Bell is set to unleash its newest flavor on August 22nd, Fiery Doritos Locos Tacos. Presumably, they’ll be a much spicier variety :

“Launching the first two Doritos Locos Tacos were obvious: Nacho Cheese is the top-selling Doritos flavor and our fans asked us for Cool Ranch. For the third DLT, we heard our customers as they told us they wanted something spicy and with flavor. So, in another Taco Bell first, we partnered with Frito-Lay to create a DLT that delivers heat, but with a twist, and is available exclusively at Taco Bell. Mirroring the flavors of a regional spicy Doritos chip, we made a few changes based on customer feedback – including the use of a red shell and a more descriptive name – to create Fiery DLT.” 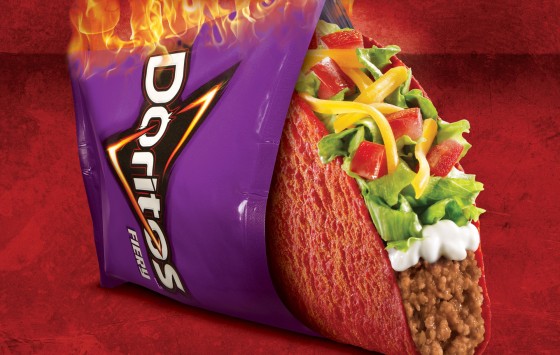 So if you need to light a fire under your ass to get you to the toilet quicker, it appears Taco Bell has a solution for that. We’re big fans of the original and will stick with our regular Nacho Cheese DLTs, but there is certainly a market for the Cool Ranch and Fiery varieties. The new Fiery DLT will be available nationally – $1.39 regular (170 calories; 10g total fat) and $1.69 for a supreme (200 calories; 12g total fat).