Sixteen Awesome Swords of the ’80s

Having fits of nostalgia is all the rage these days, and we here at Gunaxin love to sit idly by, stare blankly into the horizon, and dream of the days when sharp things stood front and center way back when this author was six through sixteen. That’s right, friends, we’re talking Swords and we’re talking The ’80s. 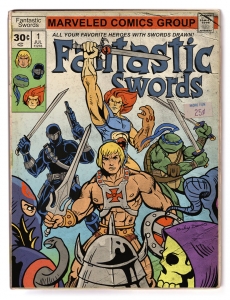 But why and why? Because some (including us) will argue that The ’80s were by far the most epic time in a 40-something’s childhood, especially when it came to bad-ass weaponry and the bi-pedal folks who carried them. Sure, we could just have easily chosen guns, or miscellany, but instead, we chose swords because, in a word, swords are cool. And just as a caveat here, we kept this list as true swords, as in somehow sharply bladed and solid. This pretty much eliminates Light Sabers and Thundarr’s ring sword, so no need to comment that we forgot those, okay? So have a seat, grab a can of Jolt, pull up your Zubaz, and check out what we’ve got here! 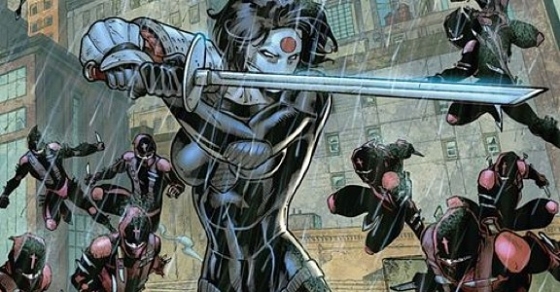 Making her comic debut in 1983, we simply had to add this assassin for her association to Suicide Squad. 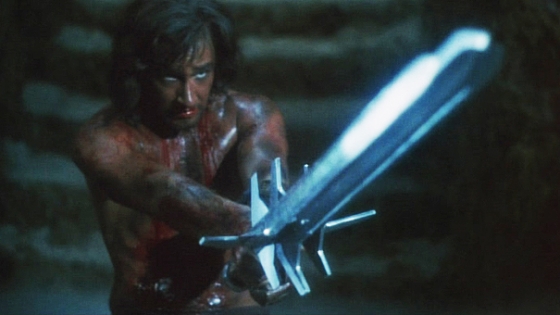 There wasn’t a whole lot to love about this silly Fantasy yarn from the ’80s, aside from Prince Talon’s awesome three-bladed sword. And yes, it shoots the blades. 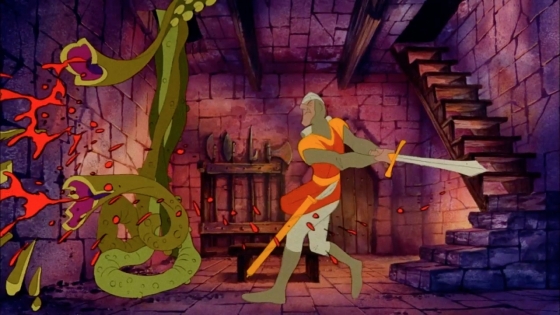 Many of us shelled out weeks’ worth of allowances trying in vain to master this video game featuring Dirk, sexy Daphne, and fantastic art by ex-Disney animator, Don Bluth.

Though Robert E. Howard created Conan the Barbarian in the ’30s, it’s the 1982 Arnold flick we’re focusing on here. He and his sword were bad ass and successfully launched the Austrian’s career into history.

Swords from Dungeons and Dragons – ’80s 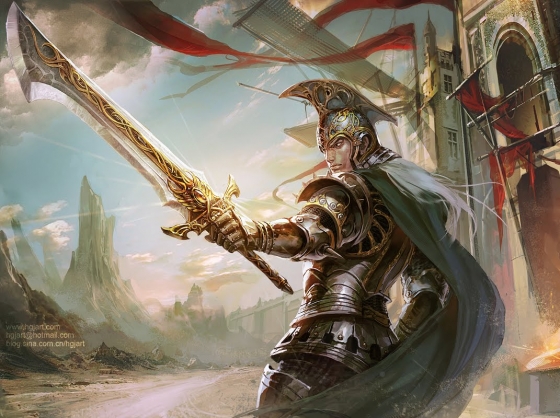 We have to be a little selective here since D&D has been around in one iteration or another since the 70’s. In the super popular role-playing game, one could conceivably choose swords from broad to bastard, from scimitar to Saracen, and everything in between. We’re particularly fond of the Basic Set, 3rd Addition from 1983-1986. 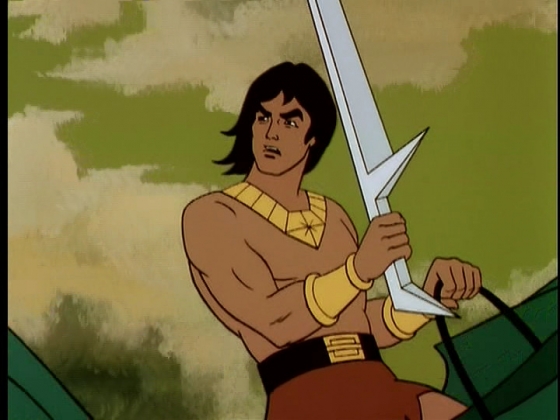 The first in a few on this list of cheesy-yet-cool cartoons from the decade that is rife with them. This one featured a good guy (John Blackstar) and his mortal enemy, Overlord. In this tale, the two share different halves of the same sword, The Powerstar! Neat! 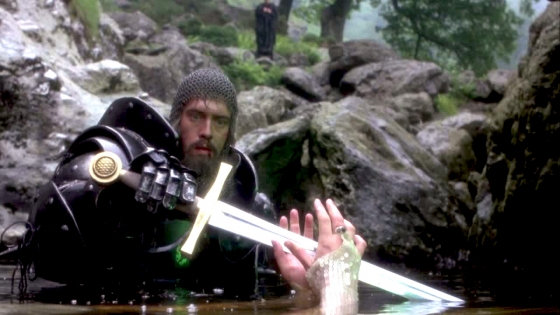 Everyone knows the tale of Arthur, his quest, and his gift of the sword Excalibur, and this ’80s adaptation is pretty much no different. But we all know Excalibur is a pretty epic blade. 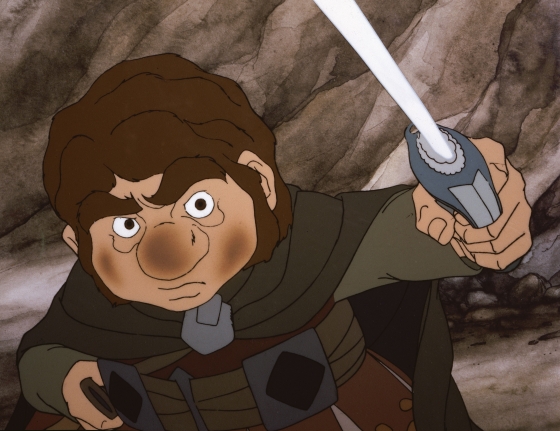 Long before Peter Jackson even dreamed of creating his sprawling epic recounting Tolkein’s ‘Lord of the Rings’ series, Ralph Bakshi animated it. The first, The Hobbit, came out in the late ’70s, but its sequel aired in 1980 and featured the sword in question, Bilbo and Frodo’s blade, Sting. 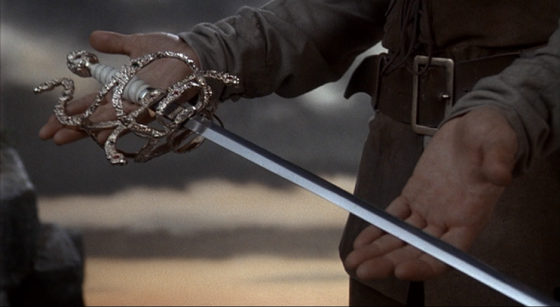 Count Rugen (the six-fingered man) asked Domingo Montoya to forge a sword to accommodate his unusual grip and then reneged on his promised price. Domingo refused to sell for less and instead gave the sword to his son Inigo, for which Count Rugen killed him. Inigo spent 20 years looking to avenge his father’s death over this sword.

My name is Inigo Montoya. You killed my father. Prepare to die. 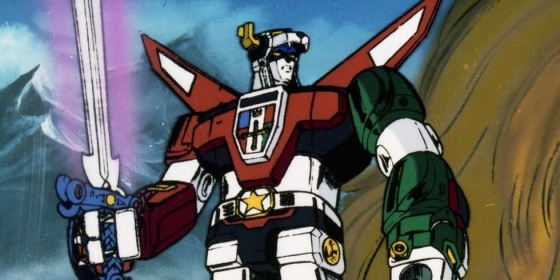 In the Japanese version, Beast King GoLion, the sword was referred to as the Ten King’s Sword. However, in the American version of the show, titled Voltron: Defender of the Universe, we couldn’t find any clues as to whether or not the name carried over. That being said, we love Ten King’s Sword. 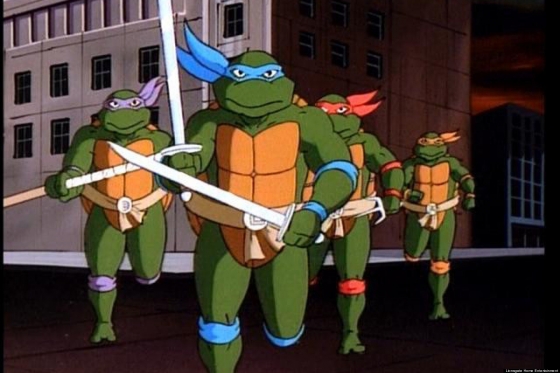 As the leader of the adolescent martial artist reptiles, Leonardo sports a blue mask and, most importantly, two katana blades for kicking Foot Clan ass. 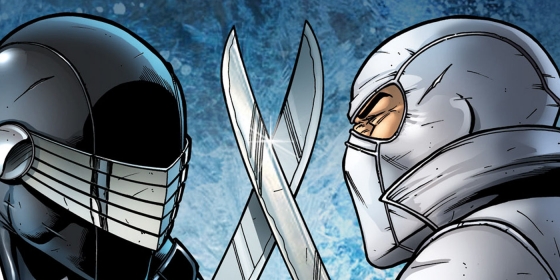 We all know and love G.I. Joe. It was an ’80s staple, both the cartoon and the myriad action figures it produced. Within said properties we find two ninjas, basically the Yin and the Yang of both the Joes and Cobra. Both fought often for their side, and both frequently used katana of their own. 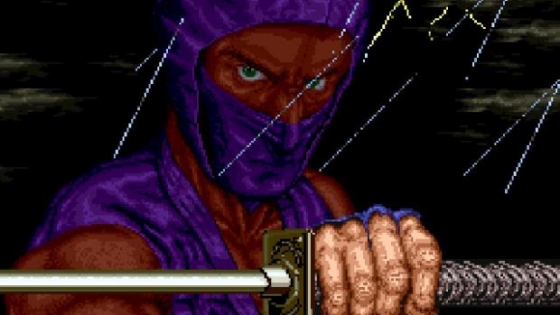 Another in the well-loved pantheon of ninja-wielded katana, we find Ryu in the very difficult NES video game, Ninja Gaiden. It was fun, but damn some of those levels made you want to snap your controller in twain. 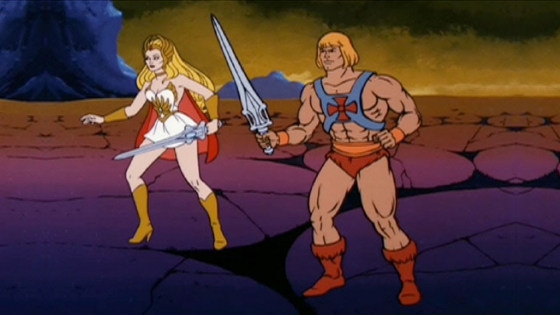 Another in the classic ’80s cartoons line-up. We all recall Prince Adam and his sister, Princess Adora, both wielding equal halves of the same sword each granting them the powers to transform into He-Man and She-Ra, twins in action! 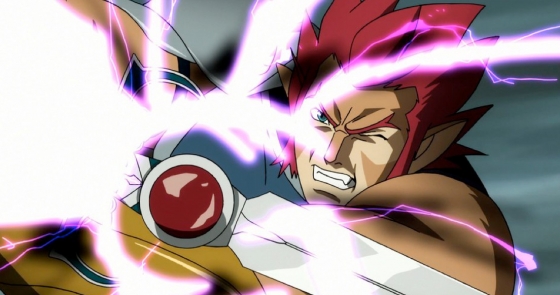 The final entry in our ’80s cartoon list features the great show chock full of anthropomorphic animal people, The Thundercats! In this title, Lion-O is the youthful leader, inexperienced, yet granted the Sword of Omens that imbues him great strength, and the vision to see for miles. 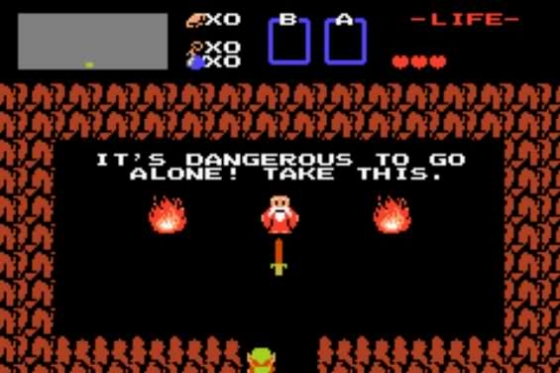 And finally, topping our list is the Nintendo classic, The Legend of Zelda! In this game the player takes the form of elfish Link and guides him on his quest to save Princess Zelda, gather the pieces of Triforce, and destroy Gannon. Even though it can be done, we recommend you don’t go too far without the wooden sword, the white sword, and the magic sword.