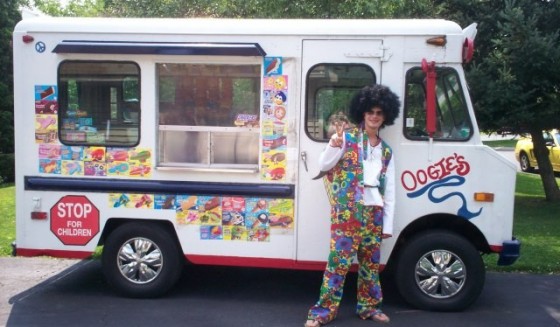 Remember when you were a kid and one of the greatest joys of any hot day was that mystical twinkling of the Ice Cream Truck trundling over the horizon? Yeah, we all do. Nothing screamed ice cream like that ethereal tune that played repetitively as the truck stopped at every eager child on its merry way to you; your sweaty hands grasping that few dollars like it was the last money on earth. Those were the days. Eddie Murphy remembers those day fondly, in NSFW style.

But then we all got older and some of us had kids of our own. And now, there isn’t a more irritating and nauseating sound on earth than the death knell of the lowly ice cream truck. There’s just no stopping it, because even the drivers know that in big, near-beach neighborhoods, it’s practically like printing money. But even in little suburbs like mine, the Good Humor demons still manage to weave their way to your house just as all of your kids happen to be right outside and you, unfortunately, have no actual cash on hand. Oh the agony. 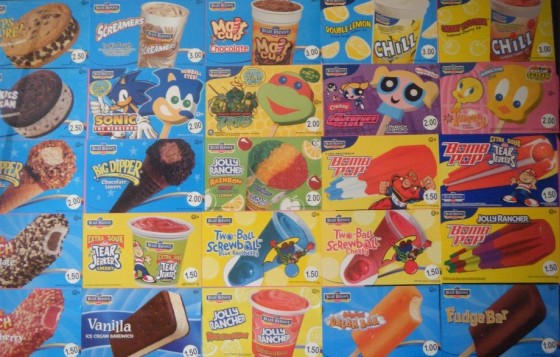 …and menus have changed quite a bit, too. Gone are the days when you were offered maybe a dozen choices, ten of which were just variations on a common Popsicle-type theme. Now there are easily twenty-plus items featuring everything from Batman pops to Dove Bars, each sporting price tags definitely reflective of the times. You’d think novelties would get cheaper, not more expensive, yet we still readily shell out 3.50 or even 4 dollars a pop… no pun intended.

Well, before this gets turned fully into a complain festival, let’s return a bit to our youths and check out fifteen classic treats from the ice cream truck, in honor of National Ice Cream Day.

These classics have been around for a long, long time and are meant to remind those Baby Boomer-types of life when orange sodas were served at their local malt shops. Tasty and nostalgic. 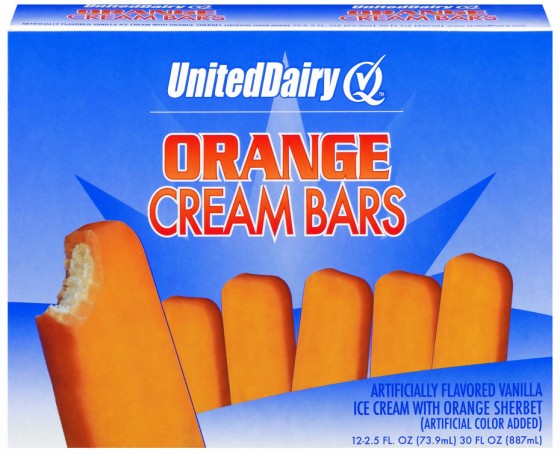 The first frozen ice treat on a stick was introduced in 1922, and it took another near 30 years to perfect this frozen novelty. The Push Up now comes in a variety of flavors and designs, but the favorite and original is orange. 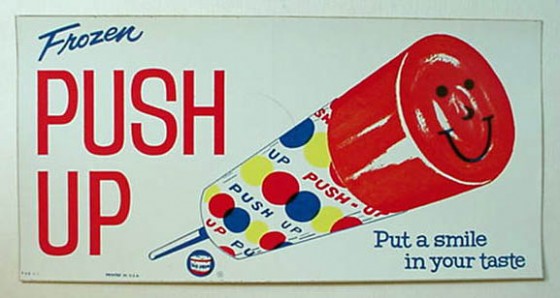 What do you think of when you think of the flavors cherry, lime, and blue raspberry? Bomb Pops, that's what. Sure, today you can find many different amalgamations of favorite flavors, but the originals were invented by James S. Merritt and D.S. Abernethy in 1955. 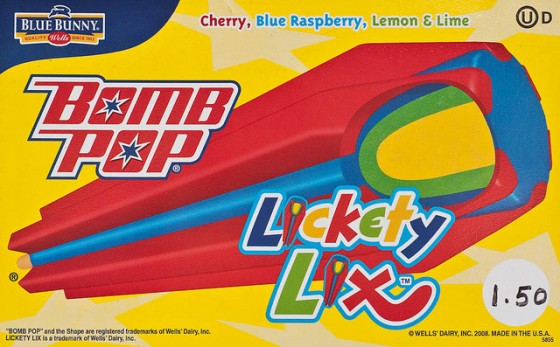 It's hard to believe this once-only-trucked confection has been around since just 1984, that's only 28 years ago and that's relatively new considering the vintage of some of these classics. Now it can be find everywhere including Taco Bell restaurants... which makes sense, I suppose.

Sometimes these favorites are referred to as Chipwiches and are typically made by sandwiching ice cream between two chocolate chip cookies. Sometimes they're rolled in either chocolate pieces or cookie bits that stick to the ice cream. They have been around since 1981 and were created by Richard LaMotta. 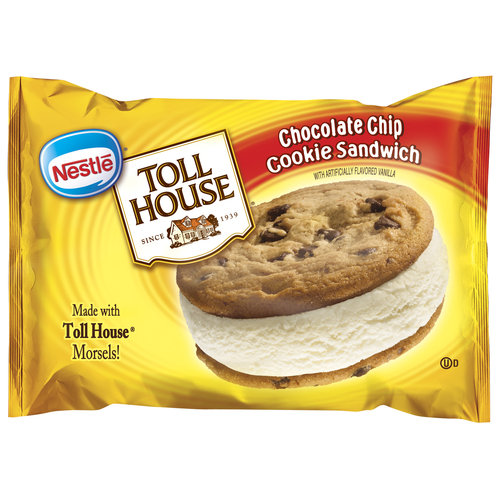 Since the 1960's, when the Good Humor Man was really into its heyday, many different novelties were trucked around giving kids the ultimate in choice. One of these classics was (and still is) the Chocolate Eclair bar, which features a chocolate inside with vanilla and chocolate bits coating it. 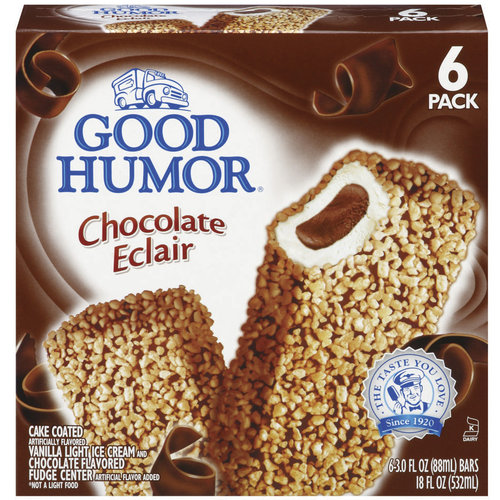 The classic Popsicle brand has been around since 1905, when the story goes that, "11-year-old Frank Epperson left a glass of homemade soda on his porch on a very cold San Francisco night. The next morning he went to go get the soda and it was frozen. Using the stirring stick that he had also left in the glass, he pulled it out and tried it." Eventually, the now Unilever brand introduced 'Fudgicles', which are now called Fudgsicles. 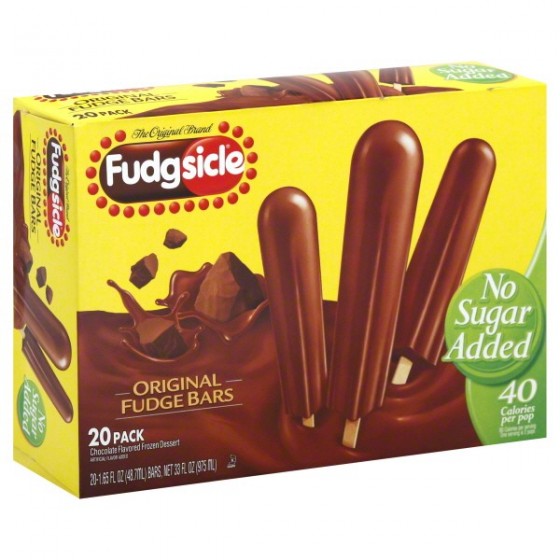 The typical and industry standard Ice Cream Sandwich features two chocolate 'cookies' (which are really more like slightly rigid cakes) sandwiching vanilla ice cream. Many varieties have come along since its invention in 1945 by Jerry Newberg, including different flavors of both the filling and the shell. 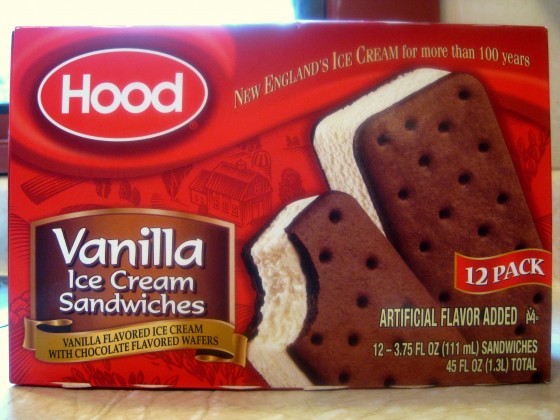 In the mid 80's, when the WWF (now the WWE) was really at its entertainment peak, stores and ice cream trucks began shilling the quite popular Gold Bond Ice Cream-brand 'WWF Superstars of Wrestling Bars'. These confections featured two cookies, one chocolate and one vanilla with a drawing of the wrestler, and vanilla ice cream on a stick. These were delicious. 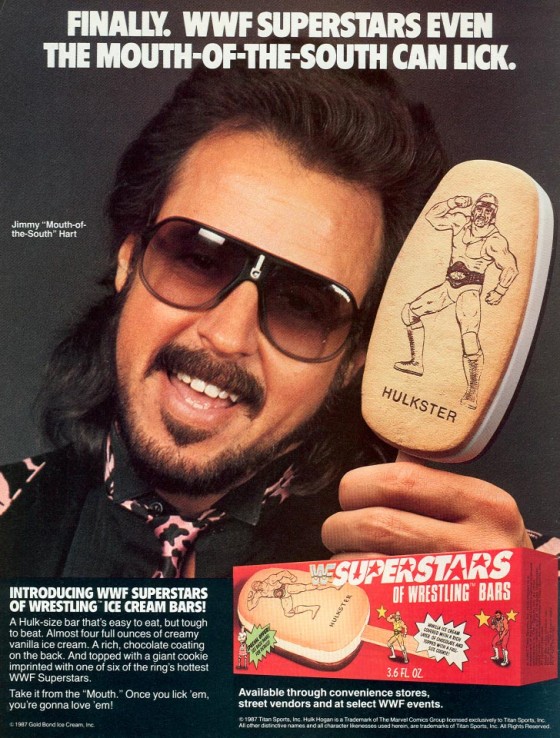 Lemon Ices are exactly what they sound like: frozen lemonade. Well, for the most part. But they are incredibly popular not only on ice cream trucks, but all over the world especially since their origin leads them back to Italy. Though the American version is slightly different, it's still refreshing and delicious. 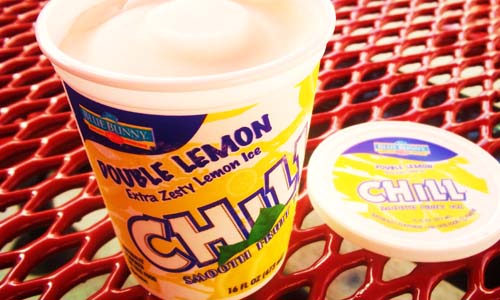 Though you may never have had a Cornetto (but hopefully have heard of one thanks to Edgar Wright), there's a pretty good chance you've had its American cousin, the Drumstick. Invented in 1928 by I.C. Parker, the Drumstick consists of a waffle cone filled with ice cream and topped with a chocolate shell and nuts. Some have caramel or even a chocolate well in the bottom of the cone, but they're all more or less the same. Possibly my personal favorite confection. 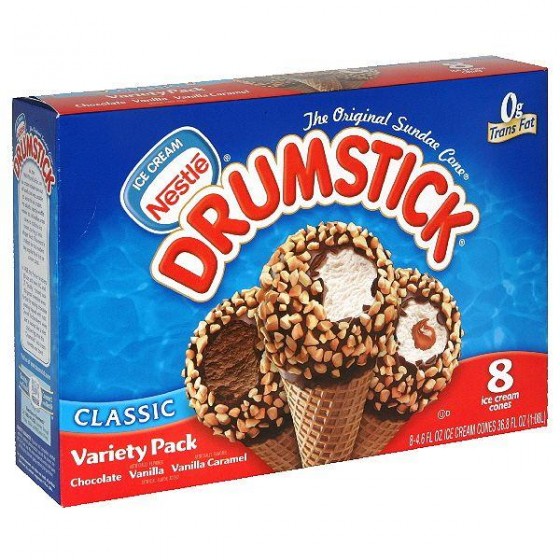 First introduced in 1937, it would take a few more years for the Nestle Corporation to melt their classic Crunch Bar candy topping right over a be-sticked vanilla ice cream bar. Classic. 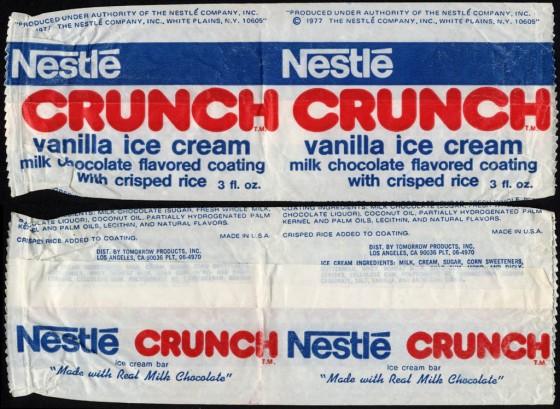 I've decided to use the Pink Panther Pop as the representative for many different character-based confections that have been around since the 60's, basically because it happens to be the one I remember most as a kid. Today, you can find Dora the Explorer, Scooby Doo, Teenage Mutant Ninja Turtles, and Tweety Bird among many, many more. Basically, it's a shaped 'water ice pop' with flavoring and, typically, gumball eyes.

As far back as the late 1800's, people were adding flavoring to shaved ice and making what was always referred to as 'Snowballs'. Eventually, during the Depression, when ice cream was unavailable, and then during World War II when most frozen treats were sent to the soldiers, Snowballs and Snow Cones really came into their own and became very popular. 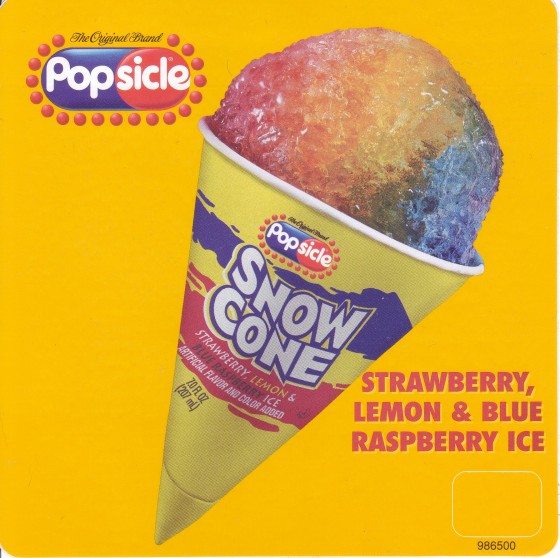 Another of the 'Coated Ice Cream Confection' is the classic Strawberry Shortcake bar. Much like its cousin, the Eclair Bar, this features strawberry ice cream coated with cookie chunks representative of the short cake and even chocolate bits. 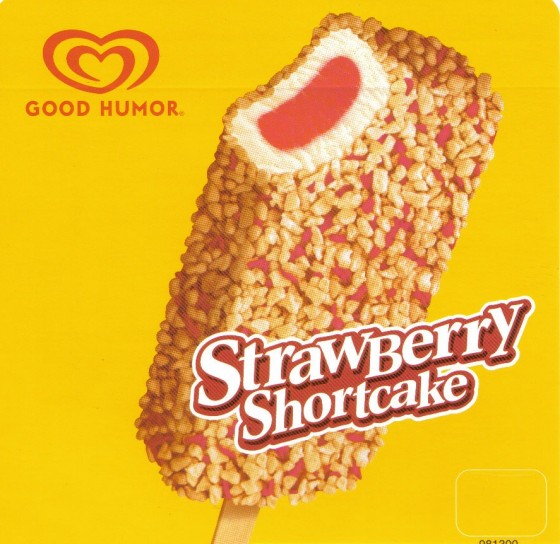