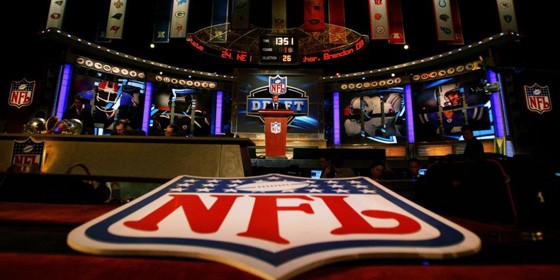 The NFL has always been the leader in sports. In terms of overall revenue, the NFL dominates when compared to the other professional sports around the World. Even the English Premier League, the highest earning soccer league in the world, does not come close. They pulled in just under $5 billion in revenue in 2012-13 while the NFL brought in $9.5 billion in 2013.

Their dominance does not stop at the bank. The NFL also brings in more television viewers than all the other sports. A great example is the Super Bowl. Each season over 100 million people tune in to watch the Super Bowl. That is more than the NBA Finals, NHL Stanley Cup, and World Series combined.

So when it comes to putting on a show for the fans and making money, the NFL knows how to do it. This is why they have made deals with ESPN to break up the draft into a three day event with the 1st Round held on ESPN during Primetime followed by the 2nd and 3rd rounds the next night, also in Primetime, and then the remaining rounds on Saturday.

They are not doing it because the teams requested the draft to be spread out over three days. No sir. They did it because that is what a giant does, it can do just about anything it wants to make even more money. To prepare you for the three day event coming up this week, we have decided to give you a list of crazy things to be ready for. Enjoy.

15. Chip Kelly will trade the Liberty Bell to get Marcus Mariota 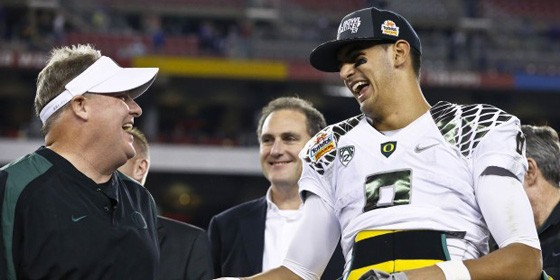 LeSean McCoy might not have been 100% happy in Philadelphia but you would really have to nit pick to find reasons as to why trading him was a good idea. Especially when it was for a guy coming off a season ending knee injury in only his second NFL season, Kiko Alonso. It doesn’t make things better that the kid just so happened to play at University of Oregon either.

So when ESPN alerts of a trade in progress between Philadelphia and Tennessee, don’t say we did not warn you. No one is safe on that team unless they played at the University of Oregon. 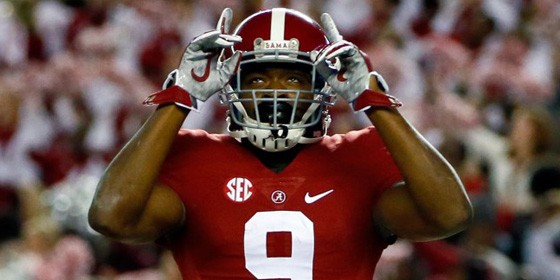 Not only will Tampa Bay decide to avoid drafting Jameis Winston and hope that Mike Glennon is the future, but they will draft Amari Cooper to line up across from Vincent Jackson and Mike Evans making the most devastating WR core in the NFL for years to come.

It would be a bad move, but a bold move. Jameis Winston is a good QB, if not a great one, but Cam Newton has been in the league four seasons and has digressed each year. His numbers have decreased consistently as the team has improved slightly. The media will make them public enemy number one if they do not draft Winston, but taking Cooper would be the better choice overall. 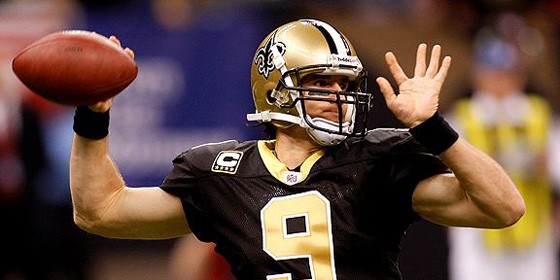 The New Orleans Saints hear about the Tampa Bay Buccaneers decision to draft Amari Cooper instead of Winston and Mickey Loomis begins making calls. It doesn’t take long before a trade between the Saints and the Bucs goes down just moments before the draft begins.

The Saints new draft picks will look like this:

Once the riots are over in the French Quarter, the fans will see that the Saints are thinking about the future and how Drew Brees will forever be the guy that brought a Super Bowl to the city but he is also going to retire very soon. The Colts seem to be fine now that Manning is gone.

12. Mel Kiper Jr and Todd McShay Fight to the Death 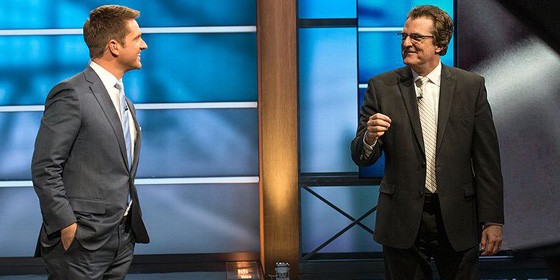 ESPN has figured out a way to put two analysts on TV, at the same time, saying completely contradicting statements and still expects anyone to believe either of them.

Todd McShay knows everything and wants us to believe him when he talks about who is going to draft which player. Mel Kiper Jr does the same thing but with different results. As they sit on the panel talking about the upcoming selections, one thing leads to another and Mel Kiper stands up and drops McShay to the floor. At that point, McShay goes into beast mode and grabs both of his legs bringing him to the floor and they roll off the stage and into the crowd fist fighting like two guys fighting over a girl.

As they are pulled apart, the next selection of the draft is announced and both men look at each other and nod in agreement saying, “That was a good pick.”

11. Bears Fans Boo the Commissioner Because That’s What You’re Supposed To Do 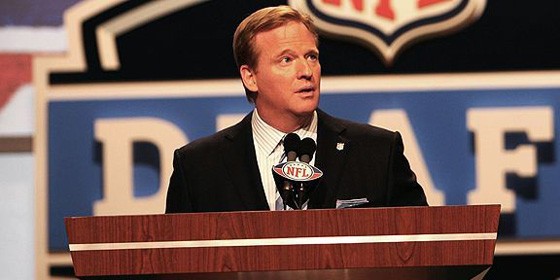 Nothing to see here, this is actually the one thing that is guaranteed to happen. In fact, the number of Bears fans in attendance might actually be outnumbered by Giants fans.

10. The Tampa Bay Buccaneers Select… (Wait, who is even here?) 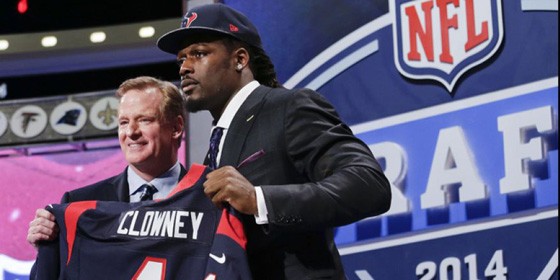 The NFL draft was once a destination for future first round draft picks to enjoy. They show up in their finest suits and shiny new jewelry with some of the finest women in the country. But that is about to change.

ESPN is panicking. The NFL is worried. Roger Goodell is wondering why none of the kids listen to him when he says it is nap time.Why? Because Jameis Winston, Amari Cooper, and Marcus Mariota are not going to be there. For the first time in NFL Draft history, three guys projected to go in the first five slots are going to stay home with family instead of attending the Goodell show.

This leads to an eventual ending to the dog and pony show and the draft goes back to the old format, two days for all rounds. (1-3 on Saturday, 4-7 on Sunday)

9. The SEC Rules On Day One 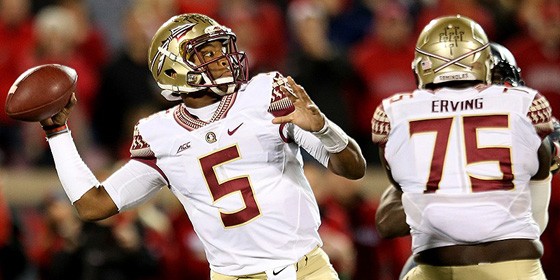 It is a shock to see any other conference out draft the SEC in the NFL. Especially with the caliber of talent they produce year after year. And this year is not going to be much different. The SEC will be king of first’s in 2015. Here is a breakdown for you to see what we mean:

Pos: First Player to be Drafted at this Position, College, Conference

DJ Humphries (Florida), Shane Ray (Missouri), and Jalen Collins (LSU) should also be first rounders giving the SEC and grand total of 12 players selected in the first round. Nice! 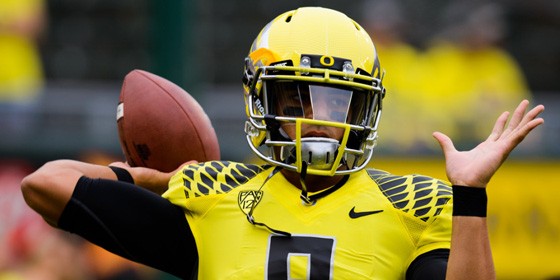 Which one, Jets or Giants? Either team would be glad to draft this kid but the only true certainty is that if he is available for the Jets, who draft 6th overall, they will take him and not allow him to fall to the Giants at 9th. Tennessee would be the only chance the Giants have at Mariota so imagine this scenario:

Tennessee drafted Zach Mettenberger and he is good not great. He has battled injuries his whole career and is still coming off that torn ACL he suffered in 2013. They could use a QB that they can rely rather than a guy who may or may not get hurt again.

The Giants take advantage of the Titans need for a leader and make it happen. It is honestly not as far fetched as the other ideas we have talked about today.

Eli Manning then retires from the NFL because he does not want to play for the Titans. (Kind of like when he threw a tantrum and said he would not play for the Chargers back in 2004) 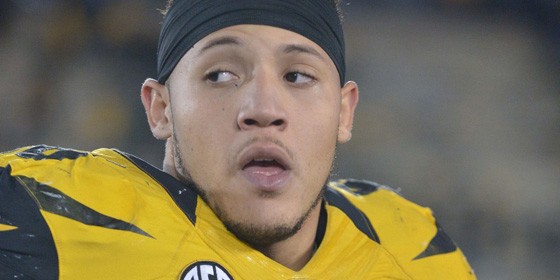 When a player’s name is called, he can celebrate but he first has to walk into a room located between the waiting area and the main stage podium. Inside this room, the player urinates into a cup which will be attached to a sensor that lights up green or red. If green, he can continue his walk to the podium.

If red, security escorts him onto the street along with his family and the player is told to go home and wait for a phone call from Roger Goodell. All the players from Oregon protest this new addition to the draft. Shane Ray and Randy Gregory tell ESPN they are going to play in the NBA.

6. Lebron James Announces He Is Going To Retire From NBA and Try Out the NFL 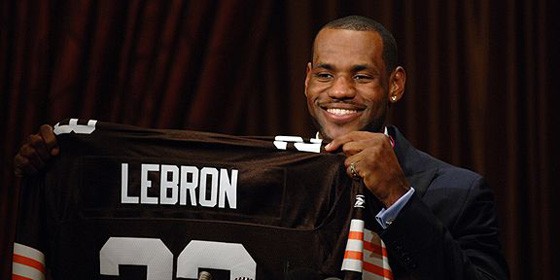 Michael Jordan played baseball and was horrible at it so he went back to the NBA and won three more titles. That is just how it goes. Since the comparison’s between MJ and King James are always debatable, Lebron James chooses to give negative Nancy’s something to really argue about.

Due to the nature of the ratings boost, Roger Goodell changes the rules and allows him entry into the draft even though he is still playing in the NBA Playoffs.

Cleveland trades their entire defensive line to get the top pick and take him. 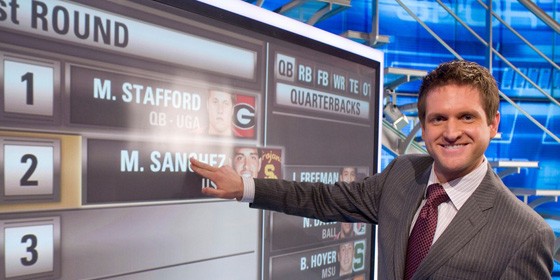 This guy has a problem with Mock Draft’s. Honestly, why do we need to see so many of them day after day? If you need to change a couple picks, talk about that instead. His mock draft’s normally stay the same past the 10th pick. His updates are only in the top ten. What is he on now? 5.0? Seriously, do we need 5 separate mock drafts from the same guy within three weeks? This guy flip flops more than a foreigner’s feet in Florida. Of course he’ll also update his mock draft after the actual draft too, if you don’t watch him closely. 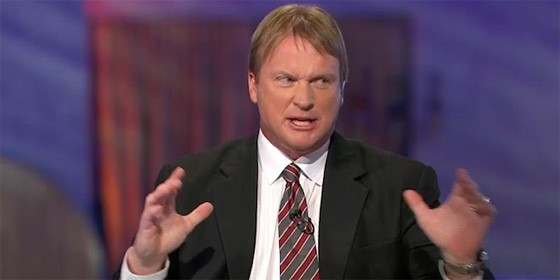 Jon Gruden gets excited and overjoyed after each and every selection. He is also heard saying, “This guy is truly incredible.” 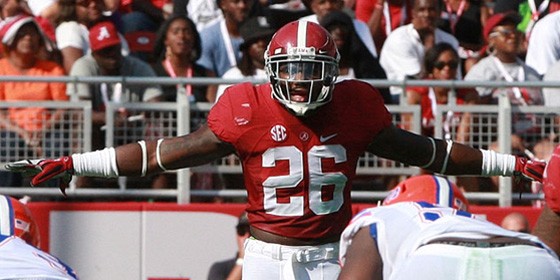 The University of Alabama, under Nick Saban, has consistently sent players into the NFL. Their longevity, however, is another story. Still, Alabama has had two or more players drafted in the 1st round in five consecutive drafts. They have had at least one selection in the past six straight years.

With a high probability of Amari Cooper not falling into abyss, the streak will continue. If Landon Collins gets taken in the first, as projected, the other streak will also continue. Does anyone care? No. Not a single fan of football wants to see Alabama win at anything, especially Nick Saban. But who are we to say anything? 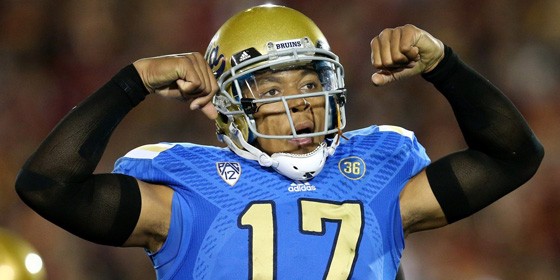 The fans in Denver are already fickle, but do they honestly think Peyton Manning is going to last another five years? It is apparent he is nearing an end to a very historic career. Especially when he shows signs of fatigue as the season goes on. It is almost like he should sit out the first five weeks of the season and that should be enough rest for him to make it a full season and Super Bowl run.

Meanwhile, the Broncos panic and take a QB considered to be a project for any NFL team, Brett Hundley. They stick him behind Peyton and hope he learns from the best so that when the career is over, the Broncos do not miss a beat. But since the fans booed one of the best QB’s in NFL history who just so happens to also play on their team, we promise you a riot will ensue. Because they are in Denver, however, it will never happen because everyone will get stoned and forget about it.

1. Dallas Cowboys Takes Whoever Jerry Jones Tells Them To Draft 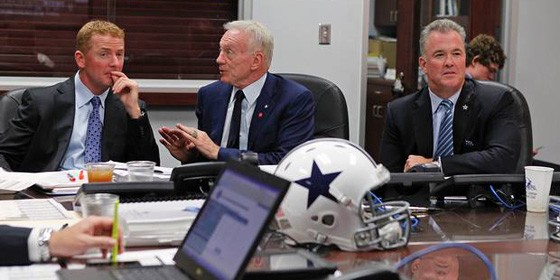 It happens every single year at the draft, one guy is selected a bit higher than expected. Most of the time, it is Dallas that is the culprit thanks to a micromanaging owner like Jerry Jones who has to oversee everything from soup to nuts.

And with the 27th Overall Selection in the 2015 Draft, the Dallas Cowboys might shock the world and draft Tony Romo’s replacement and the future of the Cowboys, Bryce Petty. If any other team takes Petty in the first round, we would be shocked. If Dallas doesn’t do it, we would be shocked.