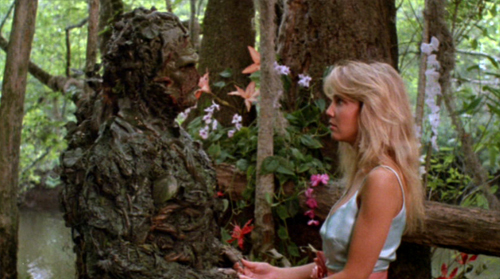 So the criteria for this list was simple, yet a little convoluted. Try to follow along as I, myself, found it a bit all over the place. To be a Man-Beast you either: a) have to hail from another planet yet walk just like a bipedal person, b) have been, at one time, actually a man and now, as a beast, you retain the same characteristics in movement and, sometimes, speech, or, c) must be almost a man yet, unmistakably, still a beastly person. And you can be any or all of these things at one time. Look, I said it was about as concisely perfect as BCS Bowl Rules, and I wasn’t kidding. That ought to cover it. Enjoy 15 of them! Let me know if I stupidly missed any, won’t you? Yes. Yes you will.

Though I could have gone with nearly anyone from just about any cartoon from the eighties (Thundercats, any number of X-Men, Tiger Sharks…) it seemed somehow appropriate to stick with good old Beast-Man from MOTU. He’s a manly beast, indeed. Also he was played by Tony Caroll in the Dolf Lundgren classic.

Perhaps the most over-exposed, overused, melodramatic Marvel superhero of all time brought to pretty convincible life by Hugh Jackman four times. But, he’s still a man beast and could totally slice your ass to confetti.

No, sorry, not the blue furry fellow from X-Men, but the Ron Pearlman dude from Beauty and… Never watched though I do enjoy Linda Hamilton.

Look, I was none-too-fond of either of the attempts at a decent film, though I lean more toward Ed Norton. Anyway, here’s the toon.

Hey, I have lots of love for the sequel with a perpetually out-of-breath Danny Glover, but come on, Arnold, Apollo, and The Body in ONE movie kicking 10 layers of ass? Yes please!

What? He’s half giant, remember? If that’s not a man-beast, then I have no idea what is.

Quite possibly Ray Harryhausen’s finest achievement, followed closely by Sinbad and Jason and the Argonauts. Anyway, Kalibos is very cool as a cloven-hooved foe.

Yup, that’s his full name according to SPACEBALLS. Who wouldn’t want a Mog around the joint?

I love the PIRATES trilogy as a whole, despite the fact that part three made me squint a bit. But there’s no doubt that Bill Nighy as Davy Jones was the best part.

What Beast list would be complete without the other Ron Pearlman classic! Mike Mignola commited the heroic demon to comic page, but Ron has done a bang up job on screen.

Burt Lahr abolutely sold the sad-sack that was the Lion. Perfect in every way. A King indeed.

When Seth Brundle decided to tempt fate with his machine, all it took was a tiny fly to turn him into Cronenberg’s most disturbing man beast.

Never before has one giant, bi-pedal alien helped change the course of one Galactic Rebellion’s cause like this furry, friendly Wookie.