Gadgets > Games > Fifteen of the Most Awful Video Games

Fifteen of the Most Awful Video Games 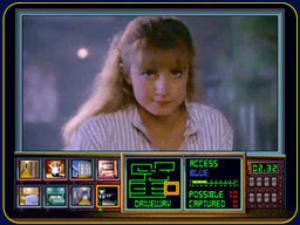 For years, once systems like the Atari and Intellivision were in a few thousand households, it became apparent that, no matter how hard companies tried, slews of crappy video games were inundating the market. Understandably, it was difficult for game manufacturers of the day (with their limited resources and electronics they were forced to use) to create anything that wasn’t just a vibrating cube avoiding smaller, gray-er, vibrating cubes, and thus, shitty games continued.

So technology invariably advanced and soon everyone owned a Nintendo, Sega, or Virtual Boy and, inexplicably, the crappy games continued to flood store shelves. The problem now, as I understand it, was hurried design to meet customer demand for such games as Hook and Bible Adventures… because everyone was screaming in agony for those titles… apparently. So, rather that take the time to create more masterpieces like Super Mario Brothers or Metroid, the consumer was forced to try and ultimately smash with a hammer such shitty games as Awesome Possum and X-Men.

So, as we fast forward to the present, it still seems that companies can’t seem to keep their collective heads out of their asses long enough to string together more than one hit. It’s a vicious circle, unfortunately, and we’re made to pay the ultimate price: watching these videos of exceptionally shitty video games. This is a collection of some that we consider to be the most awful. We left Dragon’s Lair out of this article, as we have previously featured it. Oh, and if language is an issue where you are: NSFW.

Though not a terrible game per se, it had sloppy controls, bizarre and often wacky camera alignment, and the 3-D effects just didn’t carry the franchise in the right direction. Case in point being that every title before and since has been a side-scroller. It was like playing a Mexican knock-off of Castlevania, like Castillo de Vampiro or something. Just not a great game.

Obviously when you’re basing a video game on a rather popular film (however historically inaccurate and silly) it helps to have the hero not look like a black wad with what might either be a bow or a penis. Also, when he dies, it is the loudest sound in the game as your Hood turns into a burial mound complete with cross. Not cool.

Muppet Adventure: Chaos at the Carnival

Everyone loves the Muppets, right? I mean who isn’t immediately taken in by the exploits of talking socks? Well, if it’s you, then you might be one of the few who actually enjoy this ridiculous video game. Trust me, if you are a fan of such great films as The Great Muppet Caper or Muppet Treasure Island, then not only will this game disappoint you, but it might also make you want to dig up Jim Henson and punch him in the face.

Bubsy was one of those characters that was designed for the soul purpose of grabbing a slice of the pie till then shared by Mario and Sonic. And, for a while, Bubsy was cool; cute, hyper, fun… all the things we look for in a new mascot. And then this affront to video games everywhere happened. And it happened in crappy 3D.

I could do my part by creating a little diatribe as to why this video game is a unadulterated disaster, but I could never do it as well as the kid narrating the video. Trust me: he is poetic.

When creating a video game where roll-playing and adventure is the theme, one could hardly fault the designer for looking at such instant classics as The Legend of Zelda and Dragon Warrior. Conversely, emulating both of those titles almost to the point of direct copyright infringement and still making the game unforgivably crappy is just plain infuriating.

This is not, thank God, a game based on anything even remotely resembling the Transformers we all know and love. No, this game, obviously developed by homeless crack addicts with construction paper and paste, is what happens when a property’s popularity becomes so huge that the only choice is to rush the results and then claim faulty wiring as you burn your factory to the ground so nothing like this ever comes from it again.

Talk about horrendous memories: I actually owned this game along with the tragic Sega CD system. I’m still not sure what I was thinking. Obviously technology had yet to catch up with the shoddily-assembled system and watching games, load, load, load some more, and maybe play was akin to a trip to purgatory. I was given the system as a gift, so at least I wasn’t completely responsible.  The game was saved by one thing, and just barely: Dana Plato. The system was saved by a trip out my three-story window to the parking lot.

You know how video games created to follow a movie’s release often have only a tenuous grasp on the actual story line, or, sometimes take the story in a whole different direction making for a continuation of sorts? Those can be very entertaining and cool. This game contains this much of either of those ideas: 0%. It is such a terrible attempt to make something out of so much of nothing that it has banana-throwing monkeys in it. You heard me.

One of the few titles for Atari that has gone on to have a long lived history and popularity of its own is Pitfall. Pitfall Harry was basically a pixelated rip-off of Indiana Jones who basically did nothing all day but jump on alligators and fall down pits… but it was fun. However, Super Pitfall was everything the original wasn’t: crappy, worthless, aggravating, and broken in half after an hour of attempted game play.

So what do you do when your Bobcat, Bubsy fails to conquer the mountain topped by a mustachioed Italian plumber and a blue hedgehog? Well, you go back to the shattered remains of your hopes and dreams and you suck it up, and try again. Only this time, you use a wise-cracking marsupial bent on saving nature by shouting and riding on bees. Sometimes lightning does strike twice. And hopefully it kills you.

The one unwritten rule about the X-Men is quite simple, really: Make the mutants look like themselves and have their respective powers/weapons. Easy as pie. Perhaps another ought to be: Make the X-Men always fight kick-ass stuff, all the time, without fail. They are not called the X-Men because any of the following happens: A claw-less Wolverine should frickin’ punch flying pieces of robotic furniture. Yet, can you guess what happens in this game?

There is nothing, repeat nothing about that title that doesn’t shout awesomeness all day long. Everyone knows that Chuck Norris is enigmatic and universally revered as the savior of all things worldwide. He is a treasure. And, then there’s this video game. The fellow narrating has done a whole bunch of these and he is at his annoying and comedic best right here. Such a damn tragedy.

Largely considered the worst video game ever created with a title screen encompassing the only decent thing in it: The title screen. Here we find the hapless alien wandering around some random and arbitrary scenes riddled with holes, black dots-come Reece’s Pieces, and sporadic appearances by crazed lunatics out to steal E.T.’s candy and/or life. Is it any wonder thousands upon thousands of these cartridges are buried next to Jimmy Hoffa?

The simple fact that this is practically a brand new game is reason enough to shake your head in utter disbelief at its laundry-list of problems. I have been privy to its play and myriad issues and I have to say that something like this just shouldn’t occur in today’s amazing video game industry. In fact, playing this game is what inspired me to create this post. There is no excuse for these crappy goings-on to become such a major part of the game so intently that the play itself is compromised. Just looking at this stuff makes me want to hunt the makers down and cave their skulls in with a regulation issue ball bat, Joe Pesci-style.

Did they spend more effort on the packaging then they did on the game?