Back in the ’50s and ’60s everyone was pretty convinced that the earth was going to be overrun by some kind of hostile being from another world. Maybe it was the constant threat from nuclear attack and the subsequent fallout, or maybe it was the fault of people like Orson Welles and his ‘War of the Worlds’ radio scheme that scared the crap out of the general populous. Who knows. But one thing that did come out of all that irrational fear of the impending unknown were some pretty cool Robot Toys! Why robots? Because apparently when there’s a looming threat of doom from other galaxies, robots are either a great defense or a horrific enemy offense. Either way… ROBOTS!

This Japanese robot (which many of these were) looks uncannily like Godzilla. Well, except for the old phone dial wheel in his chest. But you know what I mean. He came well equipped with claws, rockets, and... a jet? Of course he did. 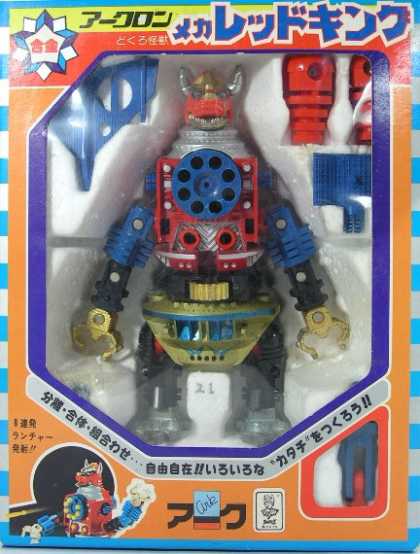 Wow! He walks like a MAN! No hippy mincing like a WOMAN! Not for Rudy! I suppose if we, as humans, needed to build robotic protection, we'd be hard pressed to make anything more impressive that a robot that turns around when he bumps into stuff. That seems like a good option in a robot. 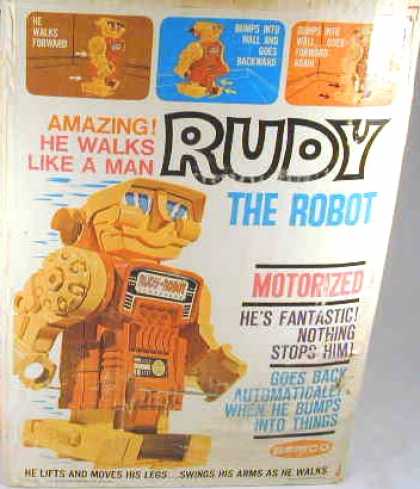 Though I fail to see the logistics of having a robot that is completely see-through, it's hard to deny the epic description that follows that sounds suspiciously like some kind of Electronica Club: "Electric Room With Sparking". Well shit, how do I get in that place? 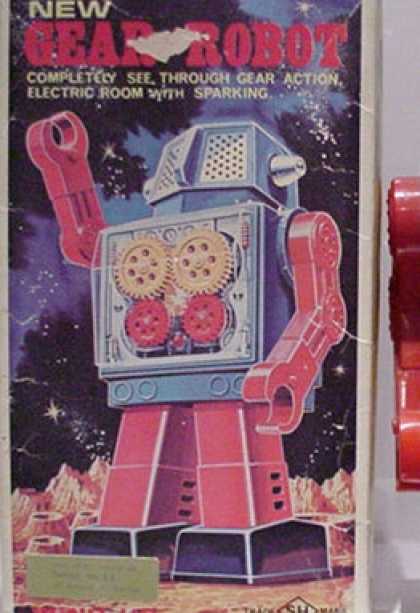 Nothing about this toy is anything less than awesomely bizarre. First off, he has a huge video display on his chest that supposedly catches scenes of 'The Moon'. Now I'm not sure which moon he's roaming, or of which galaxy he's from, but I will tell you I want to visit that planet with the bad comb-over! Secondly, and that rocket behind him with the giant Twinkies on it... yeah, book me a flight. 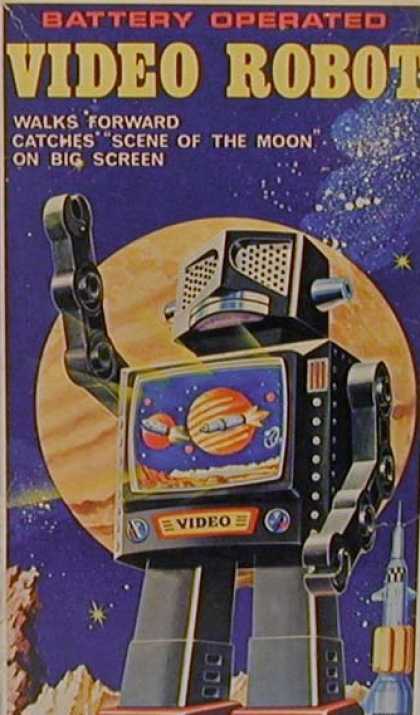 I'm going to assume that this robot's name is Happy Harry, because a robot whizzing around just randomly pairing emotions with arbitrary names is just a little outside of crazy, even for the 50's. 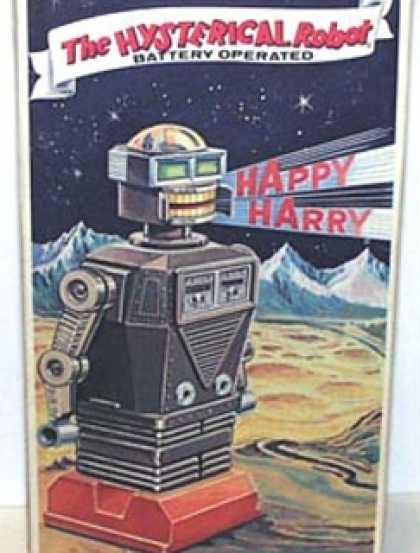 If this wasn't Joel's inspiration for creating Tom Servo, I'd be really surprised. It's so bizarre it's almost meta... 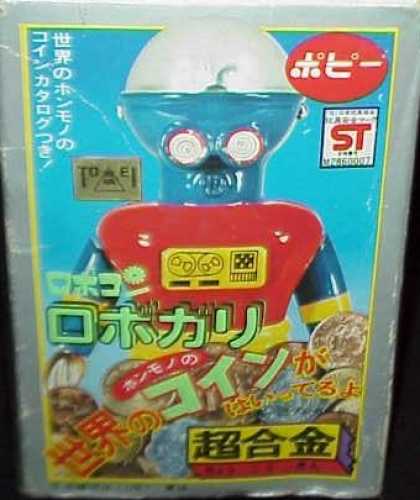 I'd be proud to let this stalwart mechanical man guard my nondescript building! Look at his unrelenting guard stance and the truly inspirational way he holds his ray gun! And, when your safety is compromised, his fountain of chest sparks is sure to strike fear into your Galactic Overlords! Yay, Robot! 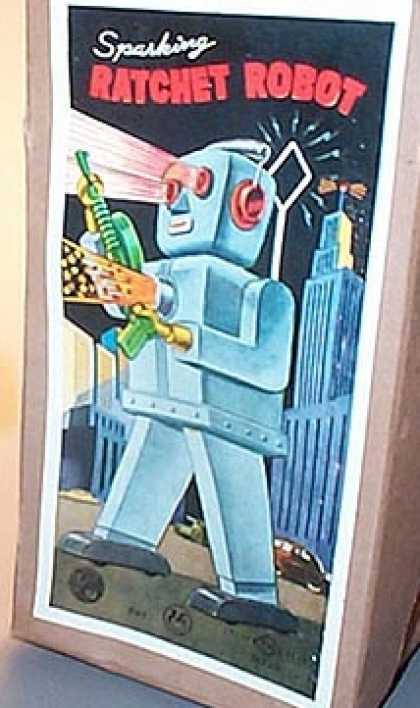 Let's just forget about the robot here for a second, and concentrate on the weird people coming out of that space-pod thing. That thing must be huge! Like TARDIS huge, because how it looks can no way be of a size where two people (let's just call them Grandpa and Boy) could fit that comfortably inside and still enjoy a mug of coffee. I'm not buying it. On a side note, that robot does seem awfully friendly. 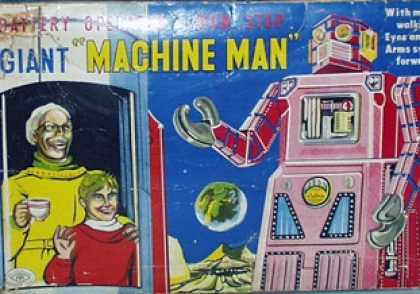 Don't mess with Zoomer. This is not a robot to be trifled with. He is malicious and just a solid ton of pissed off metal. You can plainly see the Apocalyptic city torn asunder, left to ruins in his wake. No one is safe from laser eyes... and a big ass hammer! 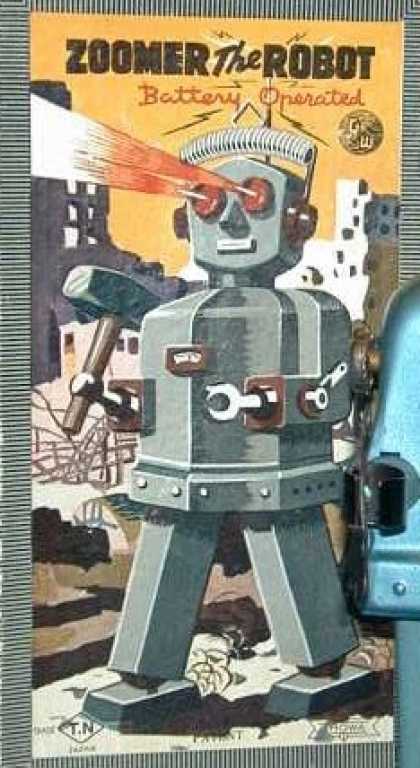 On a planet where the 'Human-Headed Disco-Boogying Robot' is as commonplace as rocks, it's good to know that not everyone -no matter how genetically and mechanically similar- can be given the title: "Mr. Hustler". 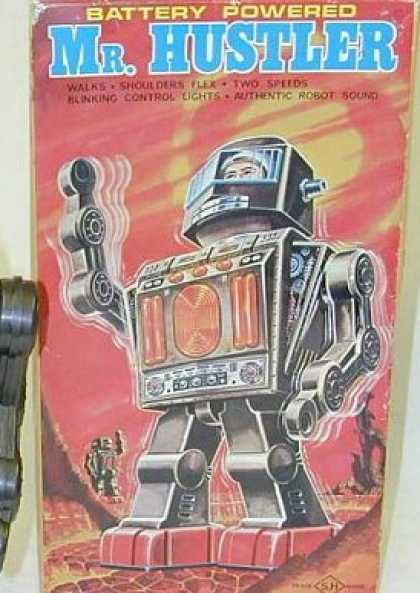 I suppose if I were give the choice of which robot I'd want as my overlord, I'd take the one with nipple rockets. 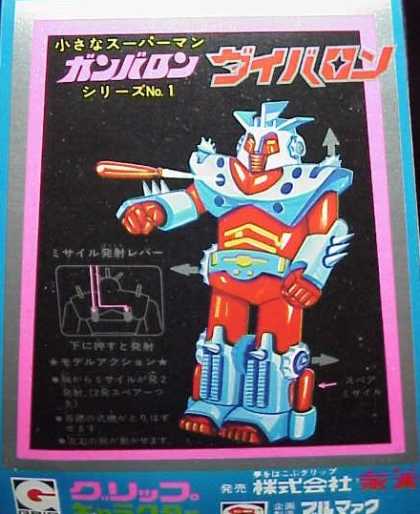 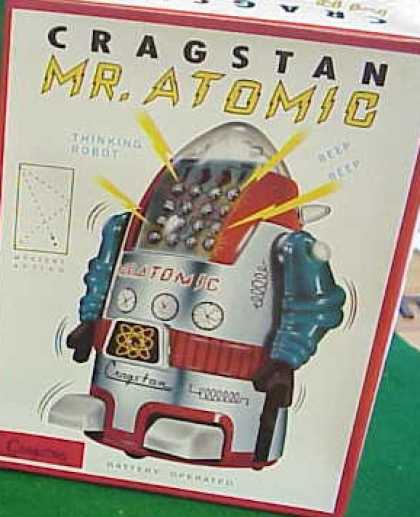 Okay, now this is just ridiculous! 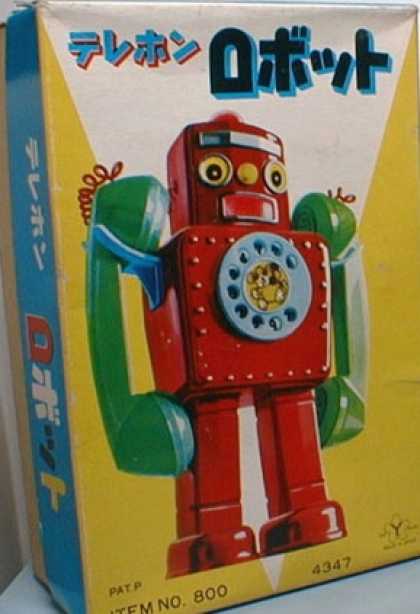 Tune in tomorrow, kids! It's finally here! Turn your Television Dials to channel 9! Tell your mother to ready your Secret Decoder Helmet! Don't be late! It's nearly time for BATTERY OPERATED SECRET WEAPON SPACE SCOUT! Only your imagination can prepare you! 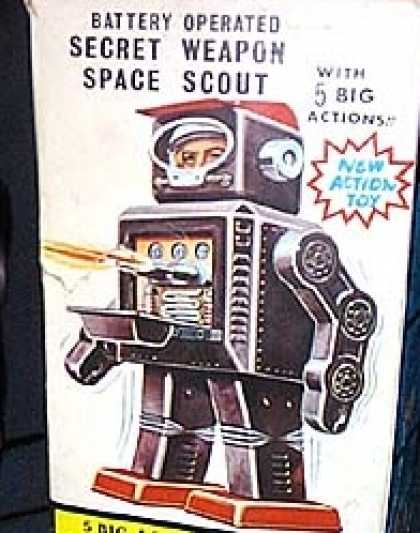 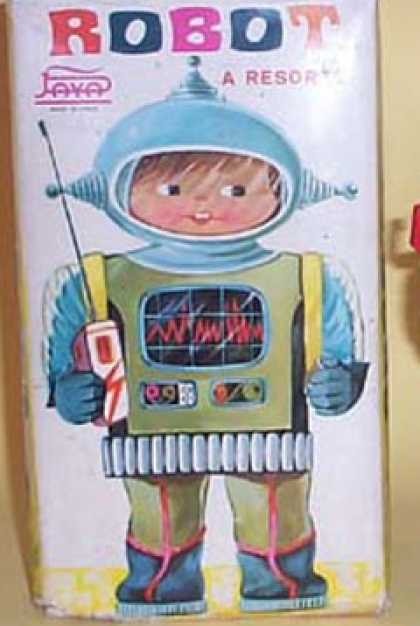