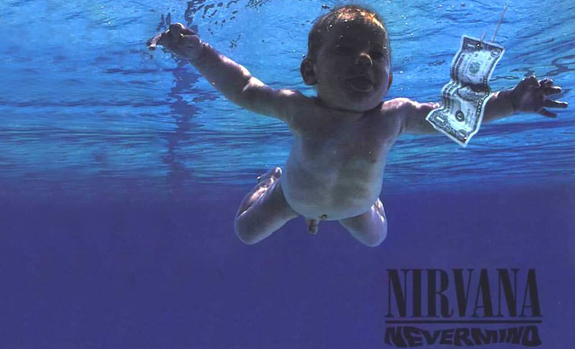 With the decade winding down, let’s take a look back at… the 90s. Oh, the memories. So not to flood this list with, say, 5 songs by Green Day, for example, each band will appear only once with its 90s signature song, listed alphabetically by song. I’m purposely leaving out heavy metal acts (my favorite), and bands such as Tom Petty and the Heartbreakers and Aerosmith that put out great albums during the 90s but are not really known as ’90s’ bands.

The 90s wouldn’t have been the same without the Smashing Pumpkins, and there were many songs to chose from, but I’d say this was the most popular. Who’da thunk that a guy who looks like Uncle Fester would be the lead singer of a popular band.

To me, this is Kid Rock’s one and only good song. This should have been included on Gunaxin’s Top Ten Songs to Fight to list.

The best part of the film Cruel Intentions.

Again, many songs to choose from but Black Hole Sun rocked the most.

Bound for the Floor – Local H

And you just dont get it

You keep it copacetic

And you learn to accept it

You know its so pathetic

This song has the coolest guitar riff to start a song.

Good to see Dave Grohl prove once and for all that Kurt Cobain wasn’t the only musical genius in Nirvana.

I saw this band live, filling in for Alice in Chains, with Metallica as the headliner. Though Candlebox has some decent songs, that was the wrong crowd for this band.

Smack My Bitch Up is also cool. Fat of the Land is a great album from start to finish.

I like this one better than Are You Gonna Go My Way but close enough.

Hold My Hand – Hootie and the Blowfish

Gotta put Hootie in here. Everyone thought this band would last but they only put out one good album. Ugh.

Take your pick of hits from this band (I’m more partial to Lightning Crashes), but I’d say I hear I Alone on the radio today more than other Live songs.

If You Could Only See – Tonic

Ten is one of the best albums I’ve ever heard, and this song stands above them all.

Another great album, and several hit songs to choose from, but this one rocked the hardest.

Man in the Box – Alice in Chains

Another Seattle band, this one a lot harder and perhaps belongs in the heavy metal category, but several of their songs have a soft side.

My Own Prison – Creed

I’m not a fan of this band at all but I’ll give Fred Durst credit for making a name for himself in the 90s and headlining those Family Values tours.

Lots of hits by this band as well.

Self Esteem – The Offspring

Love The Offspring, and lots of hits to choose from. Ixnay on the Hombre… yeah buddy.

This doesn’t sound like a 90s song to me but it’s so good I couldn’t resist putting it here.

The decade of music didn’t begin until Kurt Cobain and company played this song on Saturday Night Live, putting a nail in the coffin of 80s glam metal, making Seattle the Mecca of grunge and spurning countless imitators.

I never really got into this band, and didn’t even enjoy their concert when I saw them in Baltimore several years ago, but Sober is such a good song that I’d hate to leave it off this list. Schism rocks too but that wasn’t until the 00s.

This self-titled album is a masterpiece. Oh yeah, and Shirley Manson is HOT.

An imitation grunge band. Still, this song sounds good, though.

Touch, Peel and Stand – Days of the New

I get knocked down!

I’d say this is one of the top ten songs ever.

Walkin’ on the Sun – Smash Mouth

This band got even bigger when the Shrek came out.

Of all the 2-minute songs that Green Day put out that got airplay, I’d say Paradise was the most popular, closely followed by Basket Case.

What Do I Have to Do? – Stabbing Westward

What I Got – Sublime

To think this is the same guy who sang that House of Pain song Jump Around.

Oasis had a few other hits and at one point were deemed ‘The next Beatles’ but a falling out between the Gallagher brothers did this band in.

Alanis put out one of the top selling albums of all time, fueled by a song about going down on a guy in a theater.

Ultimately a band that played soft music, The Cranberries had their share of harder songs which somehow got mixed in with the same crowd that liked to mosh. I remember hearing about a concert where the crowd got so unruly that they stopped the show mid-song.