The Films of Troy McClure 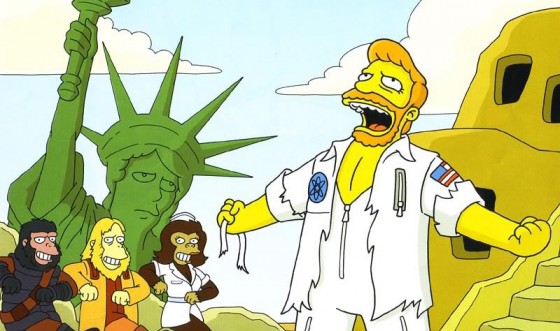 You may remember Troy McClure from such television shows as The Simpsons. Voiced by Phil Hartman, McClure appeared often in seasons 2 through 10, before his character was retired due to Hartman’s murder. Troy was a cheesy B-movie actor who had fallen on hard times in Springfield. He bounced around between multiple low-rent projects including educational filmstrips, infomercials, and even hosting funerals. You may remember him from such clips as this :

There is a complete list of his projects over at the Simpsons Wiki, many of which have become the material of a new Tumblr site. The You Might Remember Me From Tumblr is run by a guy named Matt who is creating posters for the many many movies, TV shows, and filmstrips on McClure’s resume. Here are 20 of our favorite things you may remember Troy from, but check out the site for Matt’s ongoing collection: