Final Destination 5 Has A New Trailer 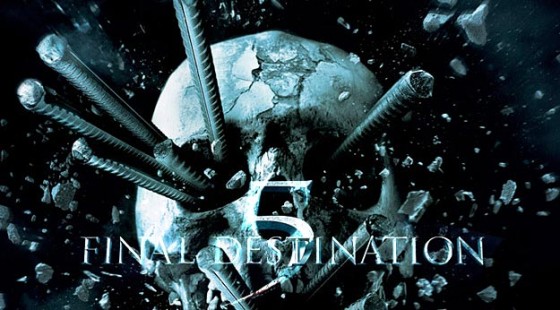 Final Destination 5 — not to be confused with Fast 5 or Fast and Furious 5 or Faces of Death 5 — has itself a new trailer. I never saw the last two installments because, well, I have taste, but this one has a bangin’ bridge collapse that’s said to be one of the more impressive stunt sequences in the franchise. It also has the usual hackneyed dialog that often accompanies movies of this ilk. To wit:

Bam! Take that Robert Towne. Anyway, here’s the goods. Be prepared to be scared poopless… or bored to tears. Whatever.