I’ve been waiting for this moment more anxiously than I was waiting for a half-black guy to take the presidency. Disney finally will be introducing a black (not half black) princess – Tiana – in the new 2-D animated film The Princess and the Frog. (However, it should be noted that she is NOT the first of African decent – that honor goes to Nala from The Lion King.) Frog will be an American fairy tale, Broadway-style musical set in the French Quarter of New Orleans. Woot!

Now, since we’re keeping count (and counting only human cartoons, not Nala), let’s add Tiana to the list…

Next up, another white: Rapunzel.

Now, in typical Gunaxin fashion, we make a wish list of who’s next:

Let’s see how long it takes before someone draws a picture of an evil Tiana to go along with the other twisted Disney princesses. Also, I may have to make room for this sista on the hottest cartoon list. 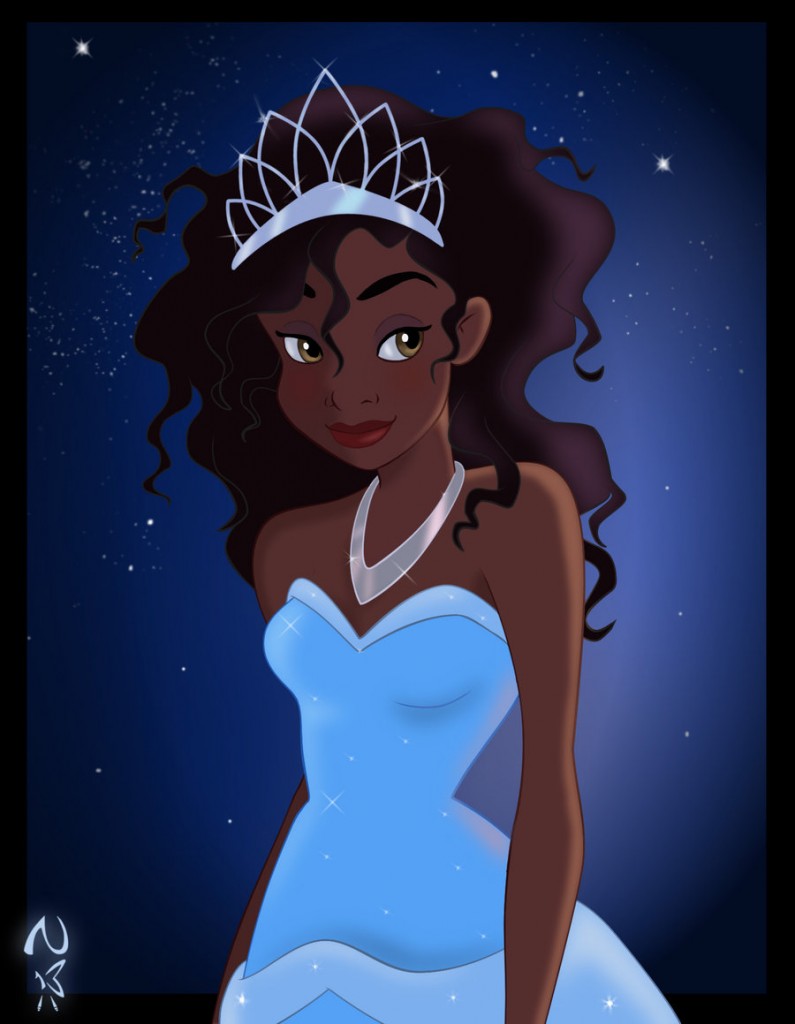