Humor > Pop Culture > Finally, A Mascot We Can All Love

Finally, A Mascot We Can All Love 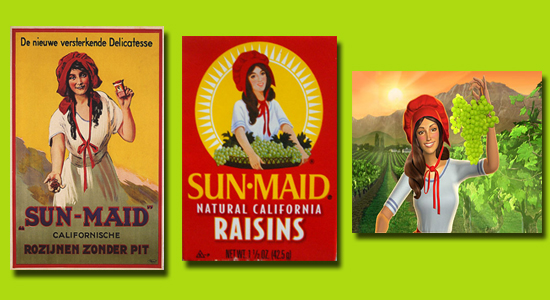 I know this might not be the biggest news on earth, but damn it if it doesn’t help the collective masses to just forget, for a minute, the rest of the shitty news on earth. As most of us already know if we watch any television at all, the face of the Sun-Maid Raisins has changed drastically of late. Sure, the real release of the revamped beauty actually hit adverts almost three years ago, but recently it’s become known that several groups are none too happy about the made-over maiden. In fact, according to this article from Yahoo, “Naturally, the revamped look hasn’t gone unnoticed, rankling both ends of the political spectrum. The blog for conservative magazine The Weekly Standard noted that the new Sun-Maid girl looks “as if Julia Roberts decided to don a red bonnet and start picking grapes,” while the feminist website Jezebel.com remarked that it looks as if she’s had “some implants.”

Really? This is a problem? Boy it really seems some of these groups sure go out of their way to find anything to bitch about. Frankly, I think this spicy raisin lady looks damn ‘tasty’ (see what I did there?) But this does remind one of the other popular mascots that have gone through serious changes for either better or worse.

Does anyone remember Aunt Jemima? Well, back in May of 1989, this happened (from highbeam.com) “ONE of America’s marketing icons is about to be smartened up. In July Aunt Jemima, the cheerful black cook on a million packets of pancake mix, is swapping her red bandana for pearl earrings. Now 100 years old, Aunt Jemima’s grinning face has sold pancake mix since convenience food was first created.” Yeah, that opened up a dangerous can of worms for a while that sparked the same kind of flack from the same nuts who feel they need to whine about everything. 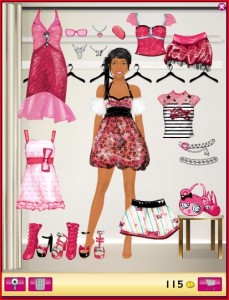 What about Barbie? Some years ago the iconic body design was reworked to better represent what American girls could more realistically hope to be rather than the more anorexic twig she was, now we have this (from MSN.com) “After many false starts, Mattel thought it had found a way to make the iconic fashion doll once more a must-have for girls of all ages — and to boost the company’s flagging revenues as well. It is spending millions of dollars to promote its new “Fashionista” Barbies, even hiring a choreographer-to-the-stars to create a dance called “The Barbie” for a video that had its premiere on the “Today Show” and was posted on YouTube.” It never stops, and you just know this mess is going to create flack as well. What the hell is it with needing to do this kind of stuff? All it’s gonna do is just piss people off.

So, why not try raisins again? Ya know, just in case you were turned off from what the packaging used to look like. And hey, hiding the empty box under your pillow for a late night, um, rendezvous couldn’t hurt, right?

Here’s a video to keep your, um, mouths moist? Yeah.