Grub > Beer > Finally, Craft Beer In a Can

Finally, Craft Beer In a Can 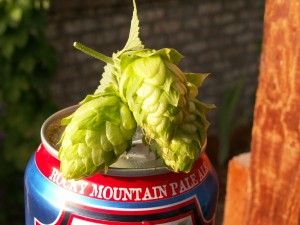 Aw, hops, cans love you too.

Beer in cans used to be the mark of low class. The can changed the taste of the beer, making it disgusting. Plus, cans were often the preferred method for shlepping around low quality macrobrews. Oskar Blues is out to change the reputation of the can, and it’s doing a damn fine job. We tried three of their beers recently and came away loving the can.

“Mama’s Little Yella Pils” – Can we just admit it? We kind of hate most pilsners. When it comes to beer with actual flavor, they’re the light beer before you get to light beer. But Oskar Blues has managed to brew one that’s not only tolerable, but pleasant, even. This is the beer you get for the buddy who doesn’t like craft beer and wants to stick with Budweiser. It’s the pilsner he’s used to, but just more flavorful, crisper, fresher, missing that corn and rice crap…in short, a perfect introduction to what beer should be.

“Old Chub” – Old Chub is their Scottish ale and…wow. Holy crap. What a beer. Old Chub is a bit sweeter than most other Scottish ales, almost surprisingly so: Belhaven this isn’t. Amid that sweetness are hints of chocolate and smoke. We found that for the best flavor, you should pour it, but it’s also great right out of the can.

“Ten Fidy” – Soon to be replaced by their Gubna IPA, Ten Fidy is Oskar’s masterpiece. There’s nothing not to love about this imperial stout. The can is made to look like a motor oil can for a reason: this is practically beer syrup, although sadly it doesn’t work well on pancakes, just with pancakes. Ten Fidy is what you want out of a dark beer: it’s thick, it’s rich, and it’s alcoholic as hell. Out of all of the beers we tried, this one was the strongest, and lingered the longest: the flavor will sit on your tongue for hours.

If you want to find this glorious ambrosia, Oskar Blues’ official site offers a beer finder, as well as a history of the company and a podcast. Well worth checking out, and find that Ten Fidy while you can!