Finally… The World’s End Has Arrived!

Wait, what? More bullshit about the ‘Last Days’? Are we once again falsely doomed by another dead civilization’s worthless predictions? Is it once again time to duck and cover and throw all of our money at companies bilking the duped for Armageddon? Nah. Settle down.

This time it’s legit because this time, it’s this: 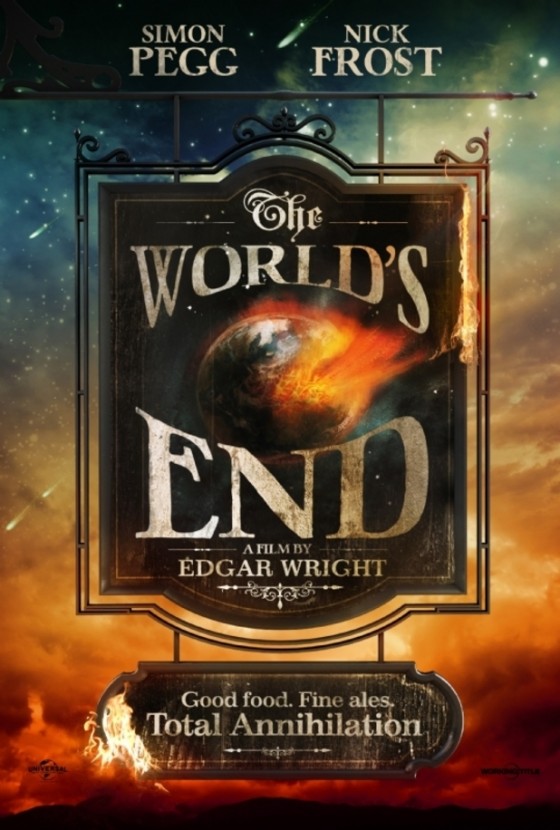 That’s right, kids, Pegg and Frost and director extraordinaire, Wright are FINALLY back in action! If you’re sitting there scratching your head and saying, “So what?” then I implore you to step in front of a moving semi as soon as humanly possible. Or, I suppose you could just spark your memory by checking these two classics out:

And of course its follow-up…

So, what’s the deal with this ‘The World’s End’? You might be asking yourself? Well, according to the good folks at IMDB, this is the deal:

“20 years after attempting an epic pub crawl, five childhood friends reunite when one of them becomes hell bent on trying the drinking marathon again. They are convinced to stage an encore by mate Gary King, a 40-year old man trapped at the cigarette end of his teens, who drags his reluctant pals to their home town and once again attempts to reach the fabled pub, The World’s End. As they attempt to reconcile the past and present, they realize the real struggle is for the future, not just theirs but humankind’s. Reaching The World’s End is the least of their worries.” 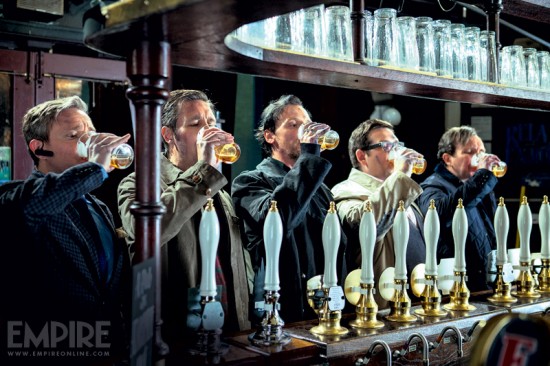 And the rumors speak of Frost and Pegg’s roles being reversed, as in Frost gets to be the straight man, and Pegg the hapless ding-dong. So there’s that, too! This is to be the final in a trilogy of sorts planned by the trio from the onset of Sean, so we’ll also see how that plays out with probable links of one kind or another to the previous two flicks (“You’ve got red on you!”) I, for one, am friggin stoked. The movie is in post and should be released in October. Time for a Cornetto…