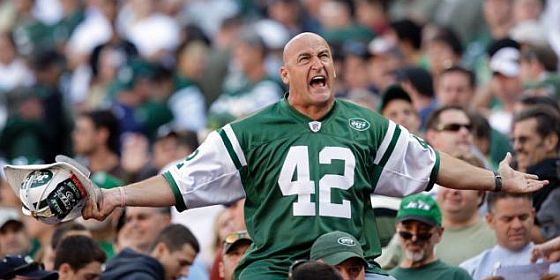 New York Jets superfan Fireman Ed, best known for leading the J-E-T-S chant at home games, has “retired”, he announced last night. Ed Anzalone, who has been cheering on the Jets for decades, first made headlines when he left the New York/New England game at the half on Thanksgiving. Ed then followed up that very public gesture by releasing a statement on Sunday evening, announcing that he will no longer attend games in his superfan persona.

While Fireman Ed cites a number of reasons in his editorial, including fan disrespect and a quarterback controversy, it rings hollow when the team is in disarray and fans are abandoning the team in droves. Deadspin writer Drew Magary has a point by point breakdown of Fireman Ed’s statement, and points out the hypocrisy of him complaining about fan behavior when he was cited for assaulting a Giants fan in 2010.

While some, including Jets Coach Rex Ryan, have expressed regret at Ed’s decision, one ESPN reporter took it to the next level. ESPN’s Darren Rovell, apparently confusing power and visibility, has encouraged the Jets to put Ed on the payroll to ensure his continued presence.

Fireman Ed is one of the most powerful fans in sports history. Jets need to put him on their payroll to keep his act going.

While we are no fans of Rovell, we are forced to agree. We fear what might happen when Jets fans try to spell the team name going forward. 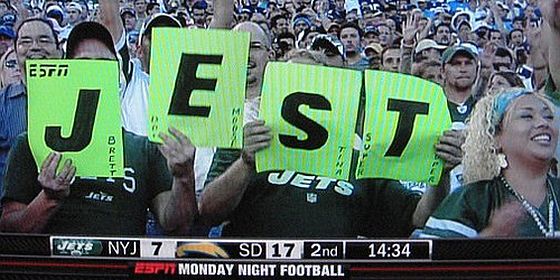