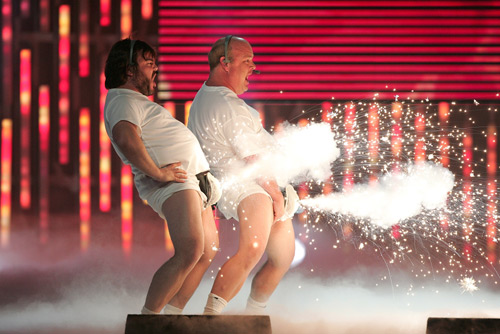 It’s almost the July 4th, which means it’s time to celebrate American Independence by blowing things up. But before you put a boot up the sky’s ass, consider safety first. We here at Gunaxin have collected a few tips to ensure that you don’t wake up in a crater on July 5th.

In case the large warnings printed on the sides of fireworks didn’t tip you off, here’s a pro tip courtesy of your friends at Gunaxin: fireworks are explosives designed to explode and generally speaking, people and explosions don’t mix very well. For further information, see every World War II documentary ever made.

Still, many brave and foolish people are willing to dream the impossible dream of firing rockets out of their asses (NSFW, obviously).

We guess we can understand the thought process here: “I saw this on TV! It must be awesome!” But remember this: the difference between you and the stars of Jackass are several million dollars and a total lack of dignity.

Likewise, many people are willing to take a bottle rocket to the testicles because not enough people have seen the inside of a burn ward, we guess.

Speaking specifically to the do-it-yourself crowd now, high upon the list of things you shouldn’t try to make in your basement are colorful explosives. There’s an exact science to building these things and chances are that if you’re base of operations is next to the water heater, you are not a scientist.

Here’s an example of what can go wrong on a small scale. Dungeons and Dragons fans will recognize this as a critical hit with Magic Missile. Still, no major damage done.

Sometimes a warning isn’t given because the situation being warned against is so incredibly stupid that simply having to think about it will cause your brain to hemorrhage. For example, the surgeon general doesn’t warn you about eating lit cigarettes because what the hell is wrong with you. Likewise, the fine men and women of America’s fireworks industry shouldn’t have to tell you that taping five fireworks together is a terrible idea and that physics is still a thing, no matter how rad you think you are.

But who would launch just five fireworks on the 4th of July? Communists, that’s who. In this last video we have an American patriot who has decided to put on their own fireworks show, zoning laws be damned. (stick with this one, it takes awhile to develop)

The Plan: You’ve made a series of fireworks all by yourself and intend to impress/piss-off your neighbors with a neon-light show.

The Reality: Your negligence has recreated the final scene from V for Vendetta.

Have a happy (and safe) 4th, everyone.