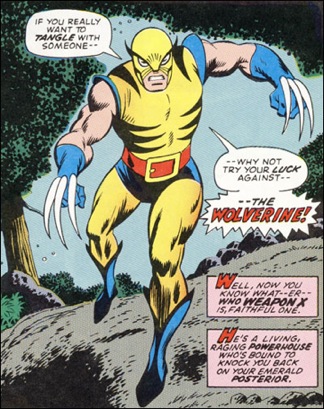 In the comic book industry, many plot devices have become staples and so well-known that readers have no idea when they first occurred. For our first part (of what I can only hope will be several hundred), we’re going to explore Marvel Comics and ten of its most popular and well-known objects, items, and beings. Basically, anything that’s NOT a popular character’s origin story. Check ’em out! 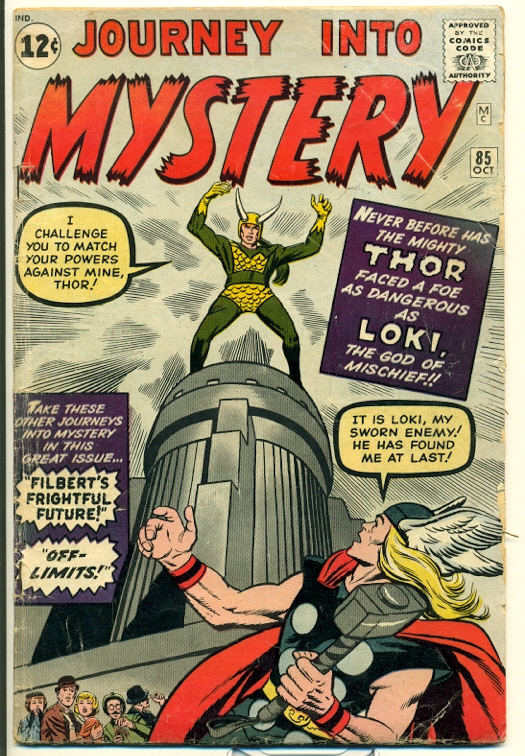 Though it doesn’t specifically say it, this is very first time Thor’s homeland of Asgard is mentioned and launched into cannon. Marvel has added a ton of its own storylines to the legend and lore of Asgardian Mythology, even though it’s based on the Norse. The other oddly funny thing about this cover is how Thor — as he points out Loki is about to do something horrible — makes no mention of the fact that he’s his brother. Hmm… 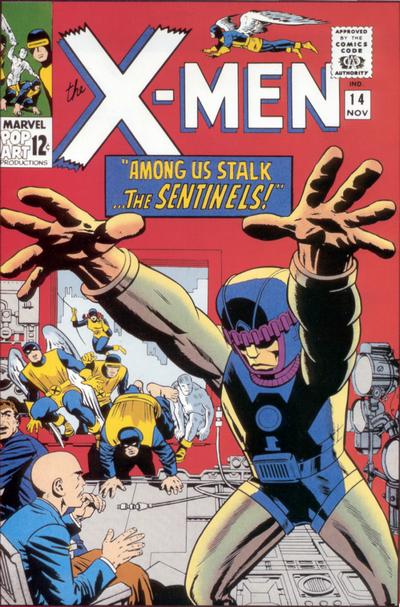 The Sentinels are perhaps one of the X-Men’s greatest and most deadly foes. They are, according to the epic saga “Days of Future Past,” directly responsible for the mutant team’s complete and total demise. But the funniest thing about this cover is that Sentinels are supposed to be three-stories tall. That’s 30 feet. The one threatening Professor X looks like a schoolyard bully. 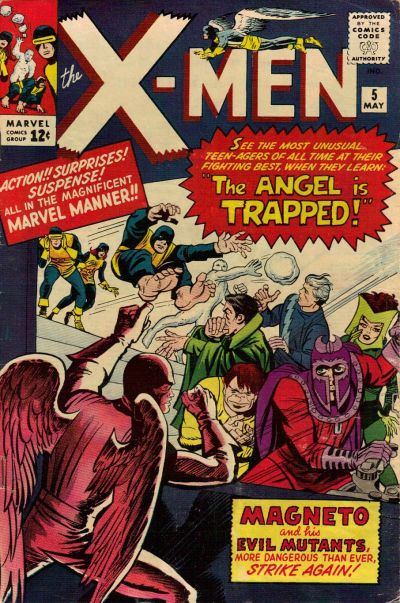 What is Asteroid M, you might ask? Well, it’s a small world completely created and controlled by Magneto and used as his base of operations, of sorts. This cover also showcases, for the first time, the group that will become the eventual ‘Brotherhood of Evil Mutants’. What’s the silliest thing about this cover? The only one of the X-Men actually doing anything is Ice-Man chucking a snowball at apparently damage-proof glass. He’s so helpful. 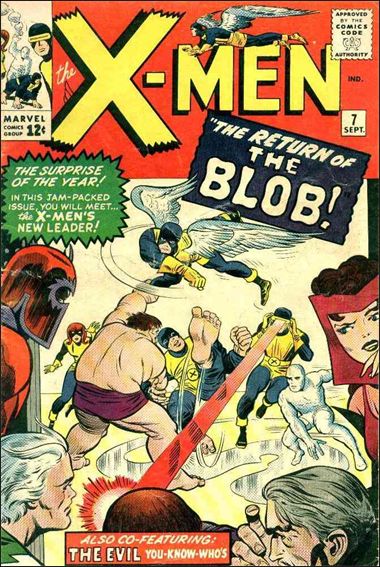 Not only does this issue feature the first appearance and, presumably, first usage of Cerebro (Professor Xavier’s mutant- searching computer), but it’s also the first time Xavier is tagged as the new leader. Yes, Xavier has been around in the X-Men comic since day 1, but as the teacher and not so much the leader of a team. Until this issue. What’s funny? I think Ice-Man has just tripped Beast. Tellin’ ya, that guy’s an ass! 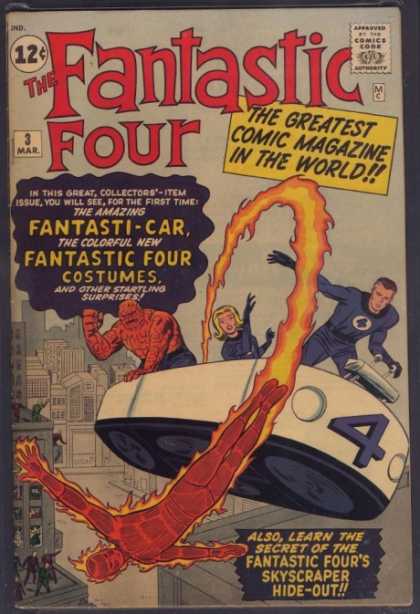 The Fantastic Four is one of Marvel’s longest running titles, and it’s only fitting there’s an issue dedicated to quite possibly the most iconic building in all of Comicdom: The Baxter Building! This building’s top five floors house the entirety of the FF’s operations including all of Reed Richard’s scientific stuff. So what’s so funny about this cover? The Fantasti-Car. Come on. 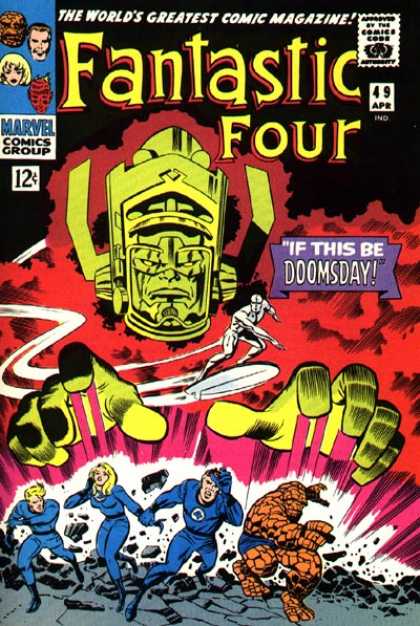 Galactus. The name alone conjures images of fear and terror as a giant space creature navigates the galaxy devouring planets. Galactus — nearly never the same size twice — is huge and able to consume worlds in order to maintain function and, basically, live. Every time Galactus threatens Earth, the FF lays the smackdown. So where’s the silly on this cover? The Silver Surfer is Galactus’s herald and for the most part has to do everything he’s asked. On this cover, he looks like he’s pooping a cloud. 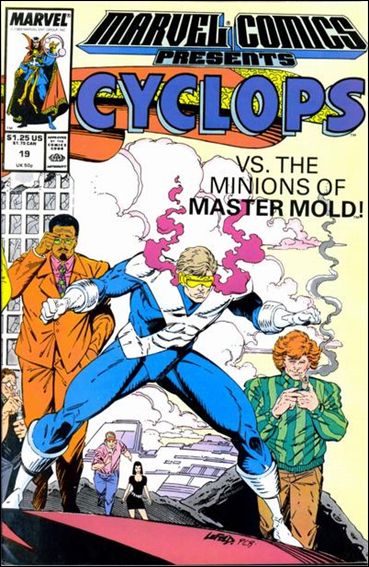 Before we get into what origin has taken place in this comic, let’s take a look at the horrendous artwork on the cover. Why is it bad? Because one of comicdom’s biggest jokes, Rob Leifeld, does the work. The man can barely draw muscle, bone structures, fingers, feet, faces… you name it. Need proof? Look up anything with the name Leifeld on Google and you’ll see. Anyway, this comic marks the origin of Damage Control, the group that cleans up after every superhero-villain fight in any given city. Cool idea. 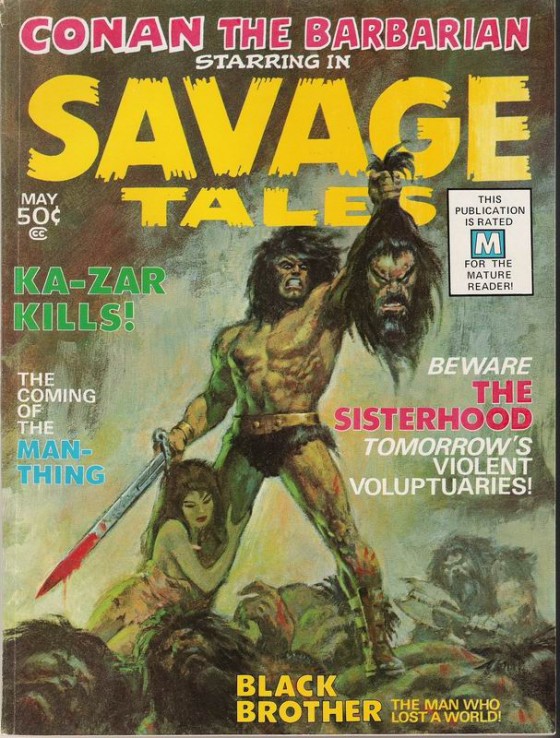 Sweet Jeebus, if this isn’t the manliest comic cover of all time! Conan! A severed head? A bloody sword? A scantily clad chick? It’s all a bunch of win. But this isn’t about any of that. What it is about, however, is the origin of Man-Thing. He guards the Nexus of all Realities, he is made of vegetation, and anyone who shows fear burns at the Man-Thing’s touch. Oh, and this cover is far too manly to have anything silly on it. 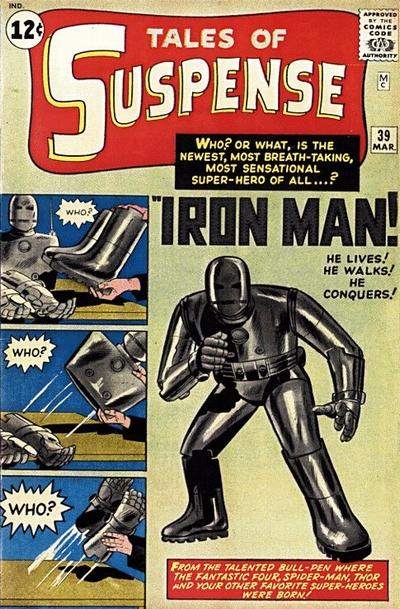 The origin of Iron Man and his iconic armor were pretty well covered in the first film, and actually done relatively close to the comic story. And even though this comic features Tony Stark himself, it also shows the building and creation of the Armor, without which Stark would just be an annoying industrialist booze-whore. What’s funny on this cover? It’s a stretch, but when was “superhero” written with a hyphen? *shrug* 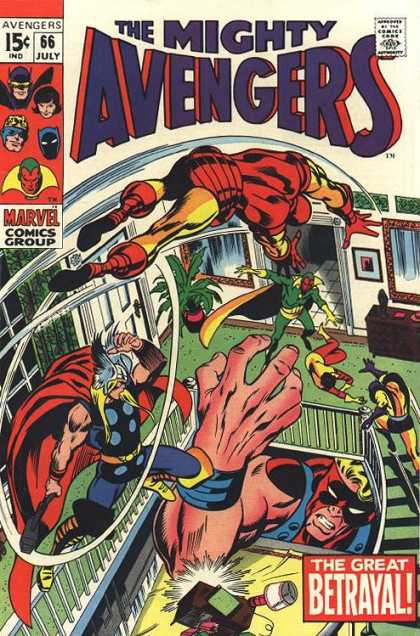 And here it is folks! The origin of the very fake metal that makes Wolverine who he is! We all know who Wolverine is without his iconic adamantium coating and he’s pretty lame. This metal also happens to have been blended with vibranium (another of Marvel’s own elements) to create Captain American’s iconic shield! But here we see its first use as Ultron’s entire being! What’s the funny? I don’t think that guy on the stairs (Wolverine?) has a head!