Travel > Do > First Hunt : More Than Pulling a Trigger 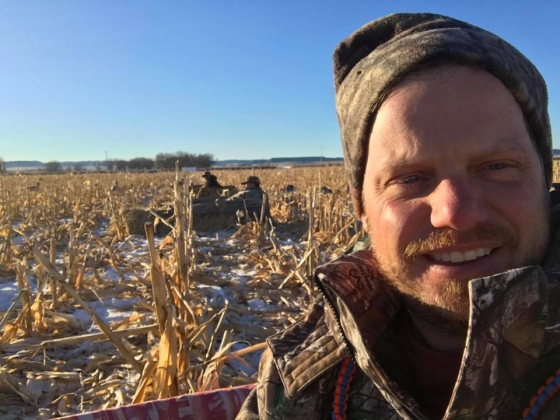 The one sure thing about life is it is always changing. We grow, mature and our likes and dislikes change. As I near 40, a newfound effort to lose weight along with my natural curiosity paired with an unlikely series of events lead to my first ever trip hunting. This trip would be far more than simply harvesting a deer. It would be far more complex.

In order to understand the complexity of my first hunt, let me go back to the Spring of this year and beforehand. Over the last decade, I’ve built a business providing graphic and web design support to non-profits and small businesses. I’ve also become an automotive journalist with a focus on trucks and SUVs (look me up in Truck Trend Magazine, Four Wheeler and various internet outlets). All of this means I sit on my butt a lot. I also suffer from a terrible diet and reminisce a lot of the glory days when I completed two century bicycle rides. I knew as I got older, I needed to get a consistent exercise plan and a new diet. Based on past history on what has worked over the years, I knew this would revolve around a low-carb and high-protein diet. Essentially, I needed to increase my meat and vegetables while cutting back on pasta.

The first few months, the diet worked. I dropped 10 pounds, however, I was running low on meat and eating chicken everyday was becoming less appealing. I knew I needed to expand my meat selection and variety. This was the first sign I should start hunting. 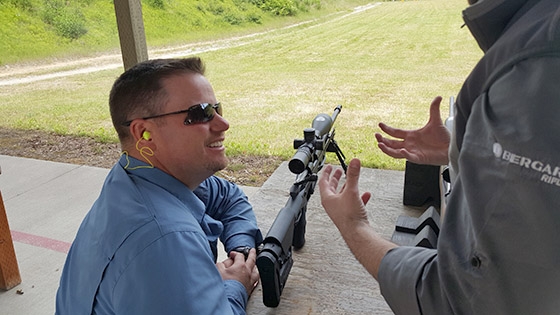 In June, I was fortunate enough to be invited to the annual Professional Outdoor Media Association’s (POMA) conference in Kalispell, Montana. Surrounded by some of the top outdoor writers, equipment makers and hunters, my desire to hunt only grew. The passion for hunting, cooking meats and conservation was readily apparent.

Growing up in Michigan, I had witnessed my brother, the hunter in the family, go hunting each year and bring back a bounty of meat. Yet, I never truly understood it beyond the thrill of the kill. Going to the POMA conference, I finally understood hunting is often less about the actual kill – a relatively quick event – and it was more about watching nature, tracking wildlife and enjoying the fruits (or meats rather) of your labor. 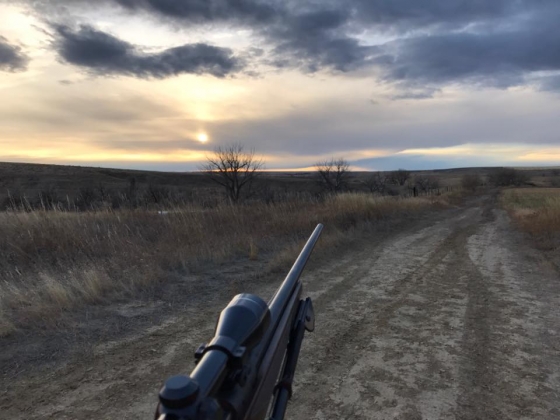 As life would have it, I no longer live in Michigan. After moving around for most of my twenties, I’ve settled in western Nebraska with a wife and three kids. Plus, her family has ample private property to hunt on in Wyoming. Being so close to private hunting lands and having my wife’s uncle as a skilled, experienced hunting mentor, along with all of her other family members and several of my Nebraska neighbors, it seemed like a destiny for me to go hunting. So I did, yet not right away. 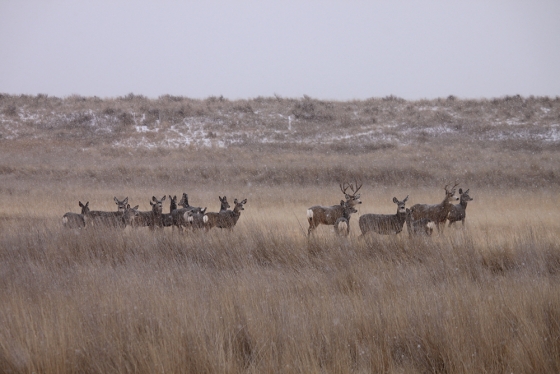 The deer always come out to pose for the camera, but never for the rifle.

I’ve learned a great many things about hunting over the past few months and the seemingly most important lesson being planning your hunt months in advance. I did not. In fact, I passed my hunter’s education class, bought tags and stamps the day before the season began on October 1 in Wyoming. I picked up a leftover type 8 deer license with a landowner permit for white tail does and didn’t think twice on it. In retrospect, I should have.

The next night, my uncle and I went out hunting in Wyoming. After watching my brother leave on deer hunts, my expectations were quite a bit different than the reality of this first hunt. He would get up early in the morning, pack his gear and be gone until after dark. I knew from his stories, he would either climb into a tree stand or walk through the woods looking for deer. With this in mind, I was ready for a long day of walking. What I got was the opposite. 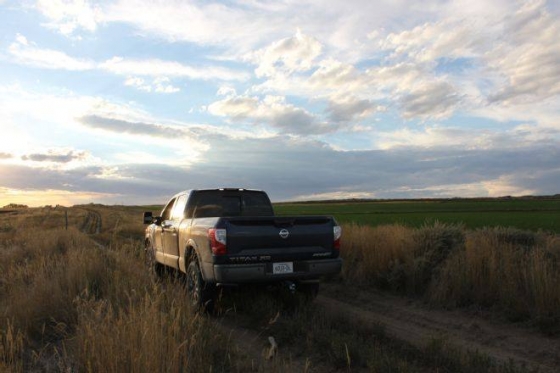 I’ve come to learn hunting out west is a lot different than back east. The fact is there are no big forests to walk through. Instead, we have miles and miles of fields with sparse groupings of trees. Also, the deer hunker down in the corn fields all day and/or in wild grasses or sparse trees along water draws. You could sit out all day staring at a corn field and never see a deer. Instead, they move early morning and late afternoon typically right around sunrise and sunset. Hunting, then, requires being at the right spot during those peak times and just 30 minutes after. It also involves driving (scouting) around.

My uncle has a variety of great hunting spots he has been granted permission to hunt on over the years from various farmers. These farmers understand the need for hunters to reduce the number of deer eating their hay and crops. They simply see the deer as a nuisance. This thinking helped me overcome any concerns about shooting an animal. I see it as doing the farmer a service (as well as the unfortunate driver who hits a deer). Unfortunately, these hunting spots are spread across the rural areas with five- to 10-minute drives separating them. 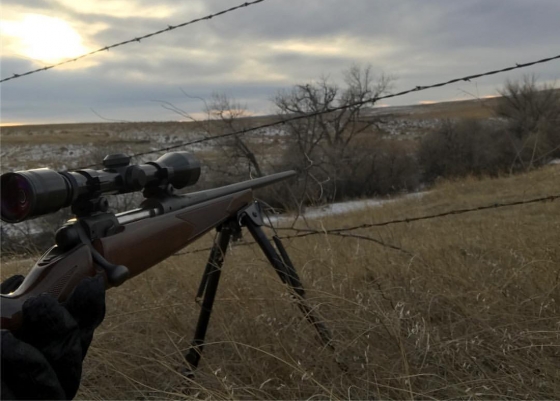 This, then, turns into a game of scouting and luck. As I learned on that first night, you spend a considerable amount of time traveling in the truck rather than walking on foot. The game plan is pretty simple actually. Drive up to a spot, glass the area and then wait a few minutes to see if anything moves. If nothing moves, then you drive on. Sure, you could sit in one spot the whole night, however, I’ve come to learn the deer are either there or they aren’t. Sitting doesn’t guarantee they will come out.

On that first night, we did a lot of driving and glassing the area. We never saw a deer. The corn was still in many fields waiting to be harvested and the temperature was quite warm with daytime highs in the 60s. My uncle informs me the conditions are likely keeping the deer bedded down and out of sight. Yet, another thing I’ve learned hunting then. It isn’t so much about shooting the deer. Hunting is more about understanding the environment, the habits of the animal and timing. That first night, I came to learn how much I didn’t know and merely assumed. I’m sure I’ll get more lessons before I actually pull the trigger. 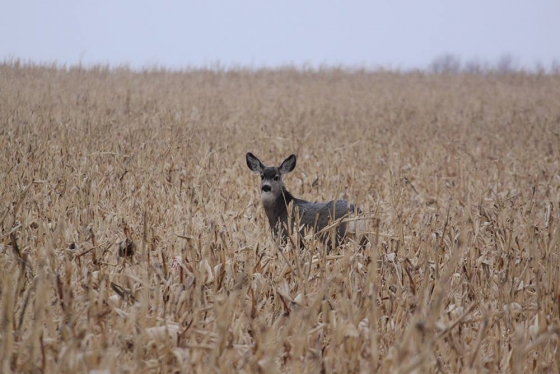