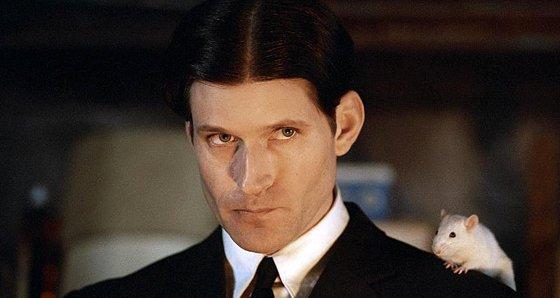 For nearly as long as there have been actors, many have foolishly attempted to create music. Sure everyone expects the Lindsey Lohans and Jennifer Love Hewitts of this world to pump out a CD in-between movies, but these brief “creative endeavors” usually result in nothing worthwhile except for the occasional skanky publicity shoot.

Sometimes however, you come across something so terrible that its very existence makes you doubt everything you thought you knew. We’re not talking about William Shatner’s vocal talents either, there is a certain charm in watching a train wreck of that magnitude in slow motion. No, this list is reserved for that special kind of wrong which is reserved for the darkest shadows of the Internet.

Kevin Costner already hits every resonant note of an annoying blue-collar celebrity, but this tribute to NASCAR elevates him to the Larry The Cable Guy level of country-douchery. Suddenly his attempt at Robin Hood, The Postman, and even Waterworld don’t seem all that bad by comparison. If you’re in that rare minority that doesn’t find anything wrong with this song or video, no mights about it. You’re a redneck.

From his album “Vincent LaGuardia Gambini Sings Just For You” (Yes, his character from My Cousin Vinny), Joe Pesci takes his Oscar-winning persona from Goodfellas to the types of places everyone wanted it to go: the sell-out world of rap videos. Scorcese has had a lot of disappointment in his life, but I doubt anything really comes close to the first time he found out about this. Pay close attention to the lyrics to unearth such nuggets as:

While Hooked on a Feeling may not have been the best song ever made, it still didn’t do anything to deserve this type of treatment. It doesn’t matter how much The Hoff embraces this goofy persona he has built up for himself, normally if someone is responsible for creating something like this they should be wholly and entirely ashamed of themselves. Not proud, never proud.

Crispin Glover has a reputation for being a total loon, but some believe that is all part of his fairly unique persona and the way he markets himself. While it is possible to buy that people like Chuck Palahniuk and Tim Burton are just quirky and weird, this video catapults Glover far out of that category and into the realm of bat-shit crazy.