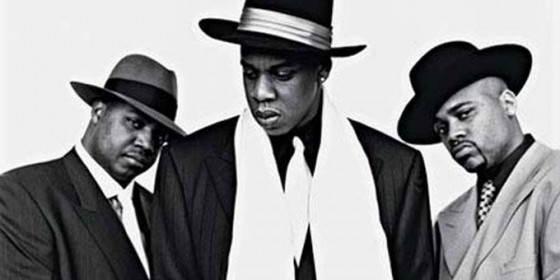 You could never knock his hustle.

Hip-hop music (or rap music, depending on how old you are) is, at its core, a self-help doctrine for the oppressed. Since hip-hop’s beginnings in New York, the music was all about reaching for more. The early bragging and boasting (“My DJ is flyer than yours,” “My chain is bigger than yours”) really was just a way for inner city kids to say they wanted the better things in life.

This is why the aspirational aspect of rap music will get looked at in this piece. Yeah, modern-day rap music is loud, in your face, and at times, brutal. But underneath the menace and intensity lies a more important message: “I want a better life.” Aspiration, baby. Here are five  songs that talk about just that.

Thug, shmug. Biggie (and the rest of the rappers from his generation) were ambitious. Just listen to Big’s first single from 1994. He wasn’t out to be a menace or hurt anyone. He was out for a better life, and if you got in his way, then you’d get punched in your face. This is one of the most nakedly ambitious songs ever made. Sample lyric: “Birthdays was the worst days, now we sip champagne when we thirstaaayy.” It was a Generation X song, but it applies to males of any generation. Listen to this song and see of you don’t want to go out and just… achieve.

There’s a reason why Jay-Z has lasted this long at the top. Besides his smarts and talent, there’s an inhuman drive. And a life lived on the streets that lit the spark. Listen to the beginning of this song, as Jay breaks down the very philosophy of street hustling. Then, the magic happens. Street knowledge, unfiltered.

First off, R.I.P to the both of these men. Second, this song was an anthem (at least among my friends) in the early ’90s. This isn’t sophisticated. It’s not clever. It’s just straight-up. Homie… I gotta get mine, you gotta get yours.

Talk about aspirational. Well, really, this is a plea. It’s a plea from a group of young men to the youth of America. Take some time to put down the weed and the PlayStation 3 controller, and strive for something. This was one of those songs told to young people (especially inner city kids) as plainly as possible. To get anything, you have to try first.

This isn’t just aspirational, it’s inspirational. It’s a love letter to teenagers on the cusp of adulthood and the most intense, desperate expression of “I need this now” in recent music history. Listen to the third verse and tell me you don’t want to just… invent something, right now. Or steamroll anybody who’s in your way. This song wipes away all of Em’s early forays into goofiness. “Lose Yourself” compels you to get back up, dust yourself off, and whup somebody’s ass.